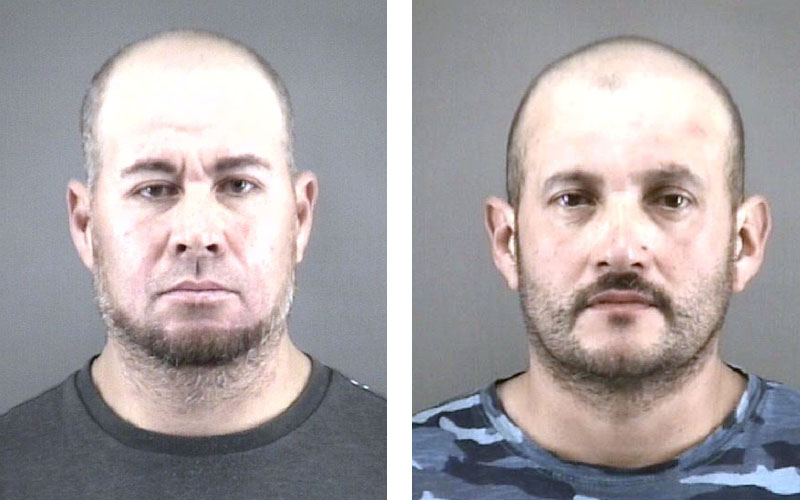 On Nov. 23, detectives obtained intelligence indicating a Mexico-based drug trafficking organization was distributing kilogram quantities of cocaine, fentanyl and methamphetamine within Forsyth County, specifically to particular communities within Winston- Salem. Detectives immediately began investigating and identified a 2015 Jeep Wrangler being used by the drug trafficking organization to transport the narcotics into Forsyth County.

Later that same day, the Jeep was located and a traffic stop was conducted. A search of the vehicle led to the discovery of approximately 2 kilograms of cocaine, 2 pounds of crystal methamphetamine, and 1 kilogram of fentanyl. Two individuals in the vehicle were arrested as a result of the investigation.

Juventino Sanches Castellanos, 39, of Fresno, California, was arrested and charged with:

• felony maintaining a vehicle for use, keeping, or selling of a controlled substance

Castellanos appeared before the magistrate and received a $5,000,000 secured bond. His court date was scheduled for Dec. 10.

Alvaro Chavez Aguilar, 44, of Fresno, California, was arrested and charged with:

Aguilar appeared before the magistrate and received a $2,500,000 secured bond. His court date was scheduled for Dec. 10.

The street value of the cocaine, fentanyl and methamphetamines seized during the course of this investigation totals approximately $576,750.

Anyone with information related to this investigation or regarding narcotics activity located anywhere in Forsyth County is encouraged to reach out to the FCDTF. Anonymously text information, photos and video via Text-A-Tip at 336-920-8477; or anonymously call Crimestoppers at 336-727-2800 for English or 336-728-3904 for Spanish.