“Celebrate!” the new year and 75 years of music making in our community with this riveting and dynamic program. The concerts will begin with musical fireworks and brass fanfares a-plenty as the Symphony’s Assistant Conductor Karen Ní Bhroin conducts Dmitri Shostakovich’s exciting “Festive Overture.” Falletta will take up the baton as award-winning Romanian pianist Dariescu joins the symphony for Edvard Grieg’s stirring and romantic “Piano Concerto.” The program concludes with Peter Ilyich Tchaikovsky’s exuberant “Fourth Symphony” — which begins with raw power and ends in spectacular triumph. 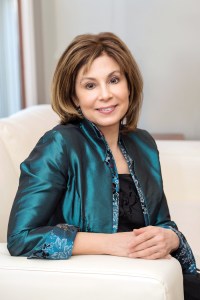 The concerts will take place on Saturday, Jan. 8, at 7:30 p.m. and Sunday, Jan. 9, at 3 p.m. at the Stevens Center of the University of North Carolina School of the Arts, 405 West Fourth Street in downtown Winston-Salem. Tickets begin at $25 and are available by calling the symphony box office at 336-464-0145 or online at wssymphony.org. Please note, all patrons attending Winston-Salem Symphony events must present proof of vaccination or a negative PCR test, and masks are required. For the most up-to-date information, visit wssymphony.org/covid19. 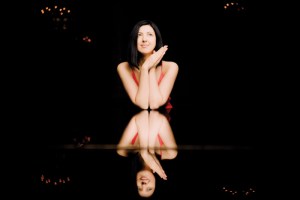 Multiple Grammy Award-winning conductor JoAnn Falletta serves as Music Director of the Buffalo Philharmonic, Music Director Laureate of the Virginia Symphony, Principal Guest Conductor of the Brevard Music Center, and Artistic Adviser of the Hawaii Symphony. Recently named as one of the 50 great conductors of all time by Gramophone Magazine, she is hailed for her work as a conductor, recording artist, audience builder and champion of American composers. As Music Director of the Buffalo Philharmonic, Falletta became the first woman to lead a major American ensemble. She has guest conducted over one hundred orchestras in North America, and many of the most prominent orchestras in Europe, Asia, South America, and Africa. She has won two individual Grammy Awards, including the 2021 Grammy Award for Best Choral Performance as Conductor of the Buffalo Philharmonic in the world premiere Naxos recording, Richard Danielpour’s “The Passion of Yeshua.” In 2019, she won her first individual Grammy Award as conductor of the London Symphony in the Best Classical Compendium category for Spiritualist, her fifth world premiere recording of the music of Kenneth Fuchs. Her Naxos recording of Mr. Tambourine Man: Seven Poems of Bob Dylan with the BPO received two Grammys in 2008, and her 2020 Naxos recording with the BPO of orchestral music of Florent Schmitt received the Diapason d’Or Award. Falletta is a member of the esteemed American Academy of Arts and Sciences, has served by presidential appointment as a Member of the National Council on the Arts during the Bush and Obama administrations and is the recipient of many of the most prestigious conducting awards. She has introduced over 500 works by American composers, including well over 100 world premieres. ASCAP has honored her as “a leading force for music of our time.” In 2019, JoAnn was named Performance Today’s Classical Woman of The Year. After earning her bachelor’s degree at Mannes, Falletta received master’s and doctoral degrees from The Juilliard School. When not on the podium, JoAnn enjoys playing classical guitar, writing, cycling, yoga and is an avid reader. For more information, visit joannfalletta.com.

Pianist and creator of “The Nutcracker and I,” Alexandra Dariescu stands out as an original voice whose fundamental values are shining a light on gender equality in both her concerto and recital programs as well as championing lesser-known works, advocating for diversity and inclusion. In demand as a soloist, Dariescu has performed with top orchestras around the world. In 2017, Dariescu took the world by storm with her successful piano recital production “The Nutcracker and I,” an original ground-breaking multimedia performance for piano solo with dance and digital animation, which has since enjoyed international acclaim and has drawn thousands of young audiences into concert halls across Europe, Australia, China, the Emirates, and the US, realizing Dariescu’s vision of building bridges and making classical music more accessible to the wider public. In the 2020–21 season, Dariescu also premiered the revised Covid-safe version, “The Nutcracker – reimagined” for solo piano, brass ensemble, narrator, and dance with the Royal Liverpool Philharmonic, making it one of the very few Nutcracker performances to happen in 2020. Dariescu has released eight CDs to critical acclaim, the latest disc being her Decca recording with Angela Gheorghiu. After graduating from the Royal Northern College of Music with the Gold Medal, where she studied with Nelson Goerner, Alexander Melnikov, Mark Ray, and Dina Parakhina, Dariescu pursued her master’s at the Guildhall School of Music and Drama with Ronan O’Hora. A former artist of the Young Classical Artists Trust, Dariescu was a Laureate at the Verbier Festival Academy and received the UK’s Women of the Future Award in the Arts and Culture category. In 2017, Dariescu was appointed patron of Music in Lyddington, Cultural Ambassador of Romania and Honorary Associate Artist of the Royal Northern College of Music (RNCM). In spring 2018, Dariescu received the ‘Officer of the Romanian Crown’ from the Royal Family and was selected as a Young European Leader by Friends of Europe. In 2020, Dariescu received the Order “Cultural Merit” in the rank of Knight by the Romanian President and became an Associated Member of the RNCM.