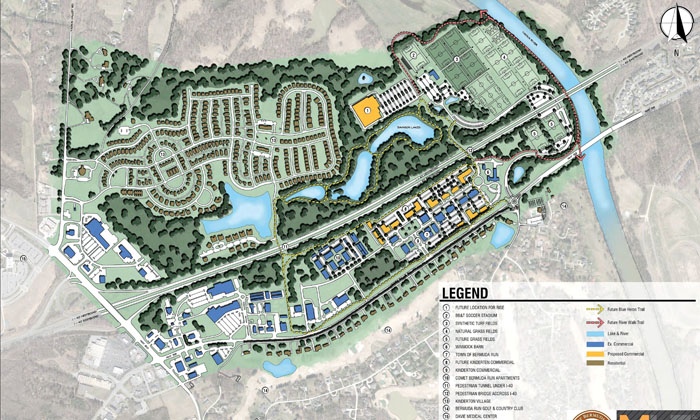 That included a resolution proposed by Rollins that was approved by council in support of a request to the Winston-Salem Metropolitan Planning Organization for additional federal funds for Phase I of the project.

Rollins said that due to the lowest responsive bid coming in higher than the engineer’s estimate, the town will need to ask the Transportation Advisory Committee of the Winston-Salem MPO for an additional $1.28 million in funds to be included with the already approved amount of $1.67 million for a total federal funds of $2.95 million, which requires a local match of $738,000.

“My proposal, if you adopt it, will then go to the TAC of which Mayor (Rick) Cross is a member for consideration at their Jan. 18 meeting,” Rollins said prior to the unanimous vote of approval. “This is going to be a stepped process. I’m relatively confident that the TAC will approve the additional federal funds that DOT, in conversations, will concur with that.

“So when that project is awarded, there will be an updated agreement with DOT for this project at which time the town council will have to approve that. That will be the official approval for the expenditure of funds. So this is the first step in the process.”

Rollins also brought up potential encouraging possibilities with Phase II of the Blue Heron Trail north of I-40, stating that the McAdams firm is looking at feasibility for the next phase and providing more information early in the year.

“But with that, David Putnam, who is with the Piedmont Triad Regional Council, had reached out to me, and he believes Bermuda Run may have an opportunity to apply for further American Rescue Funds dedicated to tourism and recreation,” Rollins said. “That may help us in funding that Phase II. I don’t want an irrational exuberance, but I want you to know we are working behind the scenes to try to put some numbers together with representatives from the Economic Development Administration on this process and how I might propose something for you.”

“With the town tax rate capped at 15 cents per $100, that’s a pretty good deal to be able to leverage funds for what I believe are truly catalyst projects for this community,” Rollins added. 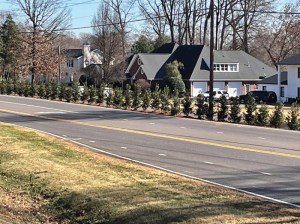 The first part of the meeting focused on the recognition of outgoing council members Chris Fowler and Ken Peacock, followed by the oath of office administered to new council members Mike Brannon and Melinda Szeliga along with incumbent Mike Ernst.

Brannon, who was the top vote-getter in the November election, and Szeliga are both political newcomers while Ernst was first elected to the council in 2017 and will be serving a second term. Ernst also was appointed as mayor pro tempore in a vote by the newly seated council.

In his comments, Brannon said that he was “honored and excited to have been elected to serve this great community. I’m absolutely looking forward to working with the mayor, the council and the town staff.”

Szeliga talked about volunteering in the recent Christmas event in the town and being “inspired by my community and that’s why I chose to serve, so I’m delighted to be here and ready to serve.”

Meanwhile, Fowler and Peacock were honored before the newcomers took over their seats up front.

Cross said that Fowler, who completed a four-year term but chose not to seek re-election, “had a very pragmatic way of looking at things. I think he told me one time that he’s very black and white. Chris has always put forth that, ‘I know there’s a lot of good ideas, but have we thought about this?’ I’ve always appreciated his perspective on things.”

As for Peacock, who was appointed to a council seat early in 2020 but came up short in the November vote, Cross said: “When I say Chris is pragmatic in his thinking, Dr. Peacock has these big, broad ideas that he comes out with a very different thought process, which I thoroughly enjoy.

“I will say about both of these gentlemen, the fact they were on our town council, it’s just a small part of the commitment that they have to our community.”

In other highlights from last Tuesday night’s meeting, the council:

• Heard from Cross that the planting of the new Nellie Stevens hollies by Blakely Landscaping has gone well. “It looks good,” he said. “It’s a nice hedgerow along 158 now.”