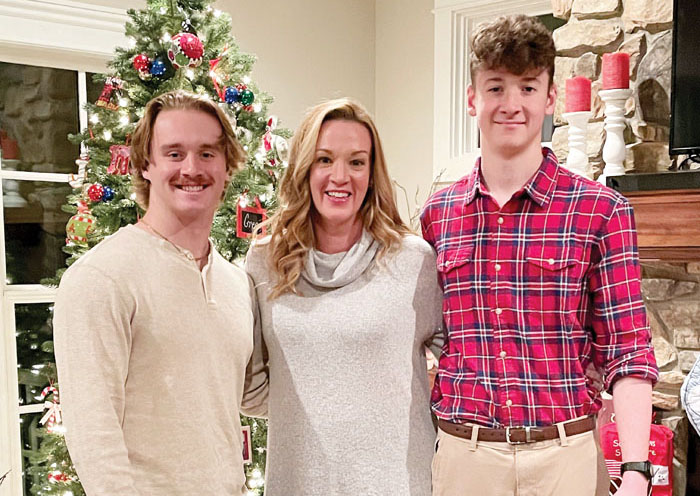 Cathy Irwin grew up in Corbin, Kentucky. The youngest of two siblings, Irwin developed a love for sports and being active. “I was very much a tomboy,” recalls Irwin. “I also enjoyed the escape of listening to music, and that has been something that has been comforting my whole life.” Irwin leaned on both the benefits of sports and music when she lost her mother from breast cancer when she was 11. Although Irwin’s mother was only in her life for 11 years, there were many lessons and values that helped her through life, and eventually as a mother to her own children.

Knowing that Irwin was close to her brother and dad, she chose to attend a college that wasn’t too far from home but still gave her a chance to spread her wings. Irwin attended Eastern Kentucky University. “It was where a lot of us went from high school. I knew I wanted to earn my degree in health care administration. I thought long term that I would be a senior health care administrator in a hospital. The organization and business side of it was very intriguing to me,” recalls Irwin. “Although, my plans got slightly derailed because I met my future husband, Greg, my junior year. Once we met, we began dating for three years before getting married,” says Irwin.

During college, Irwin had worked as an intern in a nursing home. “My goal was to take my licensing test to continue down the health care administration path,” notes Irwin. “I was hired by the facility after graduating, however, Greg was offered a job in North Dakota, so we went there instead of staying in Kentucky,” remembers Irwin. She was offered a position in a doctor’s office handling their hospital billing. “During our first few years of marriage, we traveled the country a lot for Greg’s career. I was able to find work in doctor’s office during our moves,” says Irwin. “When our first son, Jay (19) was born, I initially continued working. I realized very quickly that I wanted to stay home with him full time. We were fortunate that it was an option for us. I can see it from both sides, and it’s hard either way. Everyone does what works best for their family.”

Irwin embraced motherhood. So much so, they welcomed their next son, Mason (15) a few years later. “We had moved to North Carolina in 2004 because of Greg’s just at Reynolds. It was definitely tough not having any family around you. But you figure it out and you find your village. You may not get that date night as often as you like, but we’ve been so lucky to have had so many great people in our lives,” notes Irwin. “I’ve found that being a tomboy myself as a child, I love being a boy mom. I am a bigger Marvel fan than they are. Ironman and Thor may have something to do with that,” jokes Irwin.

Irwin found ways to incorporate herself in the children’s activities and schooling. “I always have loved volunteering at a book fair to raise money. I also have loved volunteering in their libraries at school. I love the smell of a real book and opening it up,” mentions Irwin. “Now as the boys are getting older, they don’t necessarily need me less just in different ways.”

As Irwin has navigated motherhood with older children, she finds joy from a hobby that also helps others. “I had read a book that piqued my interest in knitting and crocheting. I found a local store that taught lessons. I was enthralled with it from the onset. It’s probably the one hobby that has stuck to me like glue,” explains Irwin. Once Irwin’s hobby became an impressive skill, she shared it with others, primarily at the hospital. “Pre-COVID-19 I would go in the NICU and teach moms how to knit to distract themselves from the enduring medical situation they were experiencing with their baby. They could create something for their baby that was made with love. I also helped teach the moms that had to be hospitalized before having their baby too soon. It was a welcomed distraction that could produce something meaningful for their baby regardless of the reason of their stay,” reflects Irwin.

Irwin’s compassion for helping others had always been innate. However, learning to be compassionate and care for herself grew with time and experience. “It’s taken getting older but realizing that taking care of myself make me a better mother, wife and friend. I still may feel guilty about it at times, but I know it’s for the best. I think most will agree that as your kids get older, doing things for yourself are easier,” says Irwin.

One of those “things” for Irwin was training to become an instructor at Pure Barre. “I had always enjoyed working out; however, I tried this new program when they first opened about eight years ago. I loved it immediately. The workout was fantastic, and I loved the music component to it as well. I was hooked. Every time I took a class, I said to myself that I wanted to give teaching a try. I stepped outside of my comfort zone and approached the lead manager who encouraged me to do it. I’m so glad I did because I’ve enjoyed my experience as an instructor ever since I received all of my training,” says Irwin. “Going back to work after being a stay-at-home mom for 17 years is a blessing because I’m able to do something I truly enjoy rather than out of obligation.”

Irwin’s outlet for teaching and working out has helped her also with her father’s Alzheimer’s diagnosis. “Mental and physical health are very important to me. Especially when navigating this diagnosis for my dad,” says Irwin. She is also grateful for her family that is a great support system. “The kids teach me a lot about resilience. My oldest went through his senior year of high school and first year of college in the middle of the pandemic. He handled it with such grace and courage. Now with my youngest beginning his freshman year of high school, I know these four years are going to fly by. It’s cliché, but it’s true that the days are long, but the years are short. I remember that and try to make each day count,” reflects Irwin.