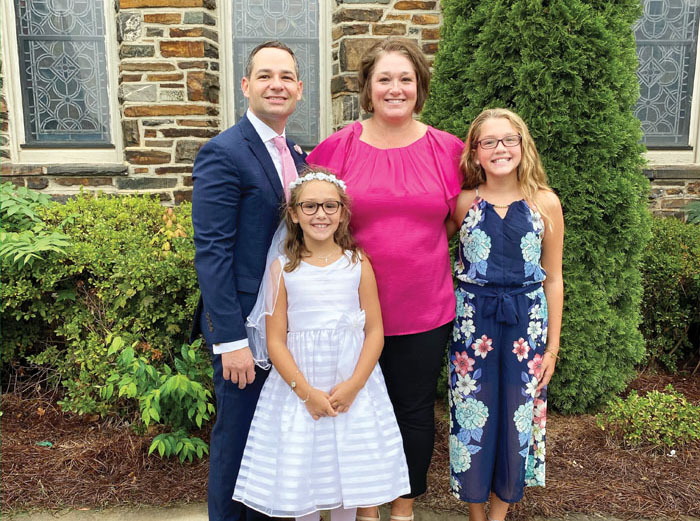 Cody Schoen spent her childhood in southern Illinois. As an only child, Schoen loved playing various sports like soccer and softball. “I never played either of them seriously enough for college, but I enjoyed being active,” recalls Schoen. She also enjoyed the camaraderie of being part of a team.

The outgoing Schoen decided for college she would venture out of the Midwest and head to Memphis, Tennessee, to study. “I chose Christian Brothers University after going on a variety of college tours. Growing up, I attended Catholic school, and when I set foot on their campus it seemed like a good fit,” says Schoen. She wasn’t sure immediately what she wanted to study; however, she chose business for her degree focus. “I wasn’t quite sure what profession I would head into, but it seemed like a logical choice for me,” remembers Schoen. She also immersed herself in campus activities. “I joined a sorority and really enjoyed it. I also became a resident advisor my junior year,” says Schoen. Luckily for Schoen she had a student in her hall who would introduce her to her future husband, Michael. “Michael was a freshman when I was a junior. Once we met, we were inseparable,” recalls Schoen.

Both Michael and Cody knew they wanted to have kids, and three years after getting married they welcomed their first daughter, Charlie, in 2009. “We had just moved down to North Carolina for Michael’s job in banking when I was pregnant with Charlie. It was a tough transition being pregnant in a new town, and not knowing anyone. My pregnancy hormones were intense,” reflects Schoen. “Once Charlie was born though, it was a lot better.” Schoen had gotten a job when she had first moved to North Carolina, however, after having Charlie she knew that she wanted to stay home and care for her full time. “It’s cliché, but everything people tell you about being a parent is true. You love them so much it’s incredible,” notes Schoen.

Michael and Cody added their second daughter, Samantha, to their family just two years later in 2011. It wasn’t long before Schoen became involved in her daughter’s school. “I’ve always loved volunteering at the girls’ school. I was the PTO president for several years. Last year, I subbed when needed at St. Leo Catholic School. It was really nice because parents weren’t allowed in school due to COVID-19, but I was still able to be in there and see them every day. I felt like it was a real perk during that time period,” remembers Schoen. Her involvement at school was appreciated and noticed when a vacancy became available in the kindergarten classroom. “I was offered a teaching assistant position in the kindergarten classroom. I never thought I would be teaching little ones but I’m so grateful for the opportunity because I have loved every minute of working with those 21 little kids. The lead teacher is fantastic to work with, and we have a great time together,” notes Schoen. “The school also has a really good sense of community. I have enjoyed volunteering there with both the church and school since they go hand in hand whether it’s adopting families for Christmas or other outreach opportunities to help others.”

Schoen notes, “This year going back to work has been interesting, because Michael has been working from home more. We’ve had a bit of a role reversal. That’s one of things I appreciate about him. He has always been a strong teammate in our relationship, and he’s helped pick up getting stuff down around the house. He doesn’t keep score. I respect that about him.” Schoen also enjoys how they are also able to spend time together before work too. “One of our favorite things to do together is go to the gym before our day starts. Sometimes we leave at different times in the morning to get there, but we usually go most mornings at 5:30 a.m. Staying active has always been something that’s important to both of us,” mentions Schoen.

Schoen reminds us that it’s important to make the most of the moments with the people who mean the most. As Emily Dickinson once noted, “Forever is composed of nows.”