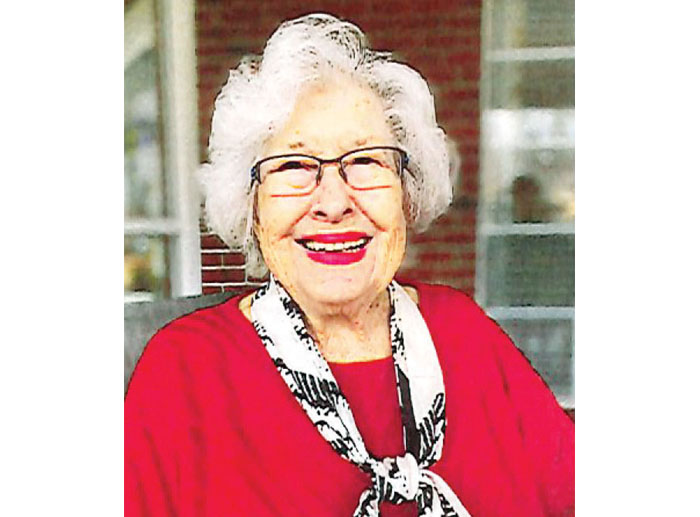 Margaret Ann Johnson McGuire was born January 19, 1922.  She was born at home. Her large family consisted of a younger sister and five brothers.  They grew up in the small town of Four Oaks and had a wonderful childhood. Margaret remembers being allowed a great deal of freedom when it came to exploring the world around their home. Many long walks through fields and forest opened her eyes to the beauty of the world around her.  She also grew up believing she could do anything her brothers could do and was not afraid to try.

Margaret’s mother was a teacher and her father was a tobacconist and farmer. As a girl, she was fascinated at the many steps it took to grow tobacco and had hoped to write about it one day. Her life was full. One of her fondest memories was of family picnics at Holk Lake swimming, eating and playing with her siblings. During the gas shortage, she also has fond memories of riding in a horse-drawn cart with her father.

The years were passing by and soon she had to think about college. She attended two years at Pineland Junior College and then one year at Harbarger’s Business School in Raleigh. Her career carried her from Smithfield to Raleigh working for Smithville Land Bank and the N.C. State Planning Board, to name a few.

In Raleigh after the end of the war, she stayed with a friend that lived near her job. She would walk to work. This daily trek took her past a rooming house and the state capitol to get to her job. It was during this time that she caught the eye of a student of engineering at N.C. State. He lived in the boarding house. Soon the love of music brought them together. It wasn’t long before Margaret would move back to Four Oaks for her wedding to Tom McGuire, the handsome graduate from N.C. State. They were married Sept. 13, 1947, and were married for 69 years. During the course of their life together, they had four children — two girls and two boys. First born was Jan in 1950 and then came Carol in 1952. Tom Jr. was born in 1954 followed by Bruce in 1956. She cared for the children as they grew and made sure of their happiness as they made many moves to and from North Carolina to Tennessee due to her husband’s career in hosiery. Not only was she a wife and mother, she also served as head elder of the First Presbyterian Church in Denver, N.C., and president of the women’s fellowship.

Margaret or “Mimi” as she prefers, is now a resident at Trinity Elms Assisted Living in Clemmons and is loved and admired by all. She still plays bridge, bingo and participates in art activities. The family wishes her the happiest of birthdays as she celebrates her 100th birthday on Jan. 19, 2022.  She will celebrate with her Trinity Elms family that afternoon and with her other family members on Saturday in Clemmons at her son Tom Jr.’s house. It’s a great time to be 100 years young. Happy 100th!