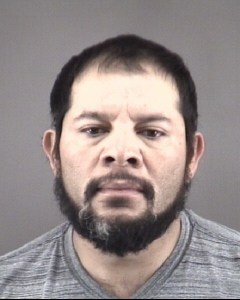 Forsyth County Sheriff’s Office has arrested and charged a man with murder in the death of Bartalome Palacios Mundo.

On Monday, investigators were seeking information regarding the shooting death of Bartalome Palacios Mundo at Hollow Ridge Drive in Peacehaven Mobile Home Park on Jan. 17 in Winston-Salem. It was discovered the shooting was a result of personal differences.

Alex Arnulfo Arevalo-Ramirez, 46, of Winston-Salem was arrested Tuesday charged with first degree murder. Arevalo-Ramirez appeared before a magistrate and is currently in the Forsyth County Law Enforcement Detention Center with no bond.