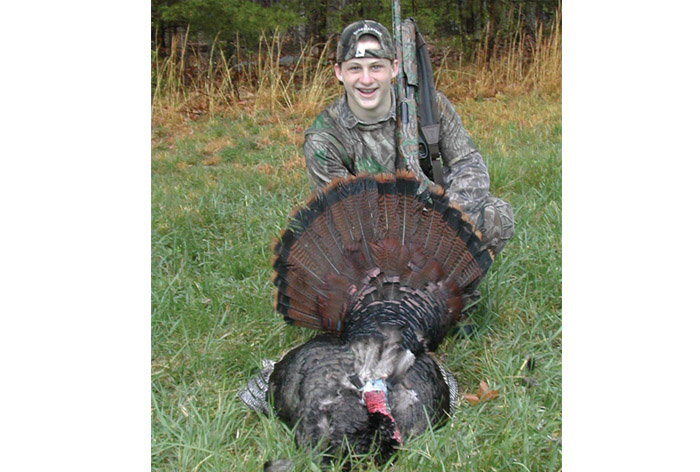 Andrew Kibler, the writer's son, with his first turkey in 2004. 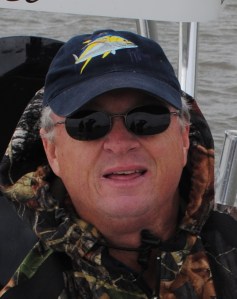 Dan Kibler has been covering the outdoors since 1985 as outdoors editor of the Winston-Salem Journal and later as managing editor of Carolina Sportsman until his retirement last fall.

One thing that the N.C. Wildlife Resources Commission has kept on its plate in recent years has been the need to add to the number of people who are participating in hunting and fishing — especially hunting.

It’s no secret that, nationwide, those numbers have been in decline for a couple of decades, that there simply haven’t been the number of young hunters, heck, any kind of new hunters, showing up to take the place of old guys like me who are, ahem, aging out of the hunting population.

The commission has taken a number of steps to try and attract young hunters, including an expanded youth turkey season, a youth waterfowl day, a youth deer-hunting day, etc. But it has also sought to supply the kind of hunting “education” that many prospective hunters are missing, presenting “how-to” seminars on a variety of subjects, from fly-fishing to processing deer from field to freezer.

The commission has targeted prospective turkey hunters over the past several seasons. North Carolina has a burgeoning turkey population, estimated at better than 200,000 birds statewide, but it doesn’t have a huge base of turkey hunters like its Virginia and South Carolina neighbors who have had large numbers of turkeys and hunters for decades. North Carolina had a statewide flock of around 2,000 birds as recently as the 1970s before restocking efforts helped the population explode.

Several years ago, the commission started offering turkey hunting seminars; I attended one of the first, to see what it entailed, what I might have missed on the way to taking close to 20 birds in the turn of the century, and to take my son, who was a relative novice at that point. Several biologists and expert hunters spoke at the seminars, teaching the basics that anyone should know before entering the woods in April.

With COVID still interrupting up a lot of our daily doings, the commission has moved to teaching hunters about wild turkeys from afar — and that doesn’t mean long-range in shotgun terms, but from a remote classroom.

Next week, the commission will offer a series of three, hour-long “webinars” for turkey hunters, created with new hunters in mind. On Tuesday, Feb. 8, the webinar is “Biology for Hunters, Regulations, Where to Hunt and Scouting.” On Wednesday, Feb. 9, the subjects are “Firearms, Ammo, Clothing and Miscellaneous Equipment.” On Thursday, Feb. 10, it’s “Hunting Techniques and Strategies.” The webinars run from 7-8 p.m. nightly, followed by an interactive question-and-answer session.

Preregistration for the webinars, which will be held via Zoom, is required. For more information, or to register, visit www.ncwildlife.org/sbs. Participants will receive a link to the Zoom meetings. The webinars will be recorded and available to registered participants and a later date.

North Carolina’s spring turkey season is April 2-8 for youth under 18 and April 9-May 7 statewide for all hunters. The daily bag limit is one bearded beard and the season bag limit is two.

Last season’s statewide harvest was 21,974, the second-largest on record behind the 23,431 birds tagged in 2020. Bladen County was the top county in the state last season with a reported harvest of 780 birds.

Six North Carolina bass pros, including Brandon Card of Salisbury, will be in the 56-man field for the Bassmaster Classic on South Carolina’s Lake Hartwell next month.

The tournament, held out of Greenville, S.C., is set for March 4-6. Daily blast-offs will be at the Green Pond Landing, with weigh-ins at the Bon Secours Wellness Center and an Outdoors Expo at the Greenville Convention Center.

Hank Cherry of Maiden, the two-time defending champion, is in the 56-man field, along with Shane Lehew and K.J. Queen of Catawba, Brian New of Belmont and Matt Arey of Shelby. Cherry qualified as the defending champion; the other four qualified through the BASS Elite Series.

Fishermen will be allowed to keep five bass per day, with their cumulative weight determining the champion.

This year will be the third time the Classic has been held on Lake Hartwell. Pro Alton Jones of Texas won in 2008, and South Carolina pro Casey Ashley won in 2015.

Dan Kibler has been covering the outdoors since 1985 as outdoors editor of the Winston-Salem Journal and later as managing editor of Carolina Sportsman until his retirement last fall.