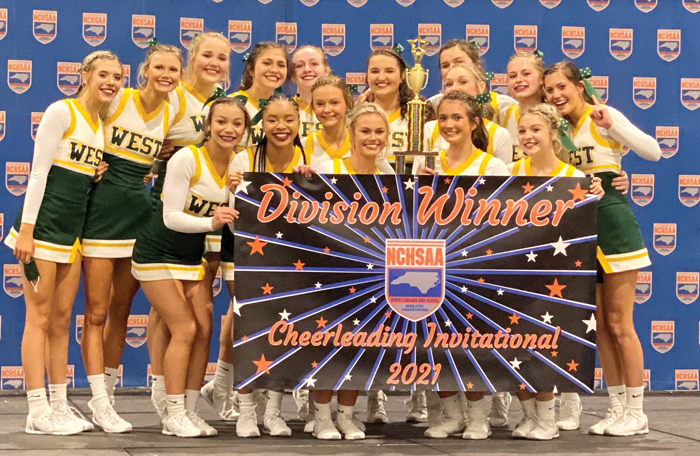 The West Forsyth cheerleaders are headed to Orlando on Thursday to compete in the UCA Nationals in the Game Day Division against the top 30 teams in the country.

The Titans have captured the last two NCHSAA state championships and were awarded the Tar Heel Trophy at this year’s event for receiving the highest score in the competition.