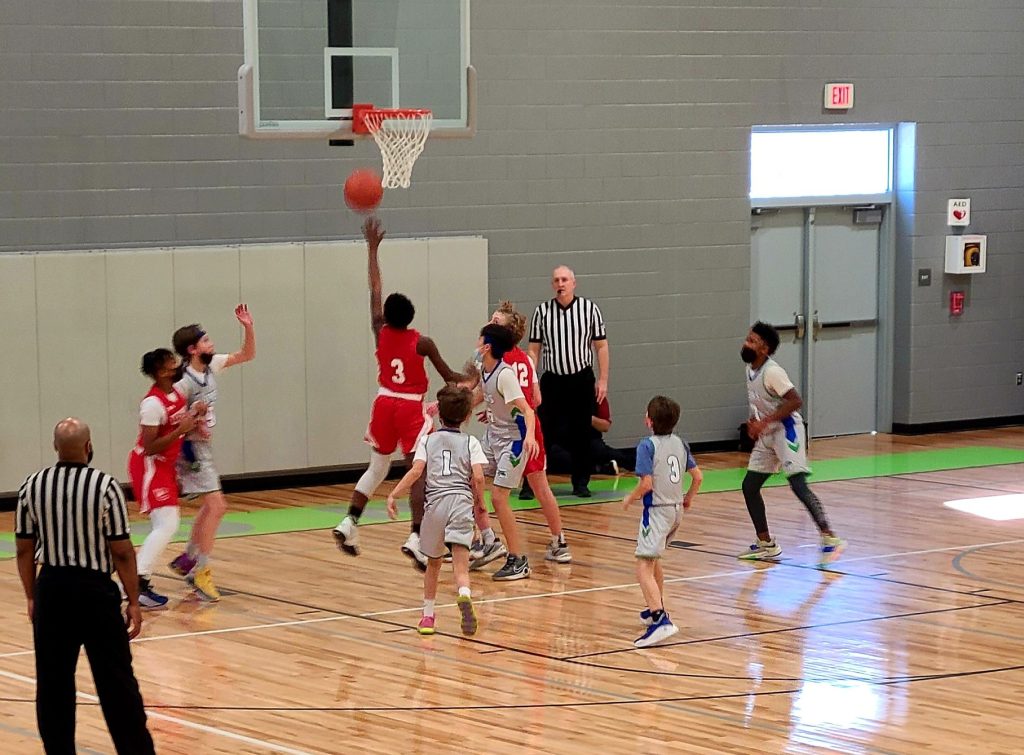 Xavier Mills goes in for a layup

The Clemmons boys basketball teams made their first visit to the newly-opened Lewisville Middle School on Monday and came away with two wins.

The junior varsity boys coasted to a 48-16 win after overcoming a 7-6 deficit in the first quarter. 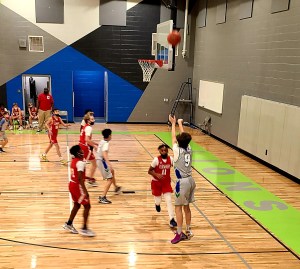 The JV team turned up their pressure defense and held Lewisville scoreless during the second quarter and scored 19 straight points as part of a 24-1 scoring run that bridged the second and third quarters.

Ben Carter scored a game-high 18 points to lead the Cardinals, while Xavier Mills had nine and Carter Walton finished with eight.

The Clemmons junior varsity boys improved to 6-2 this season.

The varsity boys scored the first 10 points of the game and got a balanced scoring attack to pull away for a 47-9 win.

DeMarlo Linville led the Cardinals with 12 points, P.J. Dean added 11 and Chris Gomez finished with nine as Clemmons improved to 7-1 this season.

Both schools will wrap up their seasons this week.

The Lewisville boys will be at home against Philo-Hill on Tuesday and will play at Wiley to finish their season on Thursday.

The Clemmons boys will play Paisley at home on Tuesday and finish their season on the road at Philo-Hill on Thursday.