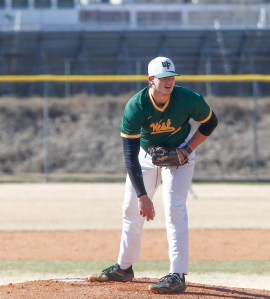 There wasn’t much Harrison Lewis didn’t do right on Tuesday in West Forsyth’s 8-0 season-opening win against visiting Mooresville.
Lewis pitched six no-hit innings and struck out nine before giving way to Cam Wall, who didn’t surrender a hit in the seventh for a combined no-hitter for the Titans (1-0).

In junior varsity action, the Titans also picked up a season-opening 4-2 win at Mooresville.

West will be back in action on Friday night at home against Walkertown. Game time is scheduled for 5:30 p.m.