A mother’s crusade against opioids 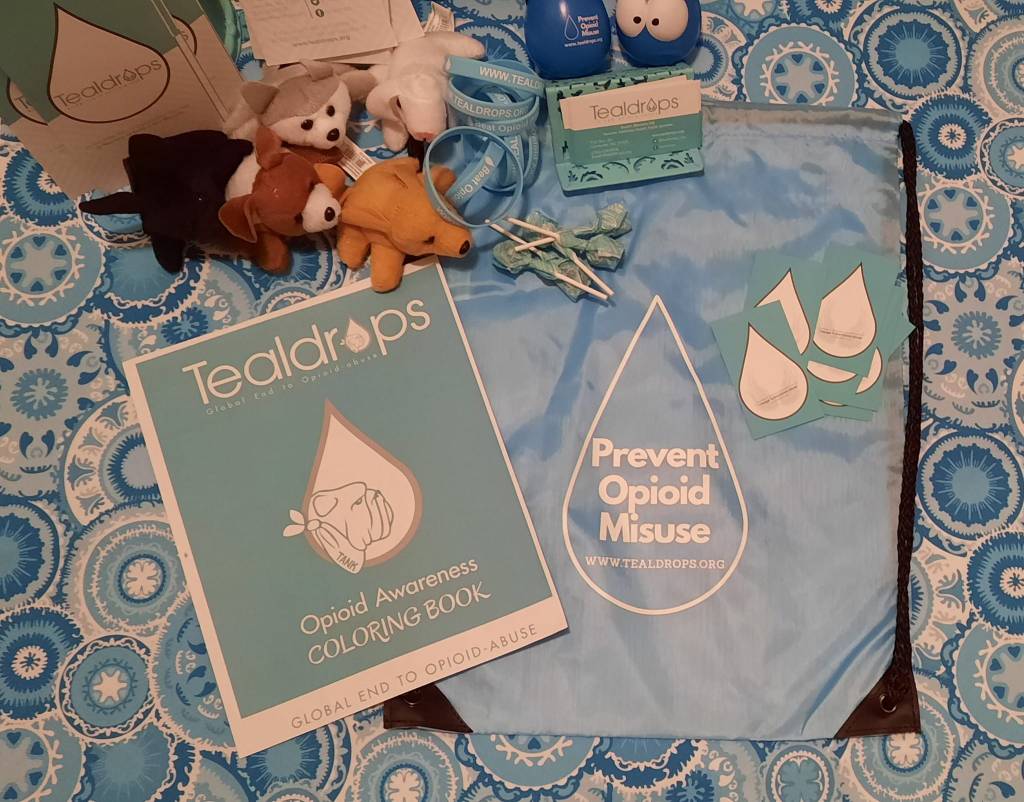 submitted photo These are the items included in the "Preveent Opioid Misuse" kits. Susan Stevens says that proactive measures like these are a way of fighting forward while saving the future in memory of the past

Susan Stevens, who lost her daughter to an overdose, created “Tealdrops” as a way to educate and assist others about opioid addiction

Susan Kelley Stevens is a mother who learned that in a blink of an eye, your life can be forever changed. In January 2018, Stevens received a call that her daughter, Toria, had been pronounced dead because of an overdose. “Like many parents, I had been so ashamed of her using. It was something I would come to regret,” Stevens said.

Toria, a 2014 West Forsyth graduate, was gifted academically, athletically and artistically. After Toria fell victim to a violent sexual assault, her life took a dramatic turn, and she began self-medicating with drugs. The next several years took a toll on Toria. She tried to escape the pain compounded by the suffering she had endured. However, never did Stevens think that on the night of Jan. 22, 2018, she would kiss her daughter for the last time. “I knelt on the floor of my daughter’s bedroom and kissed her goodbye. I promised Toria that she would not die in vain. I didn’t exactly know at that time what that would mean, but luckily God did,” Stevens said.

Stevens acknowledges the role that God has led her on since that fateful day. “I have since learned that it is common after an overdose death for a parent to become manic in trying to make sense of their loss. That is exactly what I did after Toria’s passing. I founded a 501(c)(3) that used a teal tear as a symbol for addiction, recovery and prevention,” explains Stevens. “That symbol has become the pink ribbon of opioids.” Stevens learned that because of the stigma associated with addiction, that often there is a great void in the education component with prevention. “The latest statistics now show that 100,000 overdose deaths occurred in a 12-month period ending in 2020,” Stevens said.

Stevens hopes through education and a grass-roots campaign to reduce those staggering statistics. “It’s important to focus on the most vulnerable, the children. I began creating a brochure to explain opioids, overdose and addiction. I included a seven-step pledge that anyone of any age could take. I encouraged them to visit www.tealdrops.org to learn more without judgment. It was primarily geared towards middle-school aged children, however is also applicable to older people” she said. “Off and on again, I would think of ways to make it more appealing and have the message resonate. I designed a coloring book with the same seven pledge items in a rhyming version. Toria had painted her white bulldog, Tank, when she was still alive which ultimately became the mascot.”

Excited about finding a way to communicate to the most vulnerable, Stevens hit a bump in the road. “After the coloring book was designed, and commissioned to be published, COVID-19 happened. I also was simultaneously attending graduate school to receive my master’s in addiction research and clinical health at Wake Forest University,” she said. Stevens was not deterred. She graduated from the program and became a licensed clinical addiction specialist. Stevens also focused her capstone on complex grief dealing with overdose loss.

After graduating, Stevens got the good news that her coloring book would finally be published. “The artwork was done by Jon Kleckner, an incredibly talented artist that I met through another family who had experienced the same loss of a child from addiction. Ironically, when I first approached Jon, I didn’t realize it, but he had just lost his own bulldog, Lilly. It was initially hard for him to collaborate on the project, but the meaning behind it was impactful,” describes Stevens.

Stevens is excited that her coloring book and prevention kits are being deployed for all of the Forsyth County Sheriff’s Office patrol cars. “I’m grateful to hear that they will be distributed to children present when responding to calls. The kits will include the Tealdrops coloring book, brochure, prevention squeeze tear, crayons, Tealdrops wristband and a stuffed dog all in a prevent opioid misuse drawstring bag,” Stevens said. Stevens presented the kits to Forsyth County Sheriff Bobby Kimbrough Jr. on Feb. 2, 2022. Kimbrough has also shared the devastating feeling of losing a loved one to addiction, when his wife, Clementine, died. “Sheriff Kimbrough understands the importance of education. He was so impressed that he asked to put their logo on the bags and donated to Tealdrops,” Stevens said. “Because Sheriff Kimbrough called the sheriff’s offices of Wake, Mecklenburg, Guilford and Cabarrus counties, they are considering getting them in their patrol cars too.” Stevens’ pro-activity has gotten commitments from Iredell and Rockingham counties to follow suit. “These initial partnerships are just the beginning. I plan to take the kits nationwide and add them to the Tealdrops website in the near future for wider distribution,” Stevens said.

If you are interested in learning more, helping out or donating, Stevens encourages you to visit the Tealdrops website at www.tealdrops.org