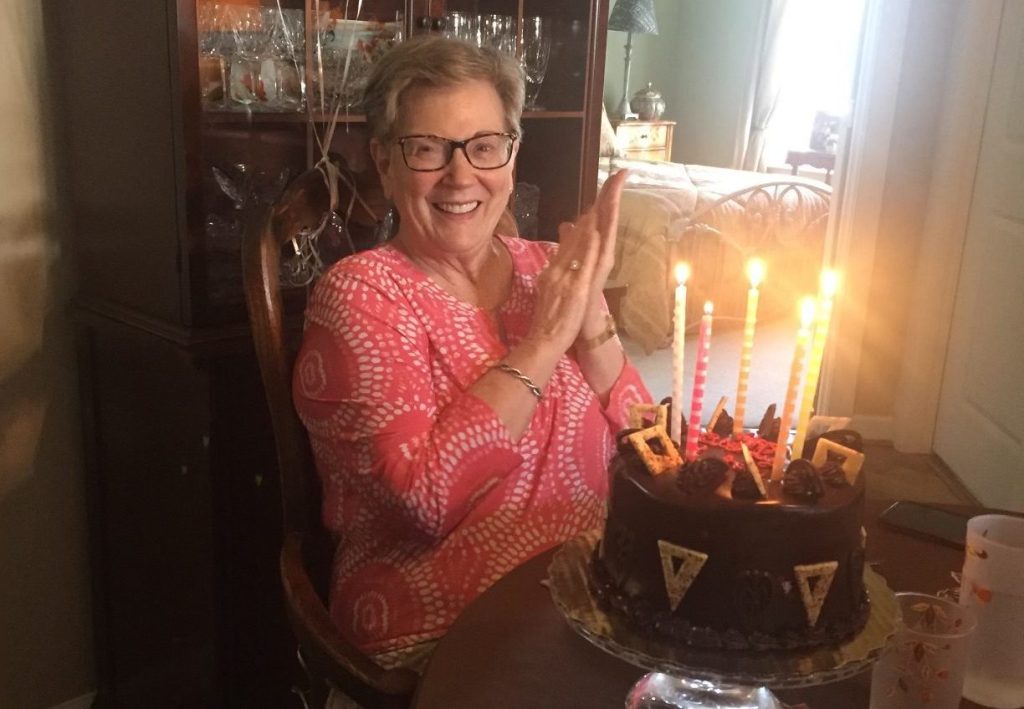 Linda Wayne spent her early years growing up in Roswell, Georgia. “Back then it was a sleepy town of only 4,000,” Wayne said. The oldest of three siblings, Wayne had the good fortune of being surrounded by lots of extended family members. “I had two sets of grandparents, 15 sets of aunts and uncles, and lots of cousins,” she said. “We were all very active because that’s what you did back then.”

Whether she was participating in scouts, 4-H, and something with her church, Wayne enjoyed being involved with her community. “My down time usually consisted of reading,” Wayne said.

Wayne’s love for reading was reflected in her high school years as she served as the editor for her school paper. Wayne simultaneously led her student body as student council president. Wayne knew after high school that she wanted to attend college. She selected Samford College in Birmingham, Alabama. “I chose to get my degree in sociology and psychology while minoring in English,” she said. “My future was also impacted during my time at Samford because I met my future, husband Jim. We got married not too long after I graduated from college.”

Jim and Linda shared a great passion with their faith. Both attended seminary and wanted to continue to be active in church. Linda also went on to get her masters in preschool education. “When Jim got his first job out of seminary, he became the pastor at First Baptist Church in Asheville, North Carolina. I taught kindergarten, and the class wasn’t traditional at that time. I always had about eight observers in my classroom each day that couldn’t talk or communicate with the children because of an educational program they were associated with. It was a bit unusual,” Wayne said with a laugh.

The Waynes stayed in Asheville for about four years before moving to Burlington. “A new church had opened up, so Jim was responsible for helping to get everything started and up and running. At that point I began writing curriculum for 3- and 4-year-olds through the Mission Friends program. It was disseminated nationally and allowed me to work from home after the birth of my first son, Michael (now 51). We had our son Joel (47) just four years later. The kids didn’t even know that I was writing because I had flexibility with writing from home while they were young,” Wayne said.

Because of Jim’s position as pastor, the Waynes made many moves throughout the east coast as they raised their children. Wayne taught preschool, started four different preschool education programs throughout the years, and was asked to teach psychology, sociology and American family courses in various college institutions affiliated with the University of Georgia system. “With the different age levels, I would have to say that teaching the three years was my absolute favorite,” Wayne said.

Wayne was always being challenged to better herself as writer. “I would attend writing conferences that were so intense and focused. You would work with your team of people at the various learning centers. You had to find a way to come together to write your specific piece of the curriculum,” she said. “Aside from the workshops, I found speaking engagements to be beneficial. I was invited to speak in about 22 different states, including Hawaii.”

After 22 years of writing curriculum on a national scale, Wayne realized it was time to change gears. “I woke up on one of my trips and searched for my airline ticket. I didn’t know where I was at that time and called Jim and told him I was tired and wanted to try something else,” she said.

Wayne’s decision to start a new journey led her to becoming the youth and education director for the Paralympics. Helping athletes with physical disabilities on their quest during the international multi-sports events was rewarding for Wayne. “I was 1 of 300 people that applied for my job. I felt so lucky to get the position and opportunity to work with those incredible athletes,” Wayne said. “I never worked such long hours in my life. I developed the mascot, Blaze, the Phoenix, and invented his story. Things you don’t even think about that need to be done, like deciding what the opening and closing ceremony would look like too,” she said. “It was so neat helping at the Sydney games, both Jim and I attended, and watching the fencing portion. It was very memorable.”

Wayne was inspired by what she witnessed at the Paralympics. “It made me want to reach out to Odyssey of the Mind, which is a program that encourages kids to solve a long-term problem and present their solution at a competition. I thought, why not see if these kids could help invent something that would improve the lives of someone living with a physical disability,” Wayne said. “I thought it would be neat to present their ideas at an expo at the Paralympics.” Wayne was blown away by the work and ideas presented by the kids. “The winners were a group of fifth grade students that made a chair lift that could be used in pretty much any setting. It was so well received that it was even featured in a J.C. Penney catalogue,” says Wayne.

Wayne’s efforts were esteemed and noticed by the organization. Wayne was offered a job as vice president of marketing for Odyssey of the Mind. “I stayed with the organization for about 14 years. Even though they were headquartered in New Jersey, I was able to work from home which was before that was as popular as it is today,” Wayne said. Wayne enjoyed attending the students’ competitions which took place in many different states. Because of Wayne’s experience writing curriculum and developing Odyssey of the Mind, she was asked to be part of Destination Imagination. “It was very similar to Odyssey of the Mind, and I helped them write their curriculum. The children would compete against kids from all over the country and even from other countries. Every Memorial Day weekend, their big competition is at places like Disney World and 18,000 innovative students come together. It’s a fantastic experience, and very inspiring,” she said.

Wayne’s undeniable gifts that encouraged many children to try new things and step outside of their comfort zones has always been near and dear to her heart. “Jim and I wanted to make sure that we were a part of our own children and their children’s lives too,” she said.

Wayne has seven grandchildren, ranging in age from 20 to 10.

“Jim and I said often how much we enjoyed that role. Sadly, we lost Jim several years ago. We were married 50 years and 22 days,” she said.

Wayne is grateful for her and Jim’s choice to be close to family before his passing. “We belong to a wonderful church at Clemmons First Baptist. They are and have always been very welcoming,” Wayne said. “Surrounding yourself with family and friends like that are what life is all about.”