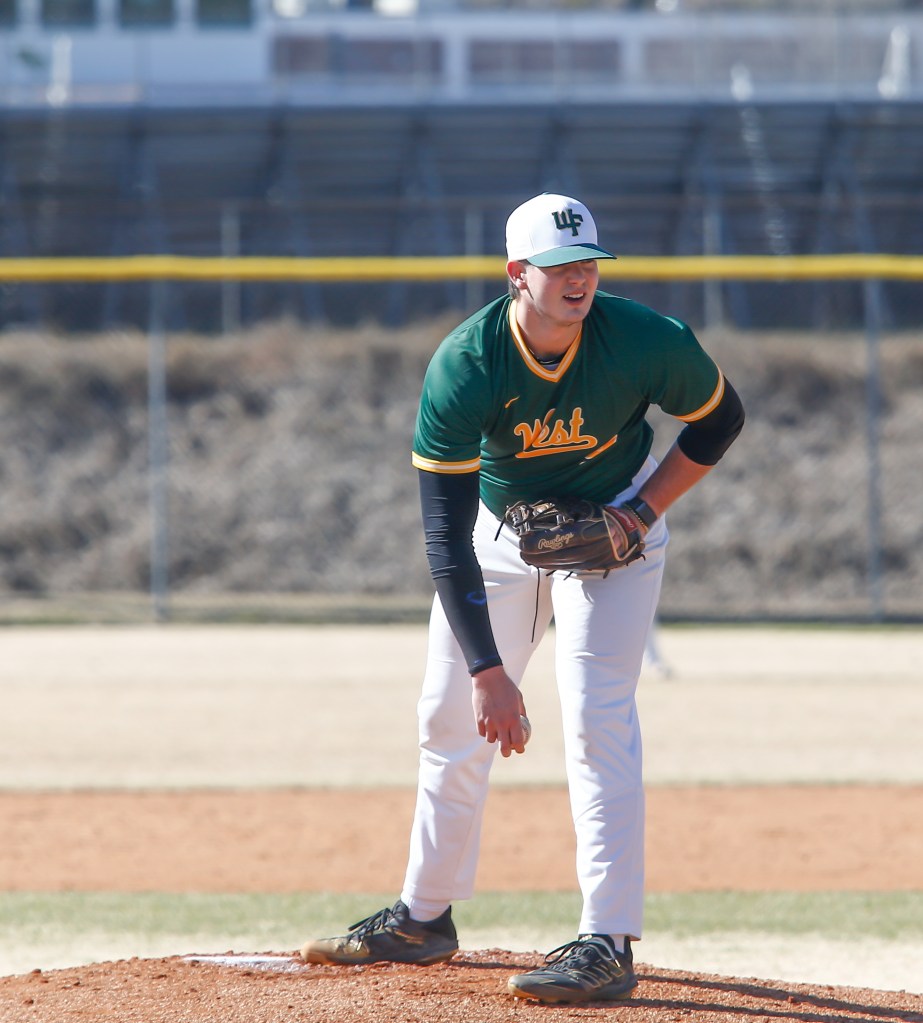 The West Forsyth varsity baseball team won its first three games of the season last week, including a combined no-hitter against Mooresville in the Titans’ first game, and a tournament win in the Jack Moss Invitational after downing Walkertown and West Stokes.

Harrison Lewis, who has committed to UNC, tossed six hitless innings before giving way to Cam Wall, who threw a perfect seventh inning, to lead West to an 8-0 season-opening win against Mooresville.

Lewis struck out nine and also went 2-3 from the plate with 2 RBIs. Parker Lowe scored three runs in the win.

In the championship game, Payton Martin delivered a complete-game, two-hit shutout with six strikeouts as the Titans nipped West Stokes 3-0. Martin also collected two hits, while Lewis, Tyson Merritt and Patrick Showers all had RBIs in the win.

The JV team also is off to a hot start, winning their first three games last week. The Titans downed Mooresville 4-2 last Tuesday, then beat Forbush twice, 17-3 last Wednesday and 12-2 on Saturday.

Conference played opens up this week, with the Titans facing Mount Tabor on Tuesday and Friday.

West turned around defeated North Surry 7-2 last Thursday, coming from behind after trailing 2-0 in the third inning.

The Titans put one run on the board in their half of the third, then added three runs in both the fifth and sixth innings to pull away for the win.

The JV team was equally as impressive, winning their first two games without surrendering any runs.

West is scheduled to take on Forbush on Wednesday in a nonconference game, then open Central Piedmont 4-A play on Friday at Parkland.

West has games against Bishop McGuinness (Monday), Glenn (Tuesday) and Reagan (Friday) scheduled for this week.

The West Forsyth boys lacrosse team dropped their first two matches of the season before pulling out a 13-4 win against Greensboro Grimsley last Thursday.
After falling to Burlington Williams 12-10 in the season-opener and 8-7 to Mount Tabor last Tuesday, the Titans are 1-2 with games scheduled against Glenn and Reagan this week.

West is averaging 10 goals per game and allowing only eight.