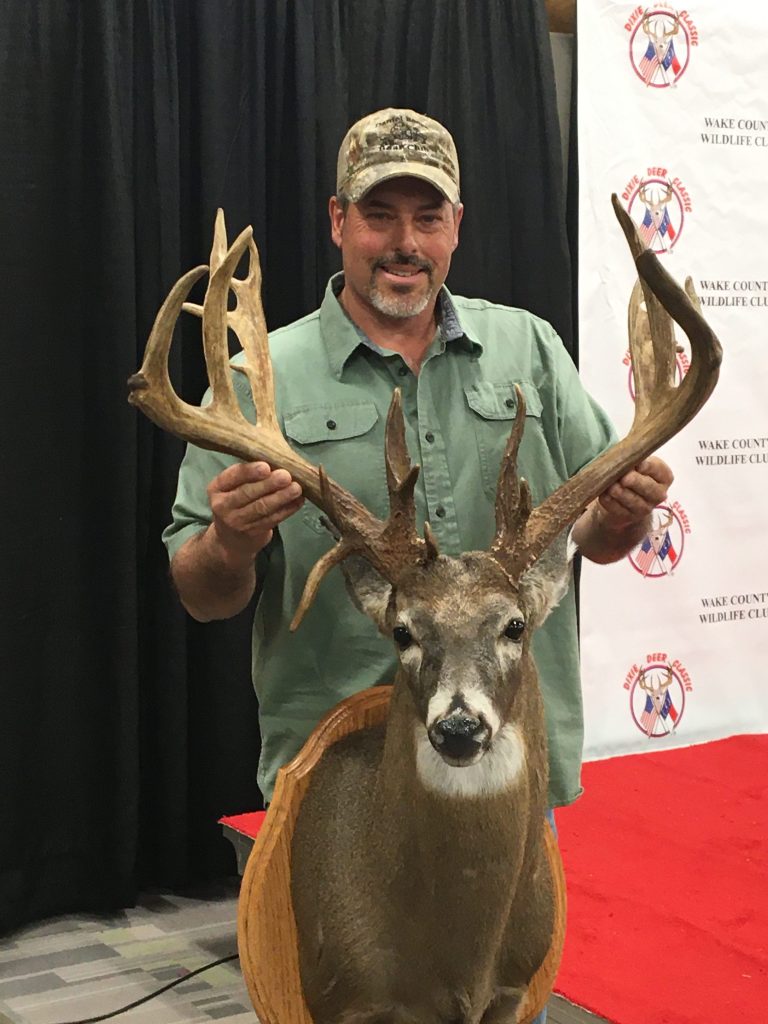 It wasn’t exactly a chance encounter, but Vince Clark of Newland took no chances letting the encounter end too soon.

Last Dec. 7, Clark was in a box blind overlooking an Avery County field where commercial shrubbery is grown, when a huge white-tail deer walked out of the woods. He wasn’t about to let him walk back out.

“I had to shoot him sort of in the neck,” Clark said, because the buck was quartering toward him. “But if he’d turned broadside and taken a couple of steps, I couldn’t have shot him.”

Moments later, Clark squeezed the trigger on his 7mm Magnum rifle, and the biggest buck taken in North Carolina during the 2021-22 season was on the ground.

Clark’s huge buck carried 23 scorable points on a wide, heavy set of antlers that are among the biggest ever killed in the Tarheel State. Scored by Boone & Crockett Club measurers at the Dixie Deer Classic in Raleigh the first weekend in March, the buck wound up with a score of 203, making it North Carolina’s fourth-biggest buck and joining about three-dozen others in the Boone & Crockett Club’s all-time record book.

Because his buck’s antlers feature a bunch of points that are growing haphazardly out of the main antlers, Clark’s buck was scored as a “non-typical” — meaning the threshold for the record book is much higher than a “typical” rack.

The buck has huge brow tines, including one on the right antler that is heavily palmated, and both brow tines feature two sticker points. The longest tine on the right-hand beam has three sticker points; the longest tine on the left two more, and there’s a downward-pointing protrusion off the right antler. The buck has a typical 4×4 frame, a 23-inch inside spread and 15 non-typical points — and weighed 200 pounds on the hoof.

“I found his sheds two years ago,” Clark said. “They were similar, but not as big a frame, not as much mass. You could fit them inside these antlers.”

Clark had trail cameras out, and over the two years he waited for the buck, he got about 15 photographs — but not in any regular order. “Sometimes you would have a photo, then he’d skip a month, then he’d show up a couple of times in a couple of weeks. To my knowledge, nobody else had seen him. But there was no way to try and pattern him.”

The only thing Clark could do was be in the woods as much as possible when the peak of the breeding season, aka the rut, arrived in early December.

“I waited for the rut; I hunted the week that gun season opens up here. That’s the rut. Then one day, he just stepped out. He stood there looking; I think he was looking for a doe,” he said.

One other record-book deer was scored at the Dixie Deer Classic: Christopher Harden’s Moore County monster that is the state-record non-typical by crossbow. It scored 196⅜, barely an inch above the minimum for the record book.

A handful of other trophy bucks were scored at the Classic, including Carl Fleming’s Polk County buck that scored 162 6/8 and was the biggest typical killed in North Carolina last season. Dwayne Bryant’s Rockingham County buck scored 155⅞ and was the biggest buck killed with a blackpowder gun last season. Another impressive buck was the 150 2/8-inch monster killed with a crossbow in Orange County by young Ransom Summers. 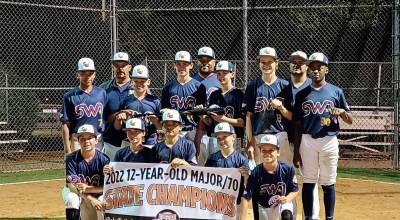