They’ve got the golden ticket! 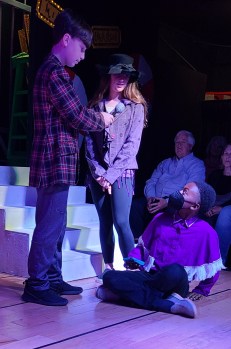 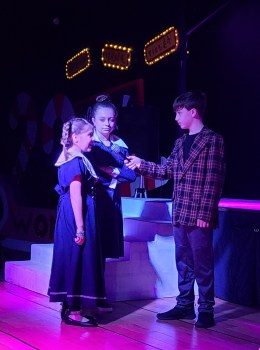 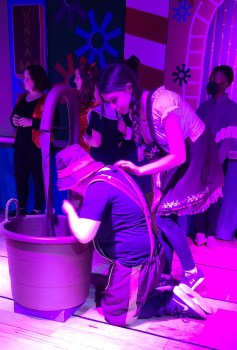 Marc Pruitt photo Augustus Gloop, played by Zack Rolland, enjoys some chocolate despite being told by Willy Wonka that it cannot be touched directly with human hands while his mother, played by Elizabeth Whitley tries to talk him out of it. 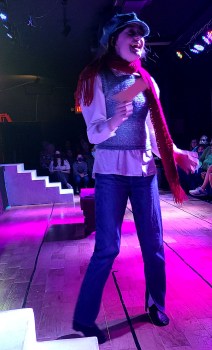 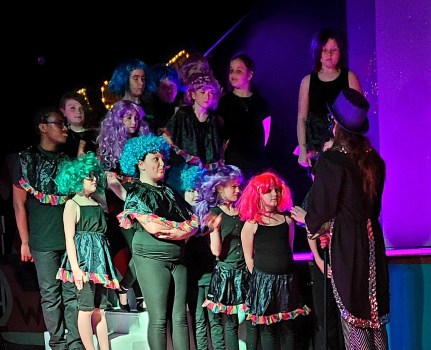 Marc Pruitt photo The Oompa Loompas get instructions from Willy Wonka before the guests who found golden tickets arrive for the tour of the factory. 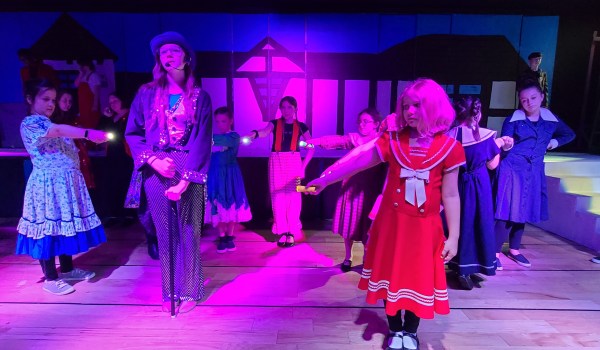 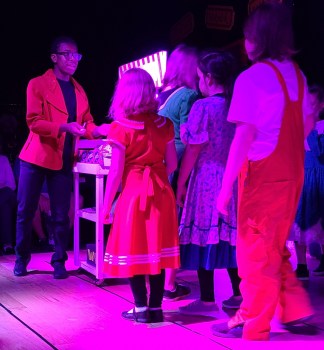 The Creative Drama Children’s Theater wrapped up its production of “Willy Wonka and the Chocolate Factory” last weekend with four shows, two each from the Monday class and two from the Wednesday class.

All photos feature performers from the Wednesday class.

Karen Stutzman was the director of all four shows.

Visit the theater’s website at www.creativedramachildrenstheater.com for more information.