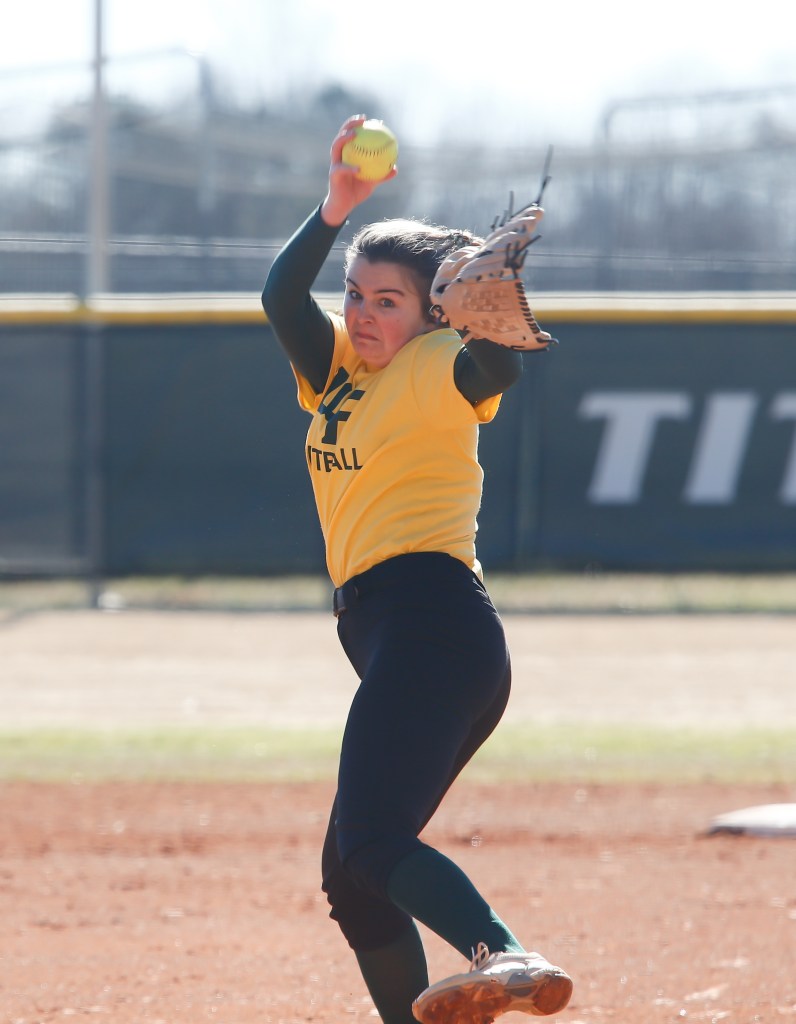 Backed by a strong pitching performance by Cate Etcheson, the Titans downed Central Piedmont 4-A rival Glenn on Tuesday 5-0 to remain undefeated in conference play (2-0).

Etcheson once again proved dominant in a 13-1 nonconference win against East Davidson on Thursday, hurling eight strikeouts as the Titans improved to 5-1 overall.

Hunter was 3-4 at the plate with three runs scored and Emily Mutter was 2-3 with two runs scored.

The JV team didn’t play last week and remains 3-0. The Titans played on Tuesday at Davie and Wednesday against Southwest Guilford.

The Titans put three more in the win column last week to remain unbeaten this season.

West combined for 44 runs in two Central Piedmont 4-A Conference wins against Parkland, then squeaked past Oak Grove 5-4 in extra innings last Thursday. Harrison Lewis delivered the bases-loaded RBI single in the eighth inning for the win. William Price picked up the win against Oak Grove in relief, giving up no runs and one hit while striking out five.

West is now 8-0 (4-0 CPC) and has three games scheduled this week, including two conference games against Glenn on Tuesday and Friday and a nonconference game against Northwest Guilford on Wednesday.

After winning their first six games of the season, the JV team lost a heartbreaker against visiting Red Land (Lewisberry, PA) 2-1 last Friday night to fall to 6-1.

The girls soccer team began conference play this week with a game against Mount Tabor on Monday. The Titans will take on North Davidson on Wednesday. They lost their only game of the week last week, 2-0, against Greensboro Page, to fall to 1-3-1 overall.

The varsity lacrosse team continues to power past opponents and racing to a 7-0 (3-0) record.

The Titans have scored 97 goals in seven games this season while allowing just 19, a little under three goals per game. West stormed to a 15-2 win last Monday against West Stokes, a 15-4 win against Davie last Wednesday and a 14-4 win at Hickory last Friday.

The Titans have three conference matchups this week against East Forsyth, Reynolds and Mount Tabor.