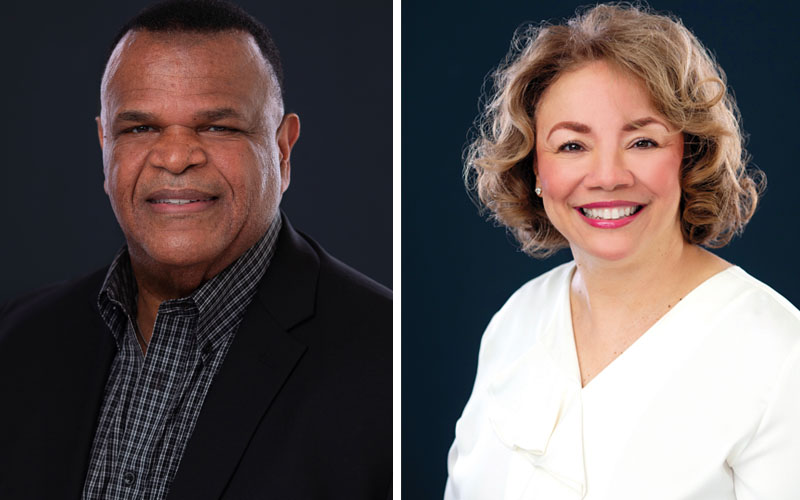 Jackie and Greg Brewer grew up in different parts of New Jersey with a lot of similarities. They both came from larger families that valued church, academics and enjoyed athletics. Greg was originally born in the South Boston, Virginia, area before moving to the Jersey Shore as a child. Jackie spent her childhood in the Princeton area.

As children, they both embraced the enjoyment of similar sports, basketball, baseball/softball, and track. Jackie also played lacrosse and field hockey and Greg was a football standout. When they looked into options for college, they both had been recruited from various institutions. “I remember when I went to the University of Virginia how much I was drawn to the history and the beauty of the grounds. They did an excellent job pairing me up with people from New Jersey with similar interests. That allowed me to feel a connection pretty quickly and make my decision,” Jackie said. Jackie accepted an academic scholarship awarded to her to become a future Cavalier.

Greg earned the endearing and yet intimidating name of “Bear” as a football player for his aggressive and smart tactile moves as a nose guard. Because of his talents, Greg was recruited by Cornell University after receiving various offers from places like Duke and Wake Forest universities. He too received an academic scholarship to attend Cornell. Once at Cornell, Greg played for the first two years of his college experience. “I had career-ending injuries to my shoulder after that point,” Greg said. Greg had already begun to get looks at the next level prior to realizing his fate was ending for football. During that time, Greg had never deterred his attention to academics. Graduating with a bachelor of science degree in labor and industrial relations, he set out to do something in human resources. “I knew that I wanted to do something that dealt with people,” he said. He was given a position out of college at Johnson & Johnson as a general manager for their human resources department.

Meanwhile, Jackie finished up her time at the University of Virginia inspired by frequent visits from Katie Couric. “Katie came back and talked a lot on campus, and it really made me want to look into a career in journalism. I also got very involved with student government and other social organizations while I was a student there,” she said. Jackie ended up earning a bachelor of arts degree in communications. “I began utilizing my degree at Johnson & Johnson in the sales and marketing field right after college,” Jackie said.

Both Jackie and Greg began their professional careers in their home state of New Jersey. “When I was 28 years old, I met Greg at a friend’s dinner party,” Jackie said. “We had a brief courtship and were married in 1990.” Fortunately, Jackie and Greg were able to find professional positions that allowed them to stay in New Jersey as newlyweds. “Jackie and I both share an entrepreneurial drive, and our first venture on our own was in 1991 with Brewer Environmental Services,” Greg said. Greg obtained a master’s degree in organizational leadership management from Thomas Edison State University. They successfully ran their company until Greg went back into the human resources world, and Jackie began a position as the director of development for a program that helped inner city children. “It was a very rewarding job because it allowed children to have opportunities to prepare for college, get their homework done, and I was a mom now myself,” Jackie said. Briana (29) and Bryson (27) were able to have their mom’s help while she managed motherhood and her professional career.

In 2001, the Brewers were presented with a business opportunity for Greg that would impact their family. “We moved to North Carolina in 2001 so I could accept a job as the vice president for Sara Lee Branded Apparel,” Greg said. Jackie’s time at the University of Virginia, and parts of Greg’s family that had remained in Virginia made the move a little less scary for the Brewers.

The Brewers embraced their new community. They became huge Wake Forest Deacon and Winston-Salem State University fans, and began taking their children to football, soccer and other sporting events. The Brewers also enjoyed getting their children involved in extracurricular activities of their own and supporting them on and off the field.

In 2004, Sara Lee was having a huge shift that impacted many families, including the Brewers. “I had been told that we were going to start having to lay people off, and we could move to Chicago if I wanted to stay with the company. I knew it would require me to travel all over and leave the family at home often. Our children had already started making friends and becoming involved with their activities, so that wasn’t an option. Jackie had maintained her job, and I became Mr. Mom while we tried to figure out next steps. So, for the second time in our lives, we decided to start something new,” Greg said. “Something that had resonated with me when I was in human resources was what employees needed and wanted to keep them happy. One of the sticking points was having enough time off to take care of an elderly parent and loved one. Also, having a resource for their loved one to go to that helped manage their care.”

Greg and Jackie began doing research on ways to provide that resource locally. “We found an organization, Right at Home, that we could open our own business as part of a franchise. We took a chance and invested our life savings because we believed in it,” Greg said. “Jackie and I work well together because we know how to collaborate. We have our own unique roles and don’t step on each other’s toes. It’s helpful that we have a background in organizational development that allows us to recognize what that looks like day to day and big picture.” Jackie said, “We knew that if we worked together, we would get it off the ground faster too.” Eighteen years later, the Brewers’ business that has empowered families to provide in home care for their loved ones has proven that the risk was worth it. “It helps that we really believe in what we are doing,” Jackie said. “We don’t just help the elderly; we also provide help to veterans and underprivileged individuals.”

Recently, the Brewers received the Allen Hagger RightSpirit Award from the National Right at Home organization. They were given the prestigious award for their commitment to improving the lives of seniors and adults with disabilities. Involvement in the “Hospital-to-Home” pilot program with Forsyth Medical Center of Novant Health was one of the ways the Brewers did just that. The program for seniors is now being implemented in eight area hospitals, paid for by the “Medicare Innovations”program with the goal of reducing readmissions.

With a successful business under their belt, Greg decided to also tackle a side business in consulting. Greg had a conversation with someone who hired him right out of college. Knowing Greg’s affinity for helping senior executives achieve maximum results for their companies and corporations through effective communication and motivation strategies, he became a part of Guttman Development Strategies.

“I am Brewer Associates, and have the opportunity to work with C-suites from all over the world who want to grow their businesses and make them more successful,” he said. Because of Jackie’s continued involvement as president of Right at Home, Greg has been able to serve in dual roles.

Although the Brewer’s work is very important to them, of utmost importance is giving back. “It means a lot to us because giving back is something that our family believes in. We don’t work to live, we work to give back,” Greg said. Other ways the Brewers involve themselves in the community are by serving on various boards of directors. Greg was on the Shallow Ford Foundation for several years. Jackie is a board member of the SECU Family House, which is an alternative to a hospital waiting room or an expensive hotel for people facing the challenge of out-of-town medical care. Their office also sponsors an internship program through Winston-Salem State University. Jackie and Greg have enjoyed participating in the Parkinson’s Foundation’s “Moving Day,” the “Love Out Loud” Salem Christmas program, the Shepherd’s Center, Cancer Services Inc. of Forsyth County, the American Red Cross, and the United Way of Davie County.

When not volunteering or working, the Brewers try to find ways to also enjoy the arts. Greg serves on the board of directors for N.C. Black Repertory Company which is having a musical festival coming up soon. “We love smooth jazz, plays, concerts and this is an opportunity to involve ourselves with that too,” Greg said. “We have always enjoyed going to Broadway, theater, and this has been a great way to still enjoy those elements here locally,” Jackie said. “We feel fortunate there is so much to do around us. We have a wonderful community to call home.” 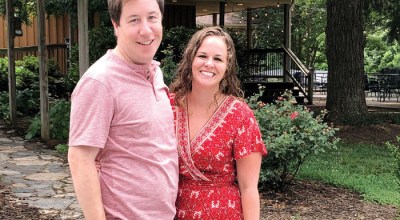 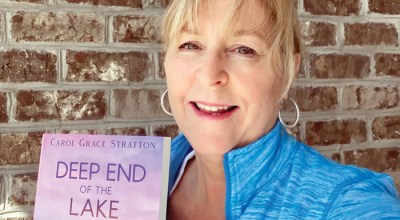 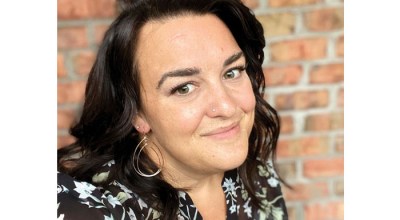