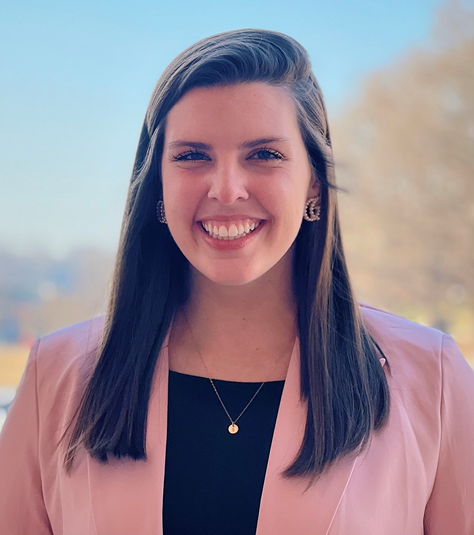 “We’re thrilled that Shelby Mozingo will serve as North Carolina’s representative for the National Cherry Blossom Festival,” said Society President Avery Weisel. “As an accomplished scholar, leader in her community, and proud North Carolinian, Shelby exemplifies all the characteristics of a Cherry Blossom Princess. We look forward to welcoming her to Washington, D.C., to take part in this wonderful experience.”

Mozingo is the daughter of Hank and Leslie Mozingo of Clemmons and the granddaughter of Roger and Wanda Mozingo of Winston-Salem, who were active members of the State Society for more than two decades before returning to North Carolina. Mozingo attends the Clemson University Honors College where she studies biochemistry and psychology with minors in biological sciences, chemistry and Spanish. She is a Psychology Department Davenport Scholar and a member of both Alpha Lambda Delta Honor Society and Alpha Epsilon Delta National Pre-Health Honor Society. Mozingo is on track to graduate summa cum laude December 2022, and plans to attend medical school. Her dream is to serve with Doctors Without Borders or another organization performing surgery in underdeveloped countries.

At Clemson, Mozingo is an engaged student leader. She participates in Student Government as the assistant director on the Executive Committee for Organizations and Outreach, a senator on the Legislative Committee for Innovation and Technology, vice president of member development for the Clemson chapter of Undergraduate Pediatric Society and vice president of recruitment and training for Welcome Week Clemson. Mozingo is a member of the Kappa Delta Sorority and participates in undergraduate research where she served as the senior author on work published in the Journal of American College Health. Additionally, Mozingo works as a university tour guide, a student transition assistant for the Center for Student Leadership and Engagement, and at Lululemon Athletica, Inc.

During her college career, she has competed on the Clemson Crew team, served as an orientation leader, volunteered in the Clemson community, worked at a senior living facility in Winston-Salem, and as a YMCA summer camp counselor in Boomer, Wilkes County. She also coached for a volleyball club where she mentored young girls in the sport and in character development.

The North Carolina Cherry Blossom Princess will join other young women representing their states, the District of Columbia, American Samoa, Guam, Puerto Rico, and the American Virgin Islands. By a spin of a wheel at the Grand Ball, one queen will be crowned among the princesses to travel to Japan, where she will represent the United States.

The events begin Sunday, April 3, with the opening celebration at the Tidal Basin. Highlights of the week include the Japanese Tea Ceremony and Fashion Show on Tuesday, April 5; the congressional reception on Wednesday, April 6; the sushi reception and Grand Ball on Friday, April 8; and the parade and Sakura Matsuri Street Festival on April 9.