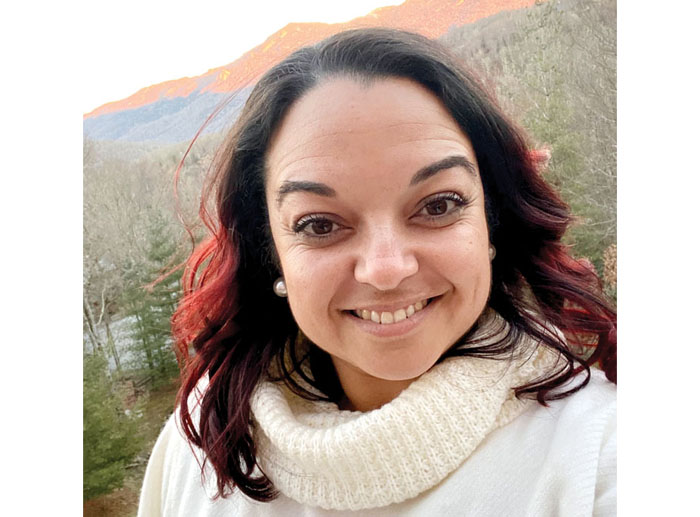 Monique Farrell was born in the Republic of Trinidad and Tobago. “I grew up with a very close-knit family. My older sister and I had lots of cousin sleepovers, and the majority of our fun revolved around quality family time,” Farrell said.

When Farrell was 7, her parents decided to move to Miami, Florida. “It was tough leaving behind our extended family. My parents wanted to ensure that my sister and I were afforded as many opportunities as possible,” she said. “Similar to our time in the Caribbean, we spent the majority of extra-curricular activities in the water for fun. It’s still true today, anything involving the water is where I like to be.”

After moving to the States, Farrell attended Catholic schools that were much larger than she was used to. Because of that, when Farrell was looking at colleges, receiving individualized attention was especially meaningful. “When I had looked at colleges to attend, I was very impressed by the personal attention I received from Salem College in Winston-Salem. Once I met with them, I received frequent phone calls and postcards, and felt very welcomed. It definitely made an impression on me and made me feel like they cared about me as a potential student,” Farrell said. Farrell gravitated towards sociology and religion for her degree with a minor in psychology. “I have always loved people and knew that I wanted a career where I could talk to them,” she said.

Another aspect of finding a career path for Farrell was one that she fully believed in their mission. The obvious first choice for Farrell was to work in the admissions office of Salem College. “I worked in the undergraduate admissions office for about four years as an admission counselor. I really wanted to have the opportunity to help potential students in the same way that I was informed when in their shoes,” Farrell said. “I never regretted my decision to become part of the Salem College community, and I wanted to share that passion with others trying to make a decision.”

After spending four years at Salem College, Farrell went to work at Winston-Salem State University in a similar capacity. Farrell’s new role allowed her to travel often to recruit new students, including internationally. Farrell relished being in a role that allowed her to have the opportunity to help explain the benefits of the university.

“What I appreciated shortly after moving to Winston-Salem as a student, was the sense of community around me. I decided to change career paths from education to non-profit because I’m somewhat of a local cheerleader. There are so many amazing organizations that make this place wonderful,” Farrell said.

Farrell started a position with the Southeastern Center for Contemporary Art (SECCA). “At that point they were still a private agency and I primarily worked on membership recruitment and retention. I also worked on staffing and supervising all of the membership special events,” she said.

After gaining an appreciation for her new role at SECCA, Farrell set out to make a difference at the American Red Cross. “I helped recruit platelet donors,” Farrell said. For the next several years, Farrell continued to serve in similar roles in various non-profits including the United Way. “Relationships are my strong spot, and I enjoy working with people to build them within organizations that are helping in some way,” Farrell said. A member of the Leadership Winston-Salem class in 2014-2015, Farrell found ways to continue to connect herself with the community that she had a great appreciation for.

“I feel so lucky living here. A lot of my friends are in non-profit, so I like supporting them and their respective organizations,” Farrell said. “We have so many hidden gems here locally like the Piedmont Opera. The Arts Council is another place where there are so many great things happening with great leadership.”

Surrounded by many great talented artists, like Lawren Desai, Farrell has found her home at the a/perture cinema as the director of philanthropic engagement. “Our executive director Lawren has so much creativity it’s inspiring. I am in awe constantly of her work. Like many local organizations, we realize the importance of getting the word out, so people know what we’re doing. Being a part of an organization that enriches our community is important to me,” Farrell said.

Farrell’s focus in her career is no surprise given the emphasis placed on family from a young age. “Family always has and always will be so important to me. Although we don’t live close, my new home and community remains near and dear to my heart. Anything I can do to support the small businesses, non-profits, and people behind them gives me great joy,” Farrell said. “These local businesses have to work twice as hard to get their name out there and I think it’s critical for us to come together as a community to support them.”