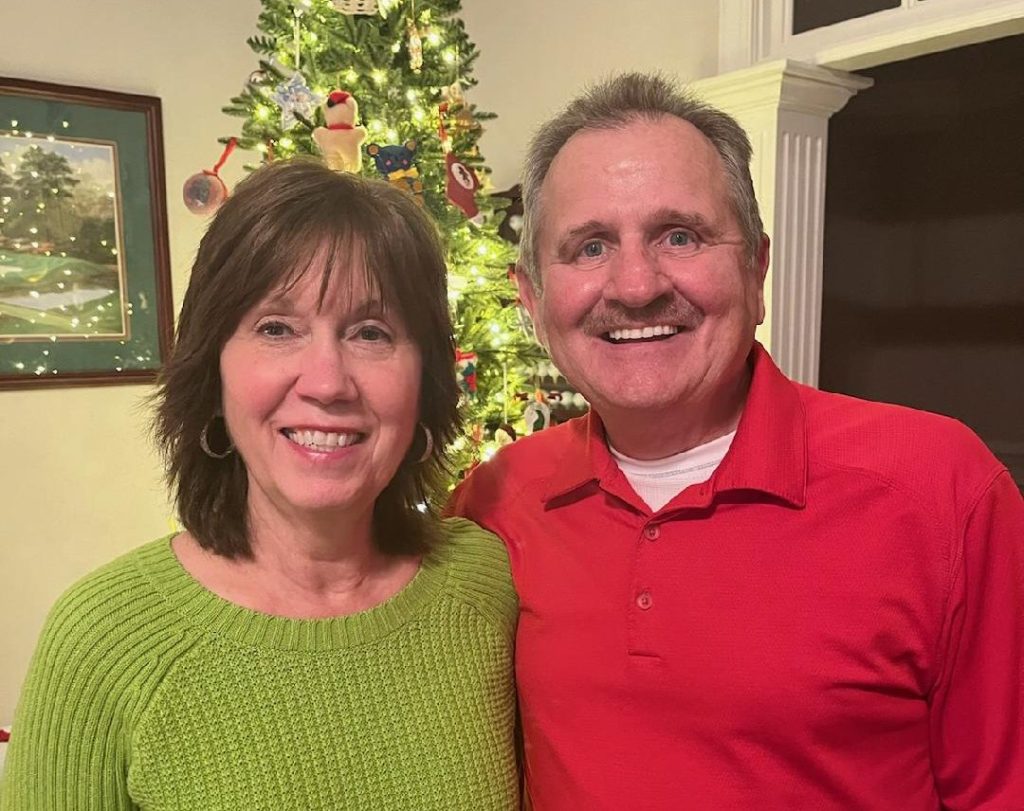 Stan Elrod grew up in Whitmire, S.C., as the youngest of three children. “I had a pretty simple upbringing. I played ball year-round whether it was football, baseball or basketball. I also participated in golf and track,” Elrod said.

Elrod lettered in five varsity sports throughout high school. “My coach for football and baseball was like a father and mentor to me. He was my hero and equipped me with so many life lessons. He taught me that it wasn’t just about the game, and I never forgot all of the valuable advice he imparted along the way,” Elrod said.

Elrod’s athleticism was acknowledged by various colleges including Clemson University and the University of South Carolina. “They wanted me to play baseball, but I really loved basketball. The Newberry College basketball coach told me if I attended junior college for two years then by that time, he would be able to offer me a scholarship. I decided to take that opportunity. I’m so glad that I did because I met my future wife, Linda, at the community college we attended in North Greenville. For that reason alone, it was the best decision I ever made,” Elrod said.

As much as Elrod was passionate about basketball, he was laser focused on becoming a teacher. “It was something I wanted to do ever since I was a kid,” he said. “I studied history and knew once I graduated, I would be wanting to be both a teacher and coach. I’m a pretty practical person, and I told Linda between my junior and senior year that it made sense for us to just get married. She had already graduated and begun working. I had known where I was going to teach and coach after we graduated. I know it doesn’t sound like the most romantic way to propose, but I knew I wanted to be with her forever,” explains Elrod. “We will be celebrating our 50th anniversary this coming July.”

The newlyweds began their lives together, including their new careers, in Sparta, S.C. After a year, they moved to Rock Hill, S.C. where Elrod was a history teacher and assistant basketball and football coach.

“During that time, we also had our children, Angie (47) and Michael (45). Linda brought our kids to everything. I am so grateful that she did that because I know it had to be stressful, but I really liked sharing that with them,” Elrod said.

Family was always important to Elrod growing up. When his brother, Tommy, called him about a job opportunity in Winston-Salem, he gave it a lot of thought. “Tommy was playing golf with then-principal of R.J. Reynolds High School Bob Deaton. Once hearing of the opening for a history teacher and head basketball coach, Tommy told me that I would be a great fit and should interview,” Elrod said.
Elrod came to Winston-Salem to meet with Deaton and immediately felt a connection. “I was shocked at first that the kids weren’t even there because it was lunch time, and they had the ability to go off campus. It felt more like a college campus than a high school one. Bob and I had a great conversation, and I really wanted to accept the position. I knew that Linda had to be on board 100%, so I asked her to come to the school and see it for herself, too. Linda did and after her visit it was a done deal,” Elrod said.

Elrod immersed himself immediately after the move to Winston-Salem. “We had young children, and much like in South Carolina, Linda brought them to all of the school events,” he said. Elrod taught social studies at R.J. Reynolds, was the head coach for the boy’s basketball team for five years, coached football for one year, and also coached girl’s tennis for two years. The last year that Elrod taught history he was still the head basketball coach, and athletic director. “I have always felt lucky because I have never felt like I have worked a day in my life. Being with the students both in the classroom and in a sports setting has never felt like a job. With Linda’s support, I’ve gotten to play my whole career,” says a grateful Elrod.

Elrod’s leadership style, work ethic and charismatic personality made him a natural fit to move into R.J. Reynolds administration. Starting in 1986, Elrod was one of three assistant principals. Just five years later, when Bob Deaton retired, Elrod was selected to replace him as the principal of R.J. Reynolds High School in 1991. “I made the effort to interact with the students. I never ate lunch in my office. It was important for me to sit down with them and listen. I always knew when it was time for me to leave the table,” Elrod said. “Each year I would take the students grade by grade and meet with them without additional faculty there. I would let them know what they could expect of me and what I expected of them. I let them know they could be part of the solution or part of the problem. To this day, I still have students come up to me and repeat that to me from our talks we had each year serving as their principal.”

When rumblings began of a new high school opening up, Elrod was approached to lead the charge of Ronald Wilson Reagan High School. Winston-Salem/Forsyth County had not had a new high school since Parkland in 1965. “I loved being the principal of Reynolds. I had inherited the school with its great traditions, and I wanted to see if I could build something on my own. I know that people were disappointed that I left, but I believe they understood why I did,” explains Elrod.

“I began building new traditions, customs, a strong staff which included teachers from every school in the area,” Elrod said. “When you have a new and shiny school, it helps with bringing in an all-star group.”

Elrod was upfront for how long he planned to stay.

“I told Dr. Don Martin that I would commit to five years at Reagan High School,” Elrod said. “I enjoyed every minute of it. Being in education is so enjoyable. You watch your students grow, succeed, make mistakes and learn from those mistakes. I encouraged them to think critically, asked thought-provoking questions, and aimed to create an environment where they didn’t realize that they are actually learning.”

As Elrod neared the end of his five-year term at Reagan, he didn’t go away completely.

“I am still asked to speak to classes. I also enjoy watching ball games on Friday nights. Even though I don’t know the children as well, I still appreciate the camaraderie around it,” Elrod said. Elrod also still hears from his former colleagues frequently.

“Because of what I’m hearing from a lot of my former colleagues, I have decided to run for the Winston-Salem/Forsyth County School Board in District 2,” Elrod said. “When I was the principal, I knew that if I didn’t show up to work for one day no one would miss me. If a teacher doesn’t show up to school or wasn’t able to do their job it affects 130-140 students any given day. It didn’t take me long to recognize the importance of getting teachers what they need to do their job,” explains Elrod. “I intend to still allow myself to retire, but I thought of all those students I looked in the eye and asked them to be part of solution or part of the problem. I realized how could I not do the same thing when I was in their shoes if I had the opportunity myself.”