Regional tennis tourneys on tap for the Titans 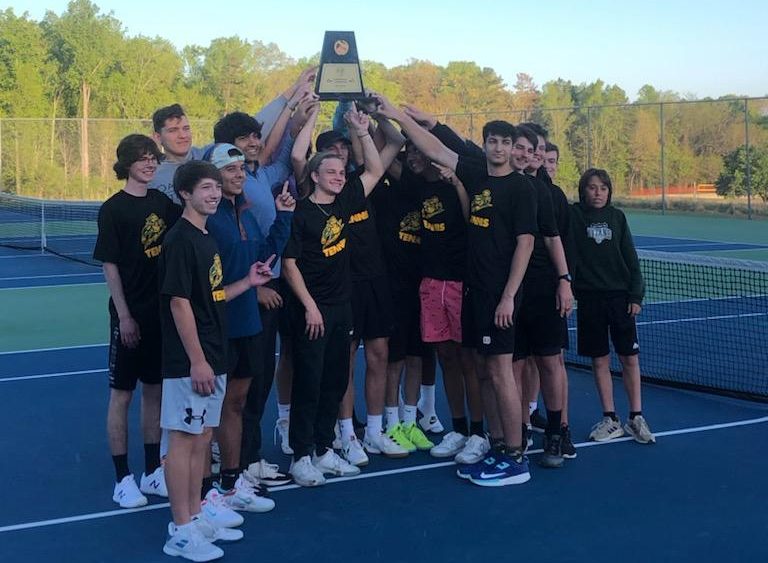 The boys tennis team at West Forsyth will continue its march though the postseason after wrapping up a perfect 10-0 record and a Central Piedmont 4-A Conference championship.

Coach Sara Cranford, in her seventh year as the team’s coach, said that a great group of eight seniors and experience up and down the lineup has been the key for the team this year.

“We were a really deep team this year and there honestly wasn’t a lot of falloff from our No. 3 player to our No. 9 player,” Cranford said. “Most of these seniors have played together all four years and three of them are in our top six players. They have showed tremendous leadership all year for this team and our talented group of younger players.”

Three of those seniors were unbeaten during the regular season in singles play — Josh Lucero, Xavier Lopez and Jeffrey Lyons.

“They surpassed all my expectations all year,” Cranford said. “I knew we might be pretty good heading into the season because of what we had coming back. I thought we might be the team to beat. We were a middle of the pack team last year and only had one player qualify to go to the regional. We kept getting stronger as the season went on.”

The Titans’ depth can be summed up by looking at some of the team’s results. Reagan, the team that finished second in the conference, lost both matches against West by scores of 7-2 and 8-1.

Regional tournaments will begin this week. West will take on Matthews Weddington in the first round of the dual team tournament on Wednesday. Individual and doubles regionals will begin on Friday, where three teams qualified based on their finish at last week’s Central Piedmont 4-A tournament.

“And two of those teams were wildcards and hadn’t really played much together this season,” Cranford said. “It’s very exciting to see this coming together like it has. I’m so happy for this group of players. They are terrific kids and they all pull for each other. In a sport that can easily be about individual effort, they are very much a unified team and it very much feels like a complete effort.”

That couldn’t have been more evident than during last week’s conference tournament at West. The loudest cheers came from fellow players watching their teammates in the singles and doubles matches that were played. Loud roars of approval for winners and match wins and words of encouragement were the norm during matches the Titans played in.

“That’s this team in a nutshell,” Cranford said. “They really are a great group of kids that also happen to be great tennis players. They are a joy to coach and I hope we can keep this going for a few more weeks.”