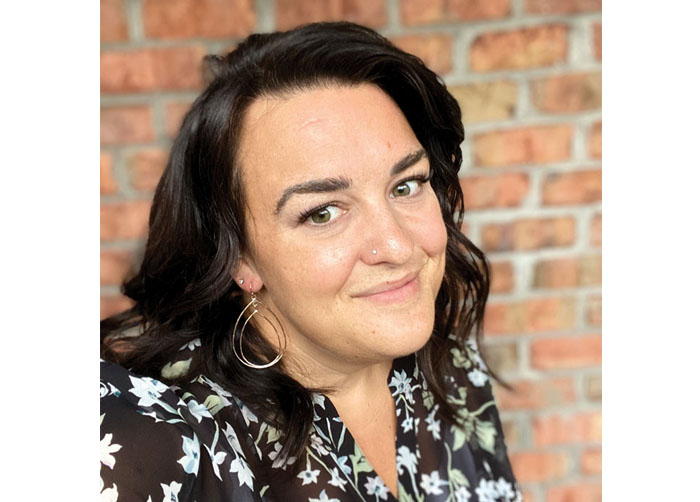 Jocelyn Barnes grew up in an entrepreneurial family in the western part of Massachusetts. The youngest of two, Barnes and her sister enjoyed their days on a 200-acre farm. “It was a hobby farm. We had chickens, pigs, cows, turkeys and horses. All of the meat we consumed was raised on our farm. We had to help around the farm as much as kids could in between schoolwork and activities. I had a lot of cherished memories on it with my sister and friends,” Barnes said. “Friends enjoyed coming over during the summers because we would play in the pool and had plenty of fun outdoor activities to partake in.”

During the school year, Barnes enjoyed sports like field hockey. She also met her future husband, Chris, her senior year through sports. “Chris went to a school about 40 minutes away,” Barnes said. “He was a junior when we met so I went to cosmetology school at home, and once I graduated got my first job where he went to school in Vermont.”

Barnes began her career as a stylist while Chris finished his four-year undergraduate program. “When he completed his undergraduate program, we moved back to Massachusetts. Chris began working for my mom’s business in 2008 which was started by both of my grandparents. They had owned and operated a nursing home. I was styling hair during that time frame,” she said.

Barnes loved utilizing her creative outlet with her profession. She also knew she wanted to add an additional role to her life as a mom. “I had a new appreciation for conception because we had to go through fertility treatments. It’s hard because you don’t expect it to be so difficult,” Barnes said. Son, Brock (10) was born while they were in Massachusetts. Three years later, Brysen (7) was added to their family. Feeling grateful for their new blessings, Barnes decided to build her dream home. “Initially when I graduated from high school, like many teenagers, I thought we might move out of Massachusetts and live somewhere different. I was beginning to re-think that and wanted to build a home we could raise the kids in. However, after we did that, we realized we needed to re-think where we would live. My mom had sold the family nursing home business, and the new owners restructured everything unexpectedly, so my husband was out of a job. My sister was living in North Carolina, and we decided to expand Chris’ job search out of state. Luckily, Chris found a job first at Catholic Charities before ending up at Wake Forest Baptist Health,” Barnes said. “I was working on a part-time basis doing hair and raising the boys.”

Barnes decided as the boys got older, she was ready to do more full-time work. “My brother-in-law offered me an office manager position in his optometry practice, and I began working there in addition to part time with hair,” said Barnes, who currently works at Aveda. “I’ve been doing that for almost four years now. If I’m not in the optometry office, I typically still do hair three weekdays in the evening and every other Saturday. I couldn’t give it up completely because I enjoy it so much. I love getting to create. I’m moving over to the Stratford area off Ricks Drive very soon to a new location and I’m really excited about that space.”

When not honing her entrepreneurial spirit that has played a big part in her family, she’s enjoying her time with her kids and their activities. “I’m definitely a boy’s mom. I’ve got that figured out for sure. And mine love to play all day and all the time. I also love being an auntie to my sister’s kids. They always know who to ask if they want something,” she said with a laugh. “Although it didn’t seem like it at the time, when we had to readjust and move to North Carolina several years ago, it really has turned out to be an amazing experience. Being close to my sister and her family, and our neighbors in our neighborhood has been such a wonderful place to raise the boys,” Barnes said. “It is a strong sense of community and belonging.”