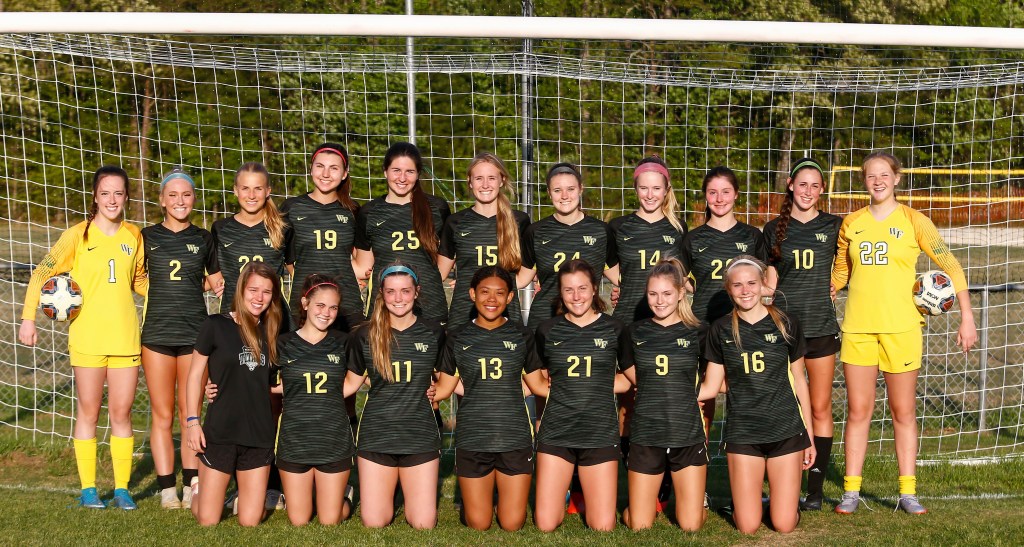 After winning only one of their first five games, the West Forsyth girls soccer team was able to turn around a struggling start to forge a six-game winning streak and proceed to defeat every team in the conference and remain unbeaten in league play with a 9-0 record with three games left on the schedule in the regular season.

After those early season games, my saying was to ‘just trust the process.’ And they did, but still, you can only trust for so long before you see results. We kept making adjustments and changes, but the process remained the same. Once they started seeing results, that made them feel a lot more confident,” Coach Scott Bilton said.

Between the disruptions of COVID, as well as players who were new to the team, new to the school and new to their positions, it took some time for the Titans to hit their stride.

“I think it just took us a little bit to really bond together. Having team dinners and regular functions really helped bridge that gap after a couple weeks of early season struggles and frustrations. I feel like it really came together,” Bilton said.

The senior players are the only class to have experienced a “normal” season, which is why senior captains Shelby Lowder, Christy Lauffenburger, and Caroline Dailey, who all made the varsity team their freshman year, have been crucial to establishing team culture.

“They have been the pivotal piece of getting us back to what we know West soccer to be like,” Bilton said.

“Each of those three have done it in a different way, but I can’t be prouder of what those girls have done. They’re good players too, but more important is the leadership that all three of them have shown.”

Earlier this season, Dailey played through an ankle injury, but has recently been forced to take time off because of a serious concussion. She has been out since April 19, but is hoping to to play on Senior Night, May 9.

“Not having her on the field slows down the play, and the competitiveness drops a tad,” Lowder said.

Without Dailey and two other starters, senior Maddie Shearer and sophomore Sydney Konkler, the team suffered a loss to the No. 1 team in the state, Ardrey Kell, on April 23, but still held their own with a final score of 3-1.

Under the leadership of Lowder and Lauffenburger, the team bounced back with wins against Wilkes Central and Glenn, and then picked up a definitive victory against long-time rival, Reagan, 5-1 on Monday.

“This game definitely proved to ourselves how far we’ve come this season. The first time we played Reagan, they dominated the majority of the play and we went into overtime, but this game we clearly won,” Lowder said.

The Titans’ defense has been stellar and has allowed just four goals in conference matches, three of which have come against Reagan in their two meetings.

Bilton’s outlook for the state playoffs is very bright.

“I think the sky’s the limit…I really feel like we can beat almost anybody, we just have to be hitting on all cylinders,” Bilton said.

Regardless of the team’s record, Bilton says he’s happy that the girls are getting to experience a more traditional season.

“I can’t stress enough how excited I am that we have at least a quasi-normal year and that the senior class is getting to experience this again because it just stinks when you miss out on all those opportunities,” he said.

Janie Peterson is sports editor for the West Forsyth Zephyr.