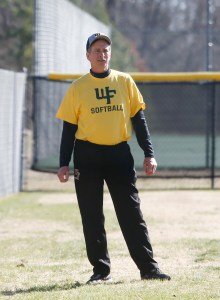 No. 3 West Forsyth will take on No. 1 East Forsyth Thursday night in the championship game of the Central Piedmont 4-A softball tournament.

The Titans, fueled by two shutout wins from pitcher Cate Etchason, have been strong this week in wins against Mount Tabor (10-0 in Monday’s first round) and in the semifinals against Davie County (9-0 in the semifinals on Tuesday).
Tuesdays win against Davie was even more significant since the Titans lost both regular season meetings between the teams.

West jumped on Davie early, pushing six runs across the plate in the first inning. Sydney Horton and Abby Hunter started the game with back-to-back singles and Olivia Chappell delivered a three-run double. Six different batters recorded at least one hit in the game.

“Our defense played the best game of the season with no errors and several great plays,” Coach Kevin Baity said.

The win against Davie raised West’s record to 18-6.

Thursday’s game will be played at East Forsyth with a scheduled start of 7 p.m.

East has defeated West in both of their previous matchups this season—9-1 on March 29 and 4-0 on April 28.