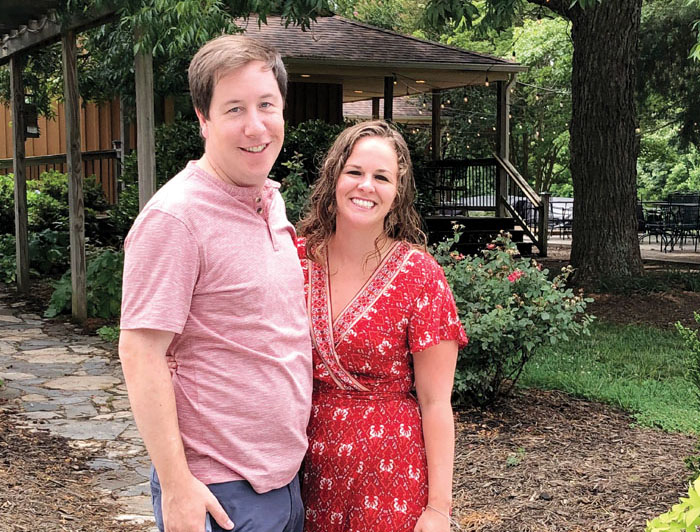 Julia Reilly spent her childhood in Merritt Island, Florida, as the oldest of three siblings. “We are a close family and living where we did in Florida spent a lot of time outdoors together,” Reilly said. “We went boating, to the beach, and went camping.” Reilly also was active in sports from soccer to competitive cheerleading.

Reilly spent a lifetime witnessing die hard Gator fans as many family members were graduates of the University of Florida in Gainesville.

“All my family members since my grandparents have attended UF,” Reilly said. “It was a no-brainer for me when it came time to deciding where to attend college. I loved watching their sports programs and knew that it was a good education.”

Reilly decided to pursue a degree in business administration. “I had no idea exactly what I wanted to do with that degree, but it seemed practical. I chose to specialize in travel and tourism,” she said.

After graduating from Florida in 2012, Reilly lived and worked in various places like Tampa, Florida, and Austin, Texas. Reilly’s initial professional experience included working for an IT company, Big Sur Technologies and then and then Austin Eye Clinic. “I liked working with people and those office managerial and executive assistant positions allowed me to do that. I also helped work on marketing, event planning, and internal operations which was of interest to me,” Reilly said.

When Reilly saw an advertisement for a position at Bermuda Run Country Club she was intrigued. “It was for a regional field specialist, and although it was quite the move, I decided to apply for it,” she said.

“When I came down to interview for the position, I really clicked with the person who interviewed me. I knew it was the right fit.”

Out of 180 applicants, Reilly stood out above the rest and was offered the position.

Reilly is glad that she made the leap of faith because she has grown since her initial position with Bermuda Run. She was promoted to membership relations director in 2017 and then the membership director in 2019. Reilly has been responsible for retaining and growing membership, coordinating member events, marketing and social media efforts, club communications and management.

“I really have enjoyed working at Bermuda Run because it is a private but inclusive country club that offers a lifestyle for families and couples which a lot of event opportunities too,” Reilly said.

One of the ways that Reilly likes to get to know more people in the community aside from being the face of Bermuda Run is by giving back. Currently, Reilly is on the board of directors as the vice president of networking for the Lewisville-Clemmons Chamber of Commerce. “We have about 270 members and what I love most is how closely we get to work together. This past weekend was the annual Clemmons Community Day which had such a great turn out. I loved seeing how many local businesses and members of the community got together to support each other and enjoy a fun event,” Reilly said.

Reilly participates in the Greater Winston-Salem, Inc as an ambassador for its chamber. Reilly also serves as a board member for their subgroup for members under 40. Playing to Reilly’s strengths, she enjoys engaging with individuals in an environment that works to improve the climate for business in the local area of Winston-Salem and Forsyth County.

Reilly likes working with people but does not forget her love for her four-legged friends, either. The proud mom of two cats and one dog was recently part of AARF’s largest fundraising event for the year, Party for Paws Gala. “It takes many hands to pull events off. I helped with it, and really enjoyed myself. I have a real soft spot for helping animals,” Reilly said.

Reilly stays busy with both her professional and philanthropic pursuits, however, she still is reveling in her most recent milestone, becoming a newlywed. “My husband, Sean Powers, and I recently got married in a ceremony at Tanglewood Chapel. We met when he used to work at Bermuda Run in the golf program. Our reception was at Krankies Coffee which is owned by a friend of ours. Everything about that day was wonderful,” Reilly said.

“We hope that we are able to do more traveling now too. We did a little bit of a reverse honeymoon and went to Ireland for eight days before we got married. Sean is Irish and I love trying something new. Now that the world has started opening back up again, we’re hoping to do a lot more traveling and taking on new adventures.”