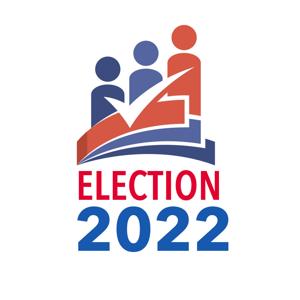 Deanna Kaplan, Alex Bohannon and Leah Crowley advanced to the general election in November for the Board of Education in the Winston-Salem Forsyth County Schools after receiving enough votes during Tuesday’s primary.

Kaplan, the current chairwoman of the board, and Bohannon are Democrats. Kaplan received 14,443 votes, the most of any candidate running for school board. She is running for one of the three at-large positions on the board.

Bohannon received 3,053 votes in District 1 to finish right behind Trevonia Brown-Gaither, who got 3,091. There were no Republican opponents running in the primary for District 1, meaning both Bohannon and Brown-Gaither will likely have seats on the board after the November elections.

Crowley finished third in the crowded Republican race for District 2, which has four seats on the board, with 7,770 votes. Robert Barr, who previously was elected to the board in 2014, had the most votes with 9,214. He is a former teacher in the school system. Stan Elrod, a retired principal, athletics director and teacher in the system, was second with 9,062 votes. Steve Wood picked up the fourth slot with 7,455 votes, beating out incumbent Lida Calvert-Hayes, who had 6,750 votes. Crowley, Elrod, Barr and Wood will square off with Democrat Jennifer Castillo in the general election in November.

Richard Watts, a retired principal and teacher, was second in the at-large race for Democrats with 13,867 votes, the second-most votes received by any candidate. Sabrina Coone-Godfrey was third with 11,775.

Sarah Absher led the Republican charge for the at-large seats, receiving 9,837 votes. Michael Hardman was second with 9,702 and Allen Daniel was third with 7,482, Those three will square off against Kaplan, Watts and Coone-Godfrey in the general election.

All nine of the positions for school board are up for grabs in November. Five current members did not run for re-election — Dana Caudill Jones, Andrea Bramer, Elisabeth Motsinger, Marilyn Parker and Malishai Woodbury.

In the race to compete for retiring U.S. Senator Richard Burr’s seat, Ted Budd emerged from a crowded pack to secure the Republican nomination. Cheri Beasley, the former Chief Justice of the N.C. Supreme Court, won the Democratic nomination.

Fox has served in Congress since her election in November 2004.

Kaplan’s husband, Ted, was unsuccessful in his re-election bid for an at-large seat on the Forsyth County Board of Commissioners. Dan Besse, a former member of the Winston-Salem City Council, upended Kaplan with 12,704 votes. Kaplan has served in various roles in state government, including stints in the North Carolina House of Representatives and N.C Senate has been a county commissioner from 2006-2010 and again since 2014.

In the Democratic primary race for N.C. District 74, Carla Catalan Day topped Sean Lew with 3,443 votes (68%).
She will face incumbent Jeff Zenger in the general election in November.

According to the Forsyth County Board of Elections, there were a total of 43,495 ballots cast at 108 precincts on Tuesday, 16.45 percent of eligible voters.