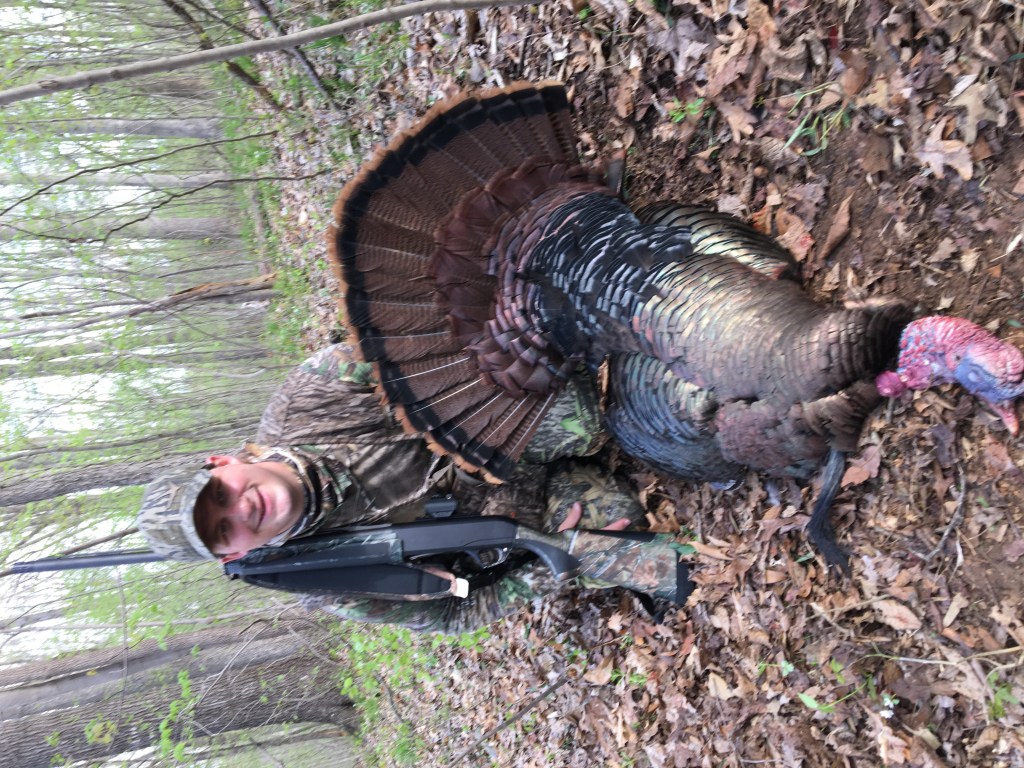 For the first time in several seasons, my son and I didn’t contribute to North Carolina’s wild turkey harvest during the month-long season that ended a couple of weeks ago.

We only had two gobblers on preseason trail cameras, and one of them disappeared before opening day. The other tom, a big rascal we nicknamed Elvis, well, he left the building after dueling with my son on the third Saturday of the season. I had the safety on my shotgun off twice, with the turkey in range, but he never presented a worthy shot.

Apparently, ours was an unusual season, because according to the N.C. Wildlife Resources Commission, it was a great month for most turkey hunters, the harvest breaking the 20,000-mark for only the third time since the commission started keeping records in 1977.

Some of the numbers are, well, staggering. Just a decade or so ago, it was uncommon for an individual county to break the 300 mark, and that was usually Caswell County, one of a handful of great counties along the Virginia border that typically headed up the harvest; Alleghany, Ashe, Stokes, Rockingham and Person were others.

This spring, more than 300 birds were killed in 21 counties, and from the Virginia border counties, the only one present was Rockingham, with 354. The harvest is now being dominated by counties in the southeastern farm belt, roughly those along the I-40 corridor between Raleigh and Wilmington and their neighbors.

Hunters in Duplin County tagged 748 birds, and four more counties had harvests of better than 500: Bladen (569), Penderon (565), Columbus (541) and Brunswick (518). Twenty years ago, those counties were just being stocked with turkeys the commission trapped in other counties or obtained from other states through the National Wild Turkey Federation’s “superfund.”

But don’t let the numbers deceive you. The leading counties are all sprawling, largely farming counties drained by countless waterways. They are huge, many with better than 500 square miles of habitat, so even in the best areas, hunters are still taking slightly more than one turkey per square mile — numbers that are matched by smaller, traditionally turkey rich counties of Northwest North Carolina and the Northern Piedmont.

The percentage of jakes — yearling male turkeys — in the harvest was around 16, which has been about the standard over the past handful of years. Hunters passing up jakes are generally rewarded with more mature, gobbling birds in subsequent seasons.

The N.C. Division of Marine Fisheries put in place a few new regulations on the shrimp-trawling industry in state waters, but they were nothing close to what conservation groups and groups representing recreational fishermen wanted.

On May 15, Shrimp Fishery Management Plan Amendment 2 went into effect. It prohibits shrimp trawling in the Carolina Beach Yacht Basin and Bogue Sound and its tributaries, except for the Intracoastal Waterway, prohibits all trawling in crab spawning sanctuaries and puts a limit on the amount of shrimp that can be caught in cast nets and kept by recreational fishermen: 48 quarts heads-on or 30 quarts heads-off.

DMF also made a great-sounding promise but relatively worthless promise to look at other areas of concern in the shrimp-trawling fishery — high-minded statements that will never have any impact as long as the N.C. Marine Fisheries Commission is voting for almost every commercial-fishing interest over those of recreational fishermen. Currently, recreational fishermen outnumber commercial fishermen in North Carolina by about a 50-to-1 ratio.

Conservation groups have argued that the shrimp-trawling industry causes tremendous damage to North Carolina finfish; for every pound of shrimp produced by trawlers, surveys indicate that several pounds of juvenile finfish — croaker, spot, speckled trout, gray trout, mullet, menhaden, you name it — are sacrificed. And trawling is allowed throughout the sprawling Pamlico Sound, one of the east coast’s great nursery areas for species of fish popular with the hook-and-line crowd.

And the commission will likely codify another terrible decision next week when it meets in Beaufort. It will discuss giving final approval to Amendment 3 of the Southern Flounder Fishery Management Plan, which cuts the recreational creel limit for southern flounder to one per day — during a six-week August-September season — and allows commercial fishermen to continue to boat 70% of all flounder annually harvested in North Carolina, despite flounder numbers that have been falling appreciably.