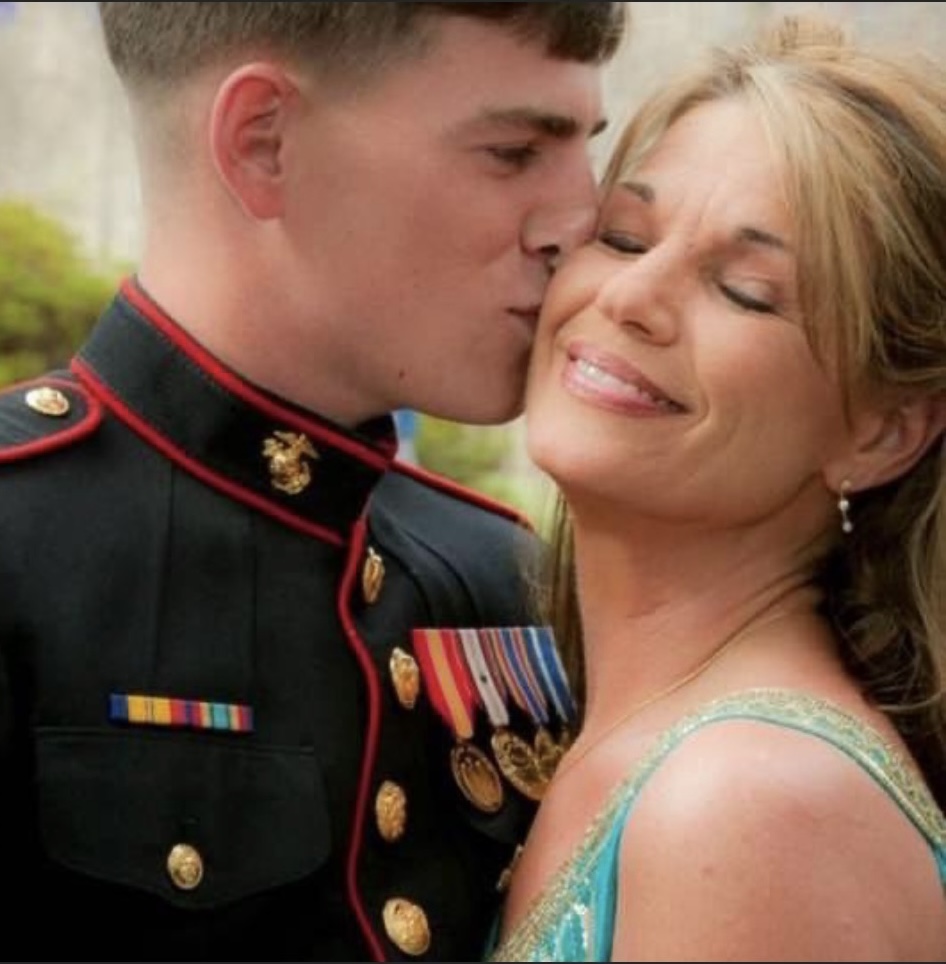 Pam Shehan grew up in Greenville, Mississippi, with a house full of siblings.

“Family has always been very important to me,” Shehan said. Shehan was born in the middle of two brothers and two sisters.
“One of my brothers passed away tragically in a drowning accident when he was just 14,” she said.

Her love of animals helped sustain her during tough times as a kid. “I had horses growing up, and really enjoyed riding.”

When Shehan graduated from high school she went to community college. “I had the ambition of becoming a veterinarian,”Shehan said. “God had a different plan for me. My oldest son, Donnie was born in 1991.” Shehan chose to pursue a degree in beauty school to have a more flexible schedule. Just four years later, Shehan gave Donnie a brother when her son, Brandon (26) was born. “At that point in time I was a full-time mom. I got married when I was 28 years old. I had gone back to school in order to become a lab tech at the local hospital to help support our family,” Shehan said.

Shehan’s husband shared her love of animals, especially horses. They opened a horse farm and ranch. “We stayed married until 2007. At that time, Donnie was 18 years old, and my mom wanted to move to North Carolina. I decided at that point I wanted to join her as my divorce finalized,” Shehan said.

Shehan’s oldest, Donnie, decided to join the United States Marines. “A recruiter had come to his high school. He promised Donnie a life of service that was much different than he experienced. My son was proud to serve. Donnie also wanted to go to college and not put the financial burden on me,” Shehan said.

Donnie was on a tour in Afghanistan when Shehan was involved in a near fatal car crash.

“My doctors suspected that I would not make it. Word was sent to Donnie, and they convoyed a mail truck to get him home to say goodbye to me,” she said.

Miraculously, Shehan survived and her son was sent back to finish out his six weeks from his tour in Afghanistan.

“When Donnie came home, he didn’t initially talk about what happened. I could tell he had changed. He suffered from Post-Traumatic Stress Disorder (PTSD),” Shehan said.

“Donnie and I had always been close. He always shared things with me. When he finally started sharing about what he witnessed while deployed, I realized how much it impacted him. He witnessed so many dead bodies, including those of his friends and supervisors. However, what truly broke Donnie’s spirit was seeing a 5-year old girl whose legs and arms had been broken by the Taliban. The Taliban had strapped a bomb to her body, and she was crying in agony and pain. Donnie and his soldiers could do absolutely nothing to help her. Donnie wanted to save her. He said he never stopped hearing that child cry,” Shehan said.

When Donnie got out of the military he was a proud dad himself.

“Donnie always told me that his children were his greatest accomplishment,” Shehan said. “Donnie also went to college after being in the Marine Corps at Ole Miss for four years to become an English teacher. He always wanted to save the world, however, he decided on a different path to do so.”

Shehan too had expanded the family when she adopted her daughter Chloe.

“I remember when Donnie first met her. She was just a tiny baby and he worried that he would break her. He started saying to me immediately how much he loved his new baby sister. He adored her from the moment he met her,” Shehan said.
Shehan was also embracing her new role as grandmother as she had two grandchildren to spoil.

But on Oct. 9, 2019, Shehan received a life-changing phone call. It was about her son, Donnie. The pain from all of the memories of losing friends and that innocent little girl with a bomb strapped to her body was too much for Corporal Donnie Matthew Rushing. He lost his battle to PTSD.

“When my son died, I was devastated. I was comforted by so many students that had reached out to me and said that my son had changed their lives. Donnie had chosen to teach at a school where many of the students came from broken homes. He came to their sporting events or activities when their own family members hadn’t showed up for them. He believed in them. Those students called and wrote me to let me know the impact he had made that for some had saved their lives and gave it meaning,” Shehan said.

Shehan herself is still healing from PTSD.

“I remember when he called me from Yemen, and I could hear gunfire in the background,” Shehan said. “I knew what he went through. I am scarred myself from it. I find great joy in seeing Donnie’s children soar. His son, Logan is reading at a ninth grade level and he’s only in fourth grade. Reading was so important to Donnie as a teacher because he saw so many high school students reading so far below grade level. I don’t take for granted Rylea developing her strong personality and enjoying dance. They remind me of him.”

This past Monday, Shehan spent Memorial Day honoring her son’s memory by volunteering at a local festival handing out snow cones and cotton candy.

“I’ve chosen to celebrate his life and to be thankful for the 28 years I got to be his mom,” Shehan said.

“That was my biggest blessing from him was to be able to love him. I’ve started Rainbow Acres, which is a farm of rescued animals from donkeys, horses, dogs, cats, chickens and pigs. They have been saved from a life of neglect or mistreatment. I now use it as a place for people to come and have celebrations and appreciate life. For military and Gold Star families, I welcome them with open arms if they need a place of peace and quiet or to celebrate an event. They are welcome to use Rainbow Acres to have a child’s birthday party or even a wedding at no charge. I also invite them to come too if they need a place to reflect or a shoulder that understands what they have been through.

“I’d love to have a hotline where people could call 24 hours a day if someone is contemplating suicide. Donnie lost his battle to PTSD, but I was overwhelmed by the number of people who told me Donnie had prevented them from taking their own lives. He had helped them before taking his own. I want to continue that work on his behalf.”

If you would like to reach Pam Shehan, she can be contacted at rainbowacres_pilotmountain@yahoo.com.