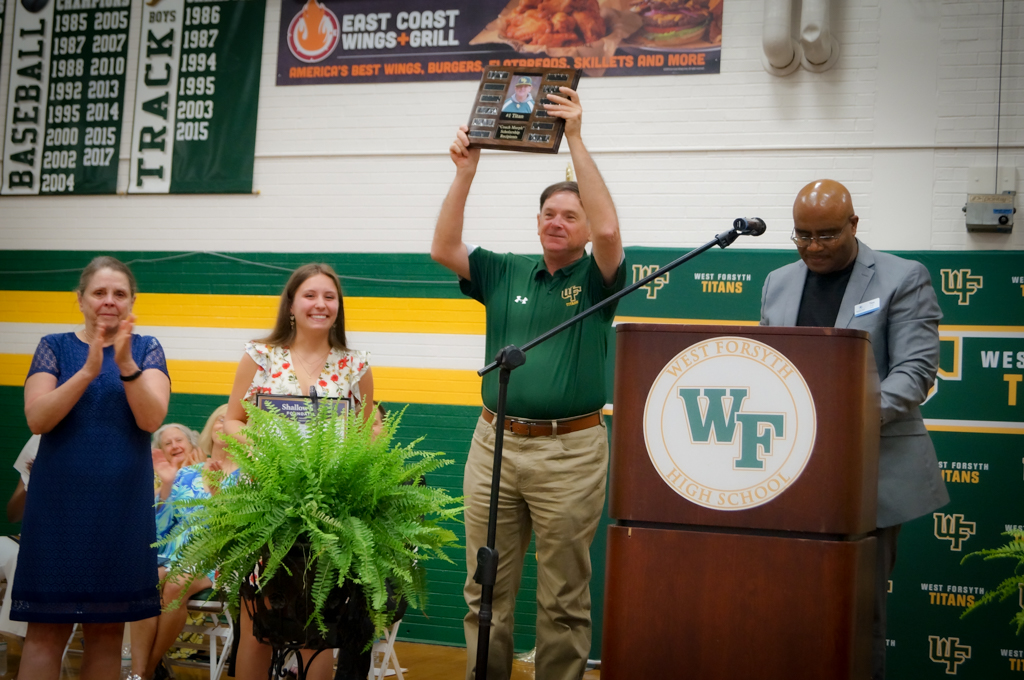 The Shallow Ford Foundation, a community-based foundation serving Clemmons, Lewisville and Yadkin County, awarded scholarships to six 2022 graduates from West Forsyth High School. Each scholarship is the result of a generous donation from members of our community. Recipients were selected by a committee of volunteers in a process facilitated by foundation staff. Each award, like the student who received it, has their own unique story.

“On behalf of the Shallow Ford Foundation Board of Directors, congratulations to all the students who received scholarship awards this year and thank you to all those who applied, said Tim Bell, chair of the board of directors for the Shallow Ford Foundation. “We also send our heartfelt thanks to the donors who made these scholarships possible. The foundation is so thankful for the spirit of philanthropy that supports students.”

Janie Peterson received the Coach Murph Scholarship, offered for the first time in 2022. The W.F. Fund established this scholarship in honor of Pat Murphy (Coach Murph) and his joy-filled spirit and unwavering commitment to West Forsyth through its athletic programs. This scholarship was created to help student-athletes who demonstrate the same exemplary characteristics.

Peterson was a member of the cross country and indoor and outdoor track and field teams all four years at West. She was team captain of all three her senior year. In her application she stated, “When I think of Coach Murph, I think of dedication, inclusiveness, and celebrating every member of the team. I can’t think of a higher honor than exhibiting the traits that Coach Murph represents.”

Peterson will attend the University of North Carolina at Chapel Hill with an anticipated major in pre-med with a focus in biology.

Pat Murphy, affectionately called “Coach Murph,” is considered the No. 1 athletics fan among students and staff at West Forsyth High School. But he is so much more. Coach Murph has spent nearly three decades supporting the coaching staff and students at West Forsyth. He attends every practice and game, helps in between as he can, and truly brightens the lives of those who have the privilege of interacting with him. Coach Murph has faced the greatest of challenges, and yet, his outlook on life is nothing short of inspirational. 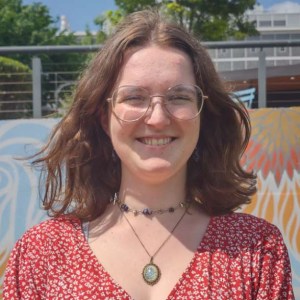 Daizha Rattley and Kristina Perdue were each awarded The Leslie Martin Scholarship for 2022. These students were selected based on their involvement in the Interact Club of the Clemmons Rotary Club and/or the Finance Academy, their academic scholarship and integrity, dedication to others, and their leadership.

Rattley will attend Hampton University and plans to study criminology, with aspirations of becoming an attorney focused on criminal justice and civil rights.

Perdue will attend the University of North Carolina at Greensboro in the fall with the goal of becoming a professor of classical studies after completing a doctorate.

These awards are given thanks to the generosity of John Stewart. 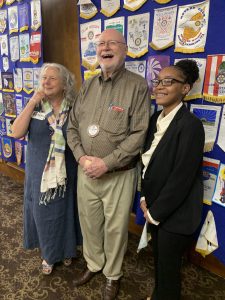 Stewart, well-known to our community, is a retired nuclear engineer from Winston-Salem who worked globally during his career. Since retiring, he’s been an active Rotarian both locally and internationally and a generous philanthropist, recognizing remarkable educators in naming scholarships to support students pursuing higher education.

Stewart saw Ms. Martin work with students through Rotary’s Interact Club and was inspired and impressed with her relationship and care for the students, her energy and enthusiasm, and her leadership as she helped prepare hundreds of young adults for the next step in their educational journey. 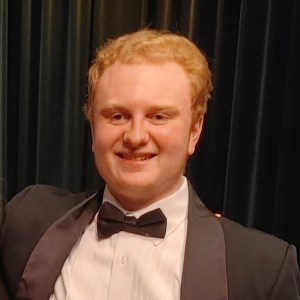 In addition, John Stewart has made possible The Rebecca and Danny Green Music Scholarship which was awarded to John “Hank” Ewing.
Ewing plans to attend Appalachian State University and study computer science. While at West Forsyth High School, he was involved with marching band, Wind Ensemble, All-County Band, All-District Band and Jazz Ensemble.

Through his remarkable generosity, Stewart wanted to honor another educator through the naming of this scholarship — an educator dedicated to the encouragement and development of student musical talents, service and leadership. Although Stewart is an engineer, he also has musical talents that he used throughout his life.

Rebecca and Danny Green are two educators, married to each other, who are more than deserving of a scholarship in their names having served Forsyth County School students and the community during their professional careers and even now — for a total of more than 40 years each. 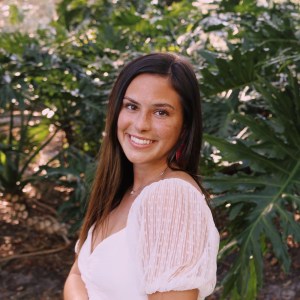 The Thad and Mary Bingham Education Assistance Awards for 2022 were given to Mia Laws and Allison Furbee.

Laws plans to attend the University of North Carolina at Chapel Hill to study biology, on the pre-medical track.

Furbee plans to attend Penn State University for a bachelor’s degree of kinesiology followed by work towards a doctorate degree in physical therapy. 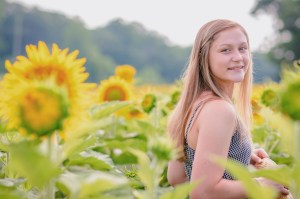 Mary and Thad Bingham were people of great faith and lifelong, active members of Clemmons United Methodist Church. They loved their church and community and were a source of generosity, helping both to grow and flourish. Thad and Mary will be remembered as pillars of the community.

Recipient Mia Laws reflected on what this award means to her, and the legacy left by the Bingham family.

Greg Keener is program officer of The Shallow Ford Foundation.