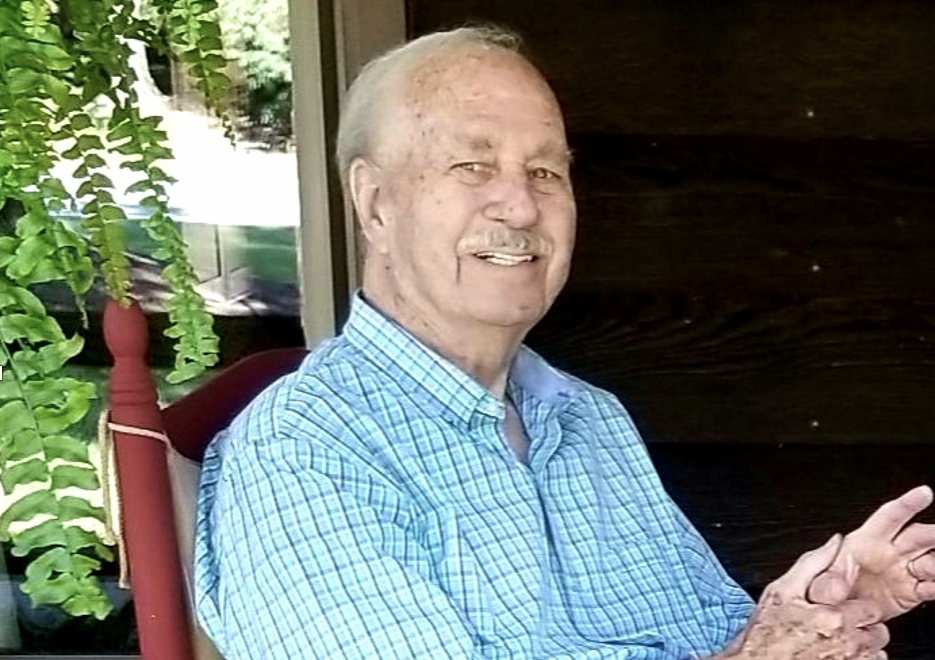 Edwin Craft was raised in Lewisville during the Great Depression. Craft was one of seven brothers that labored many days during his childhood on his family farm. “We lived on about 35 acres and raised everything we ate from our garden to the meat we had,” Craft said. “Mom was great at canning things too.”

Craft recalls that everything he and his family had was found on their farm with the exception of salt and sugar. “I’d go to the store to get that,” he said. “Although times were tough back then, I recall my mom making sure we helped others. A widow down the road from us had five girls. Mom was always asking us to bring her something that we grew and made from our home. Whenever she would offer to pay us, Mom made it very clear never to accept it,” Craft said.

Craft started going to school when he was in first grade. “Back then there wasn’t any kindergarten. I went to the same school all the way through 12th grade,” he said. “I remember taking the school bus down the dirt roads. Nothing was paved back then, and often times the bus would get stuck when we had a lot of rain. The school buses were made out of wood, and of course they didn’t have any air conditioning or heat.

“We didn’t have stop signs like you do now. The stop signs we had were just a stick with a red cloth on it.”
Craft valued his education growing up, and although he didn’t go to college right away after he finished high school, he would later earn his degree in his early 40s.

Also, during Craft’s teenage years, he met his future wife, Lavetta (‘La’).
“We went to the same church together. La has always been beautiful but she was the prettiest person in the world to me,” Craft said.
La and Ed talked about getting married right before he enlisted in the service.
“I joined during the Korean War in the United States Air Force. My training took me all over the country. You never knew where you were going to be,” Craft said.
Craft’s job was to protect the runways in Korea.
“I went over to Europe and trained over there for quite some time,” he said.

In July of 1955, Craft was discharged from the United States Air Force. When he returned home, he and his brothers decided to form the Craft Brothers Quartet. The Craft Brothers sang at church and also at glee clubs in schools. Craft was the lead singer in their group and enjoyed his time with his brothers tremendously.
During that time, Craft had also welcomed his first child, Carmen in 1955, and son, Ed Craft, Jr. in 1956.
Craft planned to raise his children in Lewisville where he grew up, however, he began working in the insurance industry. Craft was offered a position he couldn’t refuse in Northern Virginia. There La and Ed raised their children for about 20 years before coming back home to Lewisville. “We already had a home built here, and it was where I was raised. I always knew I wanted to come back,” Craft said.

Craft’s family expanded when his own children began families of their own.
“I now have nine grandchildren, and six great-grandchildren with two more on the way,” said Craft, the proud family man. “My family actually encouraged me to write about my childhood and growing up because they enjoyed hearing about my life. I started to write things down and eventually it turned into a book. I didn’t use a computer because I don’t own one, but it came together over time,” said Craft, the author of “Pawpaw’s Memoirs.”
Craft’s granddaughter, Lila helped him write it. “My wife and I will have been married 70 years this month, and I have been very blessed,” reflects Craft.
“I don’t believe I’ll write another book about my life because it’s hard to remember things now. When I got COVID-19 recently, I also suffered a stroke and pneumonia. Sadly, it caused my brother, Raymond, with whom I was very close to pass. And for me, it really took a toll on my memory,” Craft said.
“I feel lucky that I was able to capture all the memories of my life and share them with my family. My family is so important to me.”