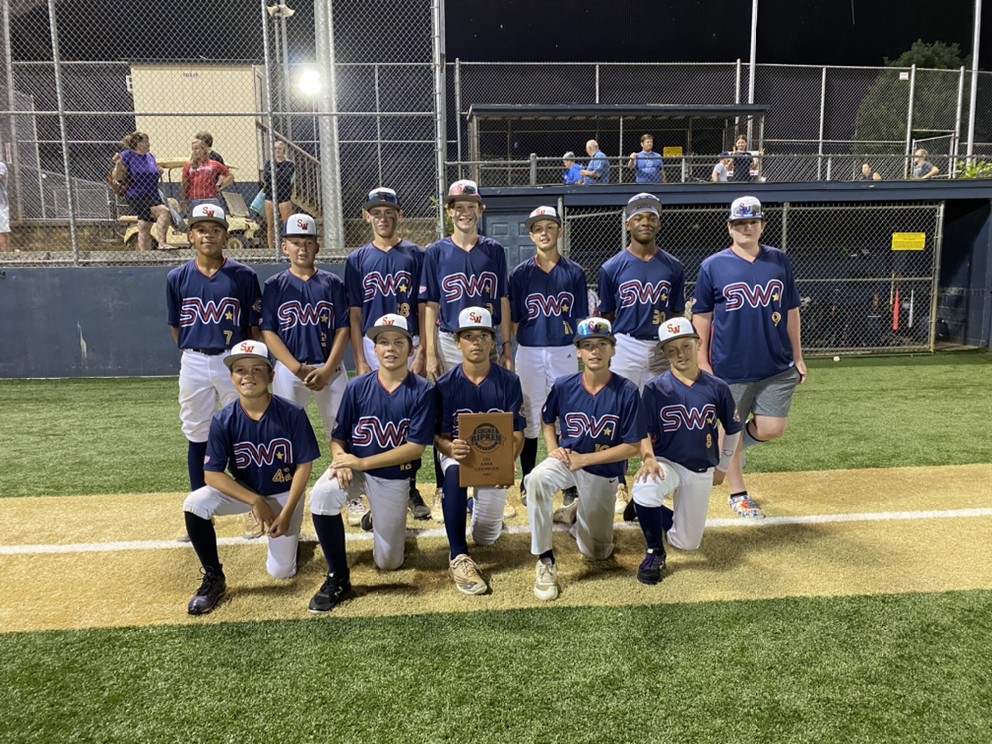 Two teams representing Southwest Athletics will begin their quests for state championships on Thursday.
The 12U team, coached by Andy Sullivan, will play in Matthews and the 10U team, coached by Donnie White, will be playing in Sherrill’s Ford.
On the line: a chance for a state title and advancing to the regionals, which will take place next month. 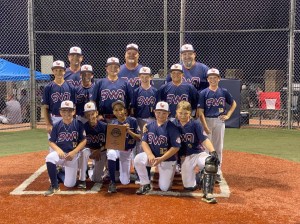 Sullivan said the majority of his team has been playing together since they started playing all-stars as 7-year-olds.
“I’ve known most of this team since they were playing t-ball,” Sullivan said. “I coached a lot of them when they were younger and then have been with them since they started playing all-stars, too. We’ve added a few pieces who are really blending in well so far.”
Sullivan grew up playing baseball at Southwest and started coaching there in 2007.
“I’ve had some teams win state championships, but I’ve never had one get past the regional round,” Sullivan said. “I think with the talent and team chemistry this group has, they certainly have the potential to do that.”
The 12U team blitzed through the area tournament last week, allowing just one run in three wins.
They blanked Iredell County Power Cross 15-0 in the first round, beat Davidson County 12-1 in the second round and turned around and beat Davidson again, 10-0, for the area championship.
“We are lucky that we have a great group of kids who work hard and are really starting to understand the mental part of the game,” Sullivan said. “They are really starting to understand how to think ahead and see the game unfold. That really helps when they can also hit, they can throw, and they can catch. They work hard in practice. A lot of them work outside of practice and have private lessons. They really love the game, and they love playing together.”
While Sullivan doesn’t have much problem building team chemistry, White said that has been a major focus for his team.
“We’ve really only been together for a couple of weeks, and it seems even less than that,” White said with a laugh. “But they are coming together pretty well so far and I’m excited about where we can go.”
The 10U team downed China Grove 11-1 in their first game of the area tournament, beat Surry County 12-1 in the second game, and advanced to the state championship tournament after a 12-2 against Davidson County.
In the win against Surry County, three players — Maddox Little, Logan Koonts and Jake Kearns — combined on a no-hitter, with the only run scored on a bases-loaded hit batter.
“We’ve got a bunch of good hitters and several players that can pitch really well,” White said. “We need to continue to work on our defense, but again, we’ve only been together a couple of weeks. I feel like that will come around. We’re trying to build that team unity. They are working hard, and they are playing hard, and they are having fun.”
White has been coaching all-stars at Southwest for 12 years, including a team in 2014 that he feels should have been playing in the Little League World Series in Williamsport, Pennsylvania. (Southwest is not affiliated with Cal Ripken baseball)
“That team was special, and we should have gone to Williamsport,” White said. “I have a lot of fun coaching and this group has been a lot of fun already. We’ll head down to Sherrill’s Ford and give it everything we’ve got this weekend and hopefully come out on top.”