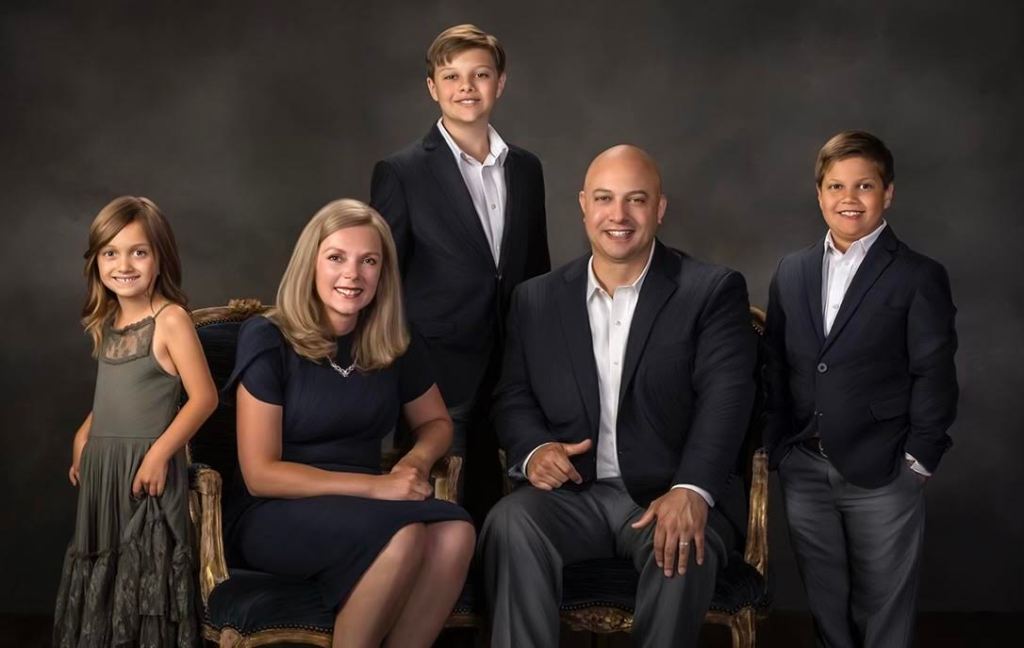 Bernadette Dailey spent her childhood in central Pennsylvania. As an only child, she became very close to her cousin, who also was an only child. Dailey’s earliest memories were spent reading, riding bikes, swimming and anything that kept her physically active. From an early age she became a track and field standout.
“I really enjoyed the hurdles and found running was something I enjoyed and could be done anywhere,” Dailey said. “My high school coach had the biggest impact on me, but I found I was very lucky that I was surrounded by great coaches.”

When Dailey was choosing whether to attend a big university or a smaller one, she knew at that point she wanted to remain in her home state. “I opted to go to Bloomsburg University where my cousin had graduated and played a sport. I ran cross country all four years there as a student,” she said.
Dailey also respected the nursing program at Bloomsburg.
“I knew that I wanted to be a nurse from an early age. After I graduated from college in 1999, I moved to Charleston, South Carolina, to begin my career in pediatric oncology. Because there was a nursing shortage, it was fairly easy to find a job in a city of your choosing. I had a friend of mine from college that thought it would be fun to go there. With all the restaurants and beautiful places to visit, I thought it would be a good experience to try living somewhere completely new,” Dailey said.

Dailey moved back home to Pennsylvania after a year of working in her first nursing job. Unfortunately, she would get some difficult news not long after she returned home.
“My dad had developed Hodgkin’s Lymphoma in his 30s and beat it. In his 50s, he was diagnosed with esophagus cancer, and the prognosis was not good. I remember we found out on my birthday. About eight months later, my dad passed away right after his surgery and it was devastating,” Dailey said.
“He had never made it home from the hospital.”

Dailey remained in her hometown after her dad passed away to be near family. As fate would have it, just when she wasn’t looking, she met her future husband, Dan.
“He had lived in Washington, D.C., but came home to visit friends. Although it was hard to do distance dating, we decided to give it a try,” Dailey said.
“I knew that there was something special about our relationship, so I began a job as a travel nurse through the Children’s National program. It allowed me to work up in D.C. and be near Dan. Not too long after I accepted the new job, I found out that I, too, had developed Hodgkin’s Lymphoma. It’s not a hereditary disease, so I was really surprised by the diagnosis. It was really hard because at the time I started my treatment I didn’t have good health insurance, so I had to pay most of it out of pocket. The beginning costs of that treatment were very expensive. I hadn’t accrued any sick or vacation days. I had to work through my entire treatment which was grueling.”

Dan had remained steadfast by Bernadette’s side during her treatment. “He actually proposed to me after my first treatment,” Dailey remembers. “We waited two years until we got married though because I wanted to grow my hair back for our wedding in 2005.” The Daileys had their first child (Ronan) four years later in 2005.
“Having been an only child I knew that I wanted a big family so the kids always had someone to play with,” Dailey said with a smile. “I didn’t want them to be bored.”
A son, James, was born in 2013, and their sister, Hannah in 2015.
“After my kids were born, I decided to take some time off of nursing to be home with them. I felt really lucky that I was able to do so,” Dailey said.

The Daileys moved out of Washington, D.C., when Ronan was in kindergarten to head back to Pennsylvania. However, in 2013 Dan’s company downsized and an opportunity presented itself in North Carolina.
“We took our new little family down to North Carolina and have loved it so much. Once our youngest was 1, I started looking at going back to work. I did the night shifts at Brenner Children’s Hospital for a while. During COVID-19 I switched over to research nursing and work remotely. I still use my background in oncology to conduct studies on treatment options. I work at ConcertAI to evaluate different options for treating the more aggressive cancers. Having been personally affected by cancer, I know the challenge of being faced with a diagnosis. Seeing some of the people that are helped from our research is so rewarding. One patient in particular I remember that no one thought would make it. Through the medications this patient made it, and it was incredibly rewarding. You continue to build on what you learn to help as many people as possible,” Dailey said.

When Dailey isn’t working to help find ways to beat cancer, she is very involved in her children’s activities.
“Parenting is all the emotions — awesome, hard, crazy, and so worthwhile,” she said.
“It’s fun to see them growing up with their different personalities and passions.”
Dailey has also made sure to honor her passions as well.
“I still try and stay as healthy and active as possible,” she said.
“I haven’t stopped running. I still love it, and I like showing my kids the importance of having a healthy lifestyle.”