Catching up with Brock Newsome 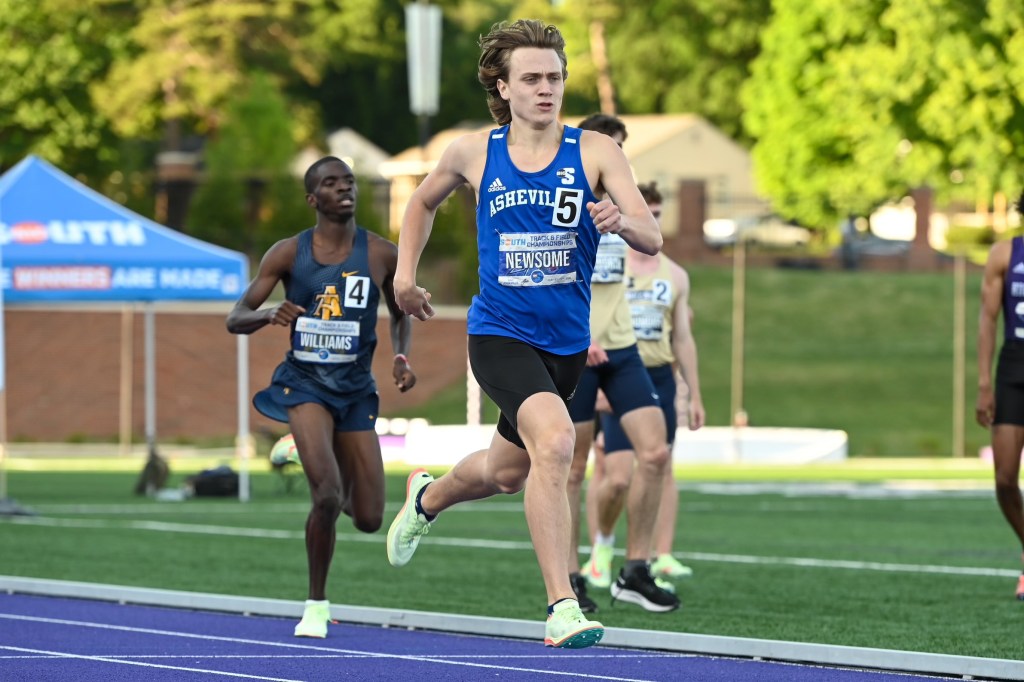 The last name Newsome has become synonymous with track and cross country at West Forsyth.
Brock Newsome may be 21 years old and graduated from West Forsyth in 2019, but he and the rest of the Newsome family are certainly leaving their mark on the tradition of running at the school.
Newsome, who is running cross country and track and field at UNC Asheville, is the only son of Nathan Newsome, the head coach of the boys and girls cross country and indoor and outdoor track-and-field teams for the Titans. Nathan is an art teacher at West Forsyth, and Nathan’s wife and Brock’s mother, Amy, is an interior-design teacher there.
In addition, his older sister, Mackenzie, who is 24 years old, graduated in 2015 from West Forsyth and ran at Tusculum, and his second-youngest sister, Blair, who is 18, just graduated last month and also ran at West Forsyth. Blair received an arts-based scholarship to attend Wake Forest.
And this fall, rising ninth-grader, Hope, the youngest girl in the family, will be running for the school.
“It’s fully in the family,” Brock said. “And I think that, once I look back on it, it was every kid that ever came under my dad in the sport. And anybody that was around that track, I feel like they are part of the family.
“I see people that are 30 years old now, and I remember when they were in high school. My dad was their coach. So, I think he made it wonderful.”
Nathan Newsome was only coaching the girls teams until 2019, when longtime Coach Jeff Thompson retired as the boys coach, and Nathan took over both roles. 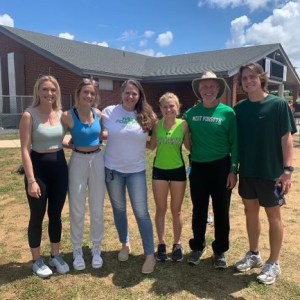