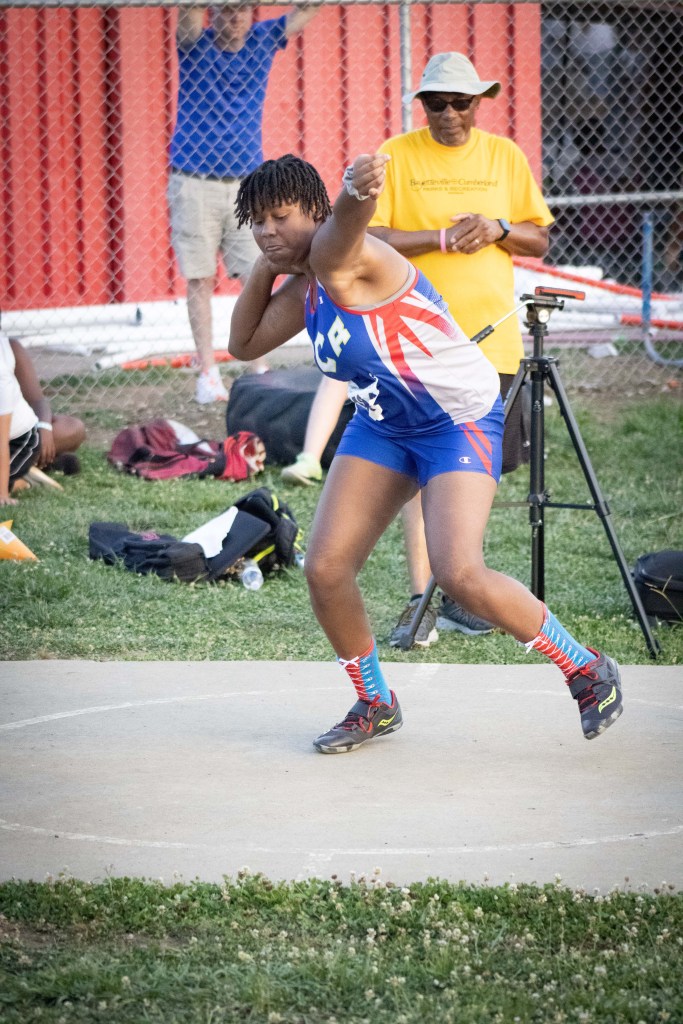 Kristal Howard photo Laila Jones won the 12-year old girls shot put and discus at the AAU Junior Olympics last week in Greensboro. There were four lead changes in the final three throws of the shot put, with Jones recording the winning throw of 41 feet, 10 inches on her final attempt. She nipped Arisa Bifosa, who thew 41 feet, 8 inches on her sixth and final attempt right before Jones. Jones' throw of 39 feet, 3 3/4 inches on her second attempt held up until Bifosa uncorked a throw of 40 feet, 7 3/4 inches on her fourth attempt. Congratulations to Laila, who is a rising seventh grader at Clemmons Middle School

Congratulations to Laila Jones, a rising seventh grader at Clemmons Middle School, who remains on fire this summer competing in track and field meets across the county.
Last week, Jones won the shot put and discus in her age group (12-year old girls) at the AAU Club National Championships in Orlando, Florida.
She won the shot put on Tuesday and then the discus on Thursday, breaking the meet record which had lasted for 10 years.
Jones recorded the record-setting throw of 103 feet, 4 inches to break the old record of 100 feet, eight inches, established in 2012.
She previously recorded another meet record in the discus (107 feet, 11 inches) at the adidas Nationals in Greensboro last month.
She will be competing in the AAU Junior Olympics in Greensboro, which will begin at the end of July.