Catching up with Madie Lichty 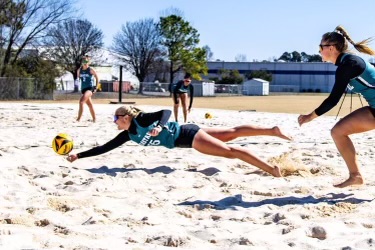 Many people enjoy lounging and playing games on the beach during summer vacation.
And some have benefited from playing sports on the beach.
That’s the case for Madie Lichty, who graduated from West Forsyth in December of 2019, and is now playing beach volleyball at Coastal Carolina.
After taking a gap semester in the spring of 2021, Lichty originally went to Florida Gulf Coast in Fort Myers.
However, she transferred after her freshman year and in January she reported to Coastal Carolina, which is in Conway, S.C., just outside of Myrtle Beach. 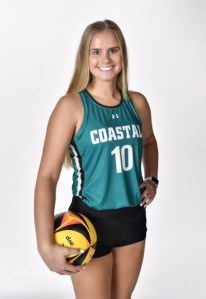