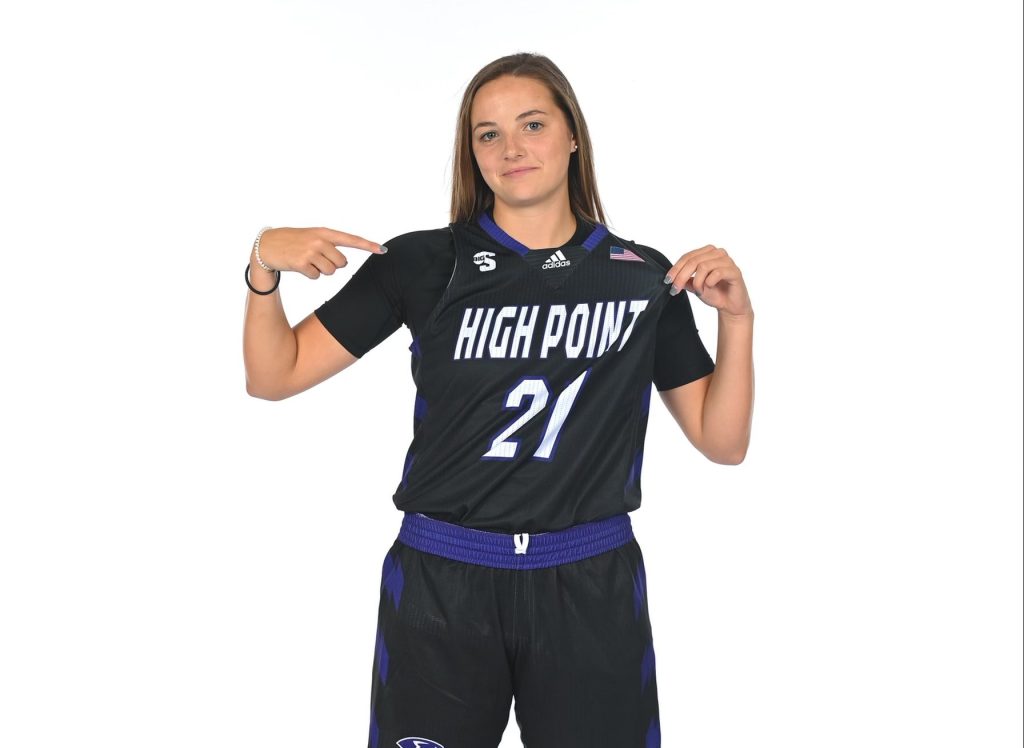 Curran hopes to bounce back from torn ACL

Skyler Curran has run the gamut of emotions in the past 16 months.

After all, Curran, a 6-foot guard who graduated from West Forsyth in 2018 as one of the best girls basketball players in school history, had been named the Big South Women’s Player of the Year after the 2020-21 season at High Point, helped the team win the Big South conference-tournament championship, and went to the NCAA Tournament in San Antonio and played national-powerhouse Connecticut in the first round.

Just before what was scheduled to be her senior year this past season, Curran was named the preseason Big South Player of the Year. Curran opened the season last year on Nov. 9 against Elon. She had 17 points and just before the end of the game she crumpled to the court. She grabbed her left knee, and it turned out to be a torn ACL.
“I didn’t get my hopes up then to just be crushed again when I kind of already knew what it was,” Curran said. “So, it was disheartening. I came off of a really, really, really good season the year before, and we were ready to try and run it back and do it again.”

It just didn’t turn out that way.

“As an individual and as a team, we wanted to repeat everything that we did the year before,” she said. “So, for that to happen in the first 40 minutes of the season, it was tough.”

Watching with dismay from the sideline was Curran’s coach at High Point, Chelsea Banbury.

“Once I saw her grab her knee, I was hoping it was her ankle when I went out there,” Banbury said. “But when she said it was her knee, I knew she was done.” 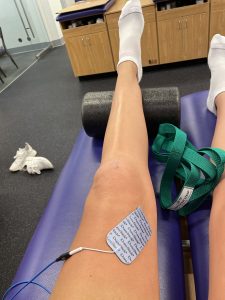 Although she knew the severity of her injury, Curran didn’t look at it as being catastrophic.

“It’s not something, I don’t think it hit me right away. I think it took a little bit — it probably wasn’t until after I had surgery where I said, ‘Dang, this really happened,” Curran said. “It’s not like an injury where it happens and you can’t do anything immediately. After a week or so, I was still running around. I could shoot. I couldn’t plant or cut or anything.”

Even though she couldn’t do everything as a player, she could at least feel like she was a part of the team for the Panthers.

“I could still do my daily activities and things like that,” Curran said. “I think it’s a weird in-between. I didn’t get surgery for almost a month. My surgeon that I used was pretty booked up, where I could get in with. I didn’t want to do it before Thanksgiving.”

Curran had the surgery on Dec. 1, three weeks after the injury.

“I think it was just a weird, foggy period, almost. I never had surgery before, so I didn’t really know what that was going to be like,” Curran said.

“There was a lot of frustration. I think that I’m someone that if I have to be in a place to do that, I’m supposed to be there to play basketball, and I can’t do that. So, it was almost confusing for me at times because, ‘Well, I still have to be here every day, and I still have to sit on that bench and watch, but I can’t do what I’m supposed to do, or what I’m good at.’ So, it was just a lot of frustration.”

One person Curran could lean on was Banbury, who tore her ACL when she played at Florida Gulf Coast.

“It’s the work that Sky’s put in to get her through it,” Banbury said. “You definitely have to be there for them and let them know there is light at the end of the tunnel. I went through it when I was a player. It’s not going to end your career, and it doesn’t mean that you’re not going to be as good.”

Curran’s surgery was performed in Greensboro by Dr. Steve Lucey of Atrium Health Wake Forest Baptist’s Sports Medicine and Joint Replacement. Then, it was time for the rehab.

“I think the toughest things were the little things, like learning how to walk again,” Curran said. “My quad was gone. Three days after surgery, I had no muscle left in my leg anymore. So, that goes away really quick.”

Trainers hooked Curran up to a muscle-stimulation machine.

“I really do think the toughest part was mentally for me because I just struggle not being able to do things, especially doing things I want,” Curran said. “I’m a stubborn personality.”

High Point finished 17-14 overall and 13-5 in the Big South. Curran was at all the home games, as well as many of the road games. And Banbury was there if she needed a shoulder to lean on.

“Her knee, it’s coming along,” Banbury said. “We haven’t pushed it on the court too much. We’re not doing any contact or anything yet. That will ramp back up (this month). But when she did get out on the court, her shot still looks as good as did the day she went down.”

Curran graduated in May with a degree in business administration and will play this season while in graduate school.

“Even today I still have my moments where I’m just like, ‘This is just taking so long.’ And I get frustrated with that,” Curran said. “In a sense, I’m going to be here. I’m going to play another year. And so, I want to be able to play, which I still can’t.”

Now, it’s proving that she can bounce back from the injury and prove to herself and others that she’s the same dynamic player she was as a junior when she averaged 17.7 points and 7.2 rebounds.

“I don’t know if it’s necessarily proving other people wrong, or proving myself right,” Curran said. “Everybody comes back different from surgeries, and I’ve had a lot of people tell me that I’ll probably come back better. I just want to see how I come back.”

Barring any setbacks, Curran should be close to 100 percent when the season starts in November. In addition to her medical redshirt season, she actually has two years of eligibility left because of COVID-19.

It’s also possible in the next year or two that she could play professionally, either the WNBA or internationally. Or she could get into coaching, much like Banbury, or her high school coach at West Forsyth, Brittany Cox Hudson, whom she has helped this summer at RISE.

“I’m pretty sure this (season) is going to be it for her,” Banbury said. “…Sky knows the game. I definitely could see that (coaching).”

Much will transpire for Curran the next eight months — school starting later this month, the continuation of her rehab, getting on the court, playing games when the season starts in November, and what direction she’ll choose to go once the season is over.

“I’ll be coming out of here with a lot of connections and a lot of people that I know,” Curran said. “And obviously the things that I’ve learned. They teach you — we have a 98 percent employment rate after graduation. So, I think that even seeing that I have a degree from High Point University, people know that I’ve put myself in a really good position.”