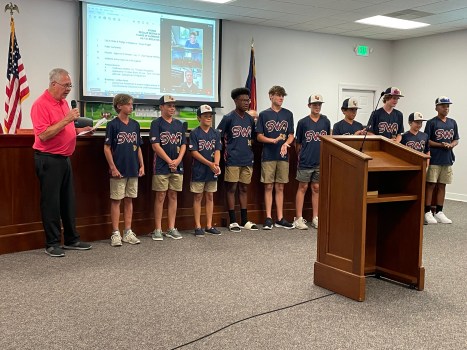 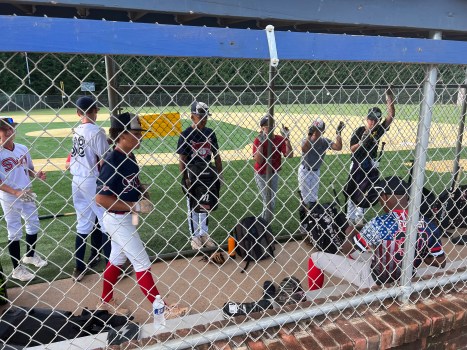 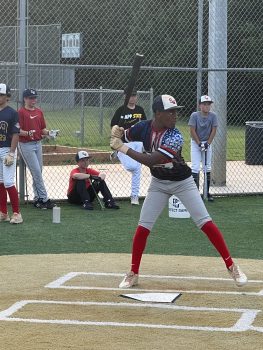 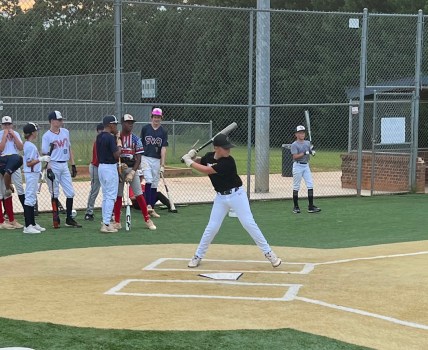 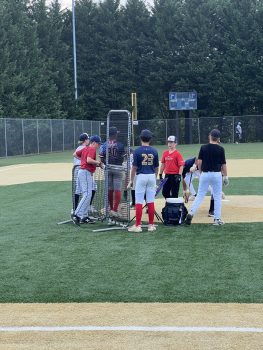 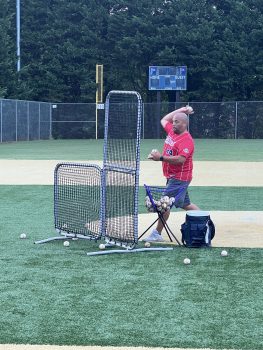 It has been a season full of accomplishments this summer for the Southwest Athletics 12U All-Star team.
Still unbeaten. State champions. Southeast Regional champions, which earned them a berth in the Cal Ripken World Series that will begin this week, the first team from Southwest to advance to a World Series since 2002.
And last week, they were introduced and recognized by Clemmons Mayor Mike Rogers at the village council meeting in advance of the team’s final practice before heading off to Branson, Missouri, for a shot at the biggest prize of all: Winning the World Series.
“It’s been a busy and really fun summer,” said Greg Thornton, one of the team’s assistant coaches. “This is such a great group of kids to work with because they are all friends, they have been playing together for several years, and they also happen to be really good baseball players.”
The families set off for Branson earlier this week. Opening ceremonies will take place on Thursday at the Ballparks of the Americas, a complex with five fields that are all modeled after current and former Major League stadiums of the Saint Louis Cardinals, the Chicago Cubs, the Boston Red Sox, the Kansas City Royals, and even Ebbets Field, the former home of the Brooklyn Dodgers.
And yes, there is ivy growing on the walls at the field modeled after Wrigley, home of the Chicago Cubs, and there is a Little Green Monster at the field that looks like Fenway Park.
Pool play games will begin Friday, where teams will play a round-robin against the other teams in the pool. The top two teams will advance from pool play into the tournament round.
Southwest is in Pool B and will open play Friday at 7 p.m. against the state champions from Missouri. They will take on Southeast on Saturday at 2 p.m., New England Sunday at 9 a.m. and Ohio Valley on Monday at 7 p.m.
“We haven’t spent a whole lot of time talking about the World Series because we don’t want the moment to be too big for them,” Thornton said. “We think that as soon as we’re all at the Ballparks of the Americas, see those fields modeled after MLB stadiums, stay in those player suites at the complex, that it will really sink in for them then. We want them to understand that with all of that, it’s still just baseball. There shouldn’t be any sticker-shock about any of it because they believe in themselves and that’s the best part about all of this.”
Matt Wright, who plays shortstop, third base and pitcher, said he has been part of the team for five years now.
He also learned a valuable lesson when the team won the Regional Championship last month in Glen Allen, Virginia — he was one of the first players to join the celebratory dogpile.
“It was heavy,” Wright said with a chuckle. “I think I was the second or third player to get there, so everyone was jumping on top of me.”
Wright knows his teammates are ready for the World Series.
“Most of us have been playing together for a few years now,” he said. “We know each other really well and we know what we are capable of.”
Colby Bovender joined the team three years ago and has fit right in.
“I go to school with half of these guys, and we’ve all become really good friends,” Bovender said. “Playing on this team has transformed me and I’ve become a much better player because of it. We have great team chemistry, and we know we need to stay focused and keep working hard.”
Thornton has been helping coach most of the group since they started as a 7U team.
“We have great team chemistry and that really translates on the baseball field,” Thornton said. “They know how to communicate with each other without really having to say anything. You see it on the field. You see it in the dugout. They rally around each other and know how to pick each other up. That was the case in our semifinal game at the Regional, when we were down 6-1 in the fifth inning and thinking that maybe it just wasn’t going to be our day. But then they figured out the pitcher and we mounted a comeback and won the game 8-6. That just showed how resilient they are because that was a tough challenge and they overcame it. Our biggest message to them is that they know anything can happen, so let’s not let it happen. Let’s make it happen. Step into that box, don’t take a pitch off. One game at a time. One pitch at a time. One at-bat at a time. One out at a time. One inning at a time. We’ve had pretty good success and we hope we can keep that going for one more tournament.”