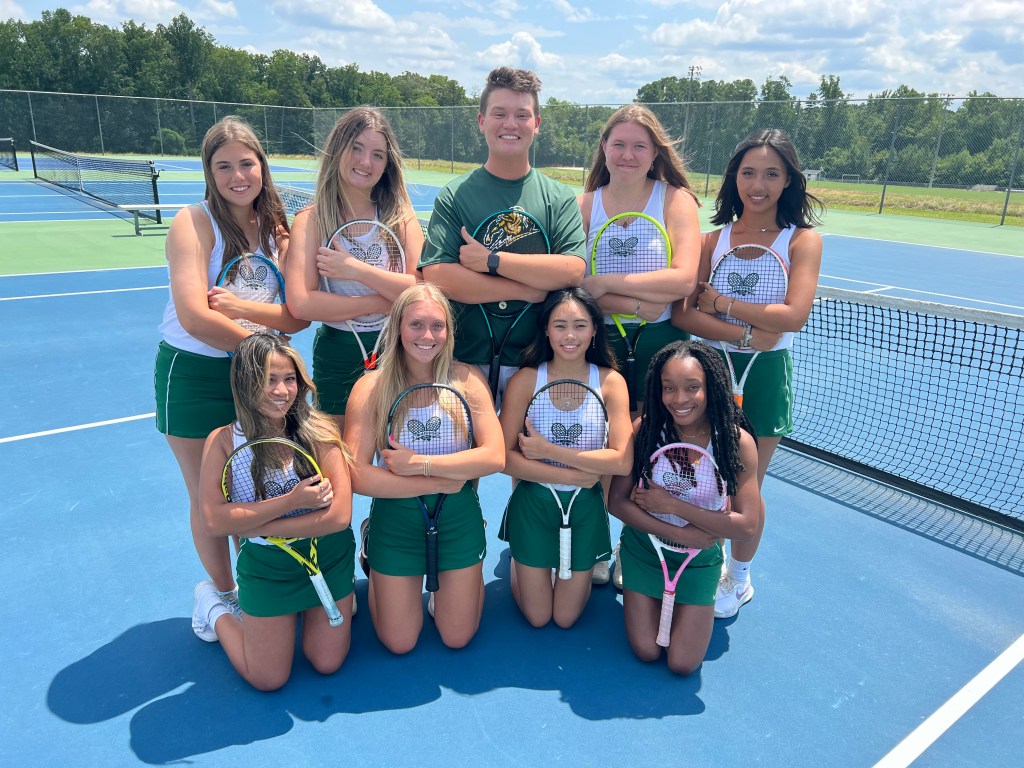 Team also returns experience and should compete for CPC title

West Forsyth was looking for a girls tennis coach after Shana Krenz departed after last season.

After a search the Titans settled on a very familiar name to the program — Gordon McEachran. McEachran, a native of New Zealand who came to the United States in the early 1990s, is the father of junior Samantha McEachran who is the No. 1 singles player for the Titans.

“I’ve been teaching for 50 years,” Gordon McEachran said. “My daughter goes to school there. And they advertised for a coach and couldn’t get one. So, I said, ‘I’ll help you out.’”

Gordon McEachran, who is 73, has COPD so his time at practices and matches will be limited. Jeff Rickert, who is a social studies teacher at West, will assist McEachran in any way needed.

“I’m not in good health, actually,” he said. “But I can still teach a little bit. So, that’s how that basically worked. I said I would do it if they couldn’t get anyone. And they gave me an assistant from the school to help me out.”

Even though Gordon McEachran is the new coach, he’s certainly not new to the sport of tennis. He first came to the United States to assist Coach Lew Gerrard on the women’s tennis team at Wake Forest. Later, McEachran became the teaching pro at Tanglewood and ran the facility there from 1994-2019.

“It works pretty good,” Gordon McEachran said of coaching alongside Rickert. “I can’t get out and do a lot of feeding (balls) or anything. I’ve sort of taught (Rickert) how to do that. And I set everything up with the drills, and he does it and I watch and make corrections on the kids.

“Even though I can’t get out and do it, I’d love to. My situation, I’ve gone from teaching pros now to high school kids. But it’s fun. They’re a good bunch of kids.”

One of those kids just happens to be his daughter, who has played for the Titans since her freshman year. Now entering her junior season, Samantha just keeps getting better.

“It could’ve been better, but there’s no (junior) programs out here,” Gordon McEachran said of her development as a tennis player. “I’d love to get out on the court with her, but because of my condition I can’t.”

The cupboard at West Forsyth isn’t bare, however. West Forsyth finished 8-6 overall last season and 8-4 in the Central Piedmont 4-A. It lost 6-0 to Waxhaw Marvin Ridge in the first round of the NCHSAA Class 4-A tournament last year.

“We’re one decent player away from probably winning the conference,” McEachran said. “The conference is not strong. Davie will possibly win it again. But we’ll be competitive.”