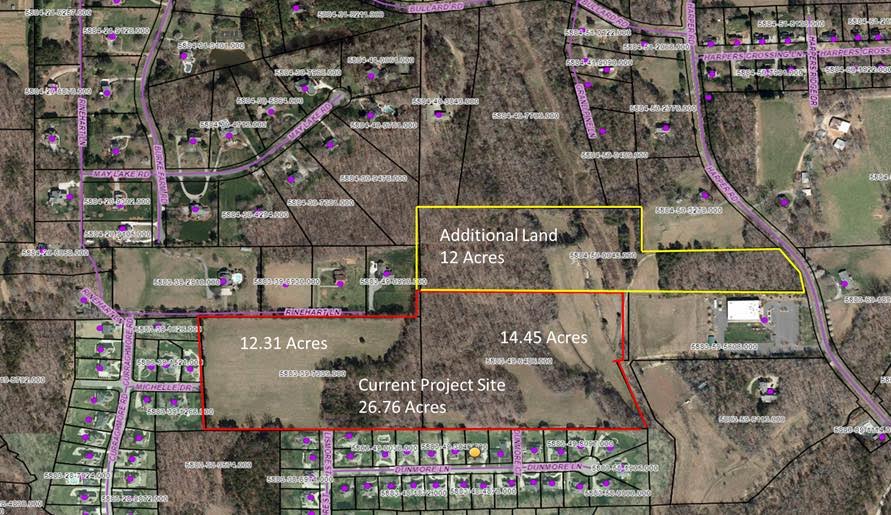 submitted photo Rendering of a new potential development, Harper Acres, adjacent to Waterford, that was denied at Monday's Council meeting after numerous concerns were raised by homeowners in the Waterford area. The red outlines indicate the development area and the yellow outlines indicate additional land that may have been developed for the project.