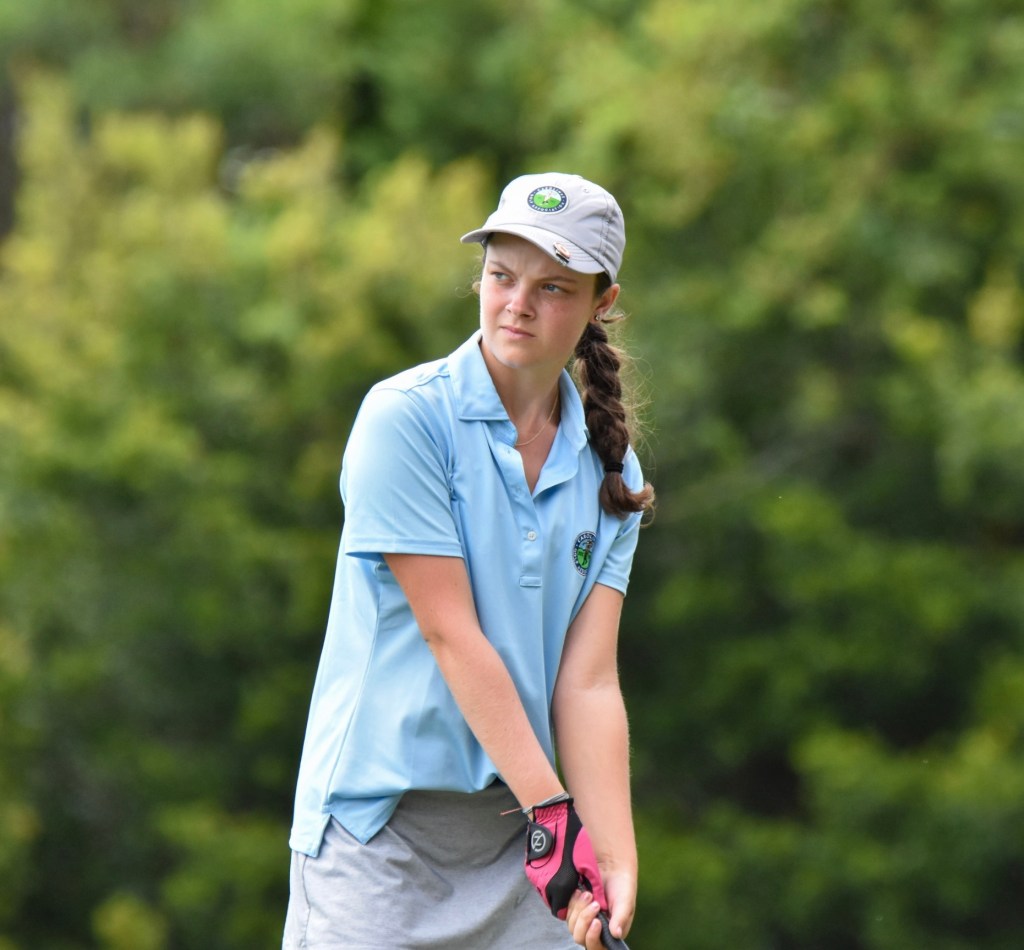 Mary-Paige King tied with Reagan's Ellie Acrey with a 3-under 33 to take top individual honors at Monday's first Central Piedmont 4A Conference match. West topped Reagan in the team scores, beating the Raiders, the reigning 4A state champions, by one stroke. 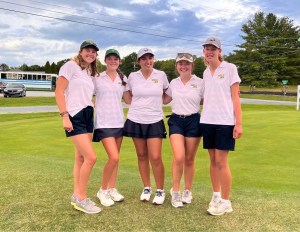 Reagan, the reigning 4A state champions, finishes second by one stroke

West Forsyth began its Central Piedmont 4A Conference matches with a big win on Monday at Pine Knolls in Kernersville.
West topped Reagan, the reigning NCHSAA 4A state champions, by one stroke. Reagan hasn’t lost a CPC match in several years, according to the school’s coach, Jay Allred.
Mary-Paige King of West took home co-medalist honors with a 3-under 33 at Pine Knolls, sharing the top spot with Reagan’s Ellie Acrey.
Sadie Mecham of West carded a 2-under round of 34 and Paige Sidney had an even par 36 as the Titans posted a total of 103 among their three scorers.
Reagan was second with a 104 and Davie was a distant third at 148.