Weddington next up for West Forsyth on Friday night 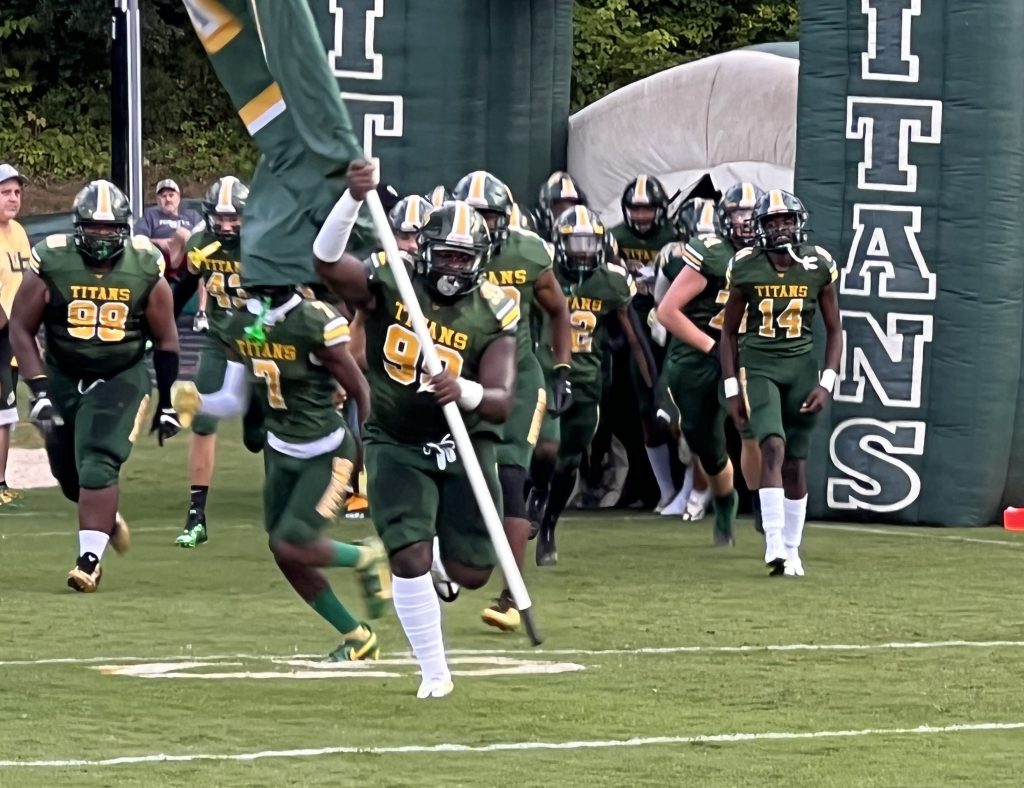 Titans still searching for first win of the season

When Weddington and West Forsyth face off against each other Friday at Jerry Peoples Stadium, much will have happened to these two football teams in the 364 days since they last played.
West Forsyth traveled to Weddington on Sept. 3 of last year, and Weddington won 19-7.
That game marked the return of Coach Adrian Snow to the sidelines after he missed the first two games last season because of COVID-19.
“It was awesome to see him,” Capone said of seeing Snow at the game last year. “We started to grow our relationship when I got the head-coach job. (We) went to Wake Forest and scrimmaged. I’ve got a ton of respect for him and how long he’s done it year in and year out.
“He does things the right way. So, it was obviously horrible to hear what he was going through, but it was nice to see him back against us last year.”
West Forsyth is still searching for its first win this season and has started 0-2 for the first time since 2011.
The good news is that Snow has proven he can turn it around. According to MaxPreps, in his 15 seasons as the head coach for the Titans, he’s 117-49.
“We’ve been part of a lot of successful years here. We’ve only played two games, but we’ll call it uncharacteristic, but at the end of the day what we have to do is get back to work and get better,” Snow said.
“I’m going to go in there, I’m going to get my stuff. I’m going to love the kids and do what I’m supposed to do. I’ll be here (this past Saturday) morning working, and I’ll be watching tape. And I’ll do everything I can to help us win (this) week.
“That’s all you can do. That’s all I’m going to do, and our coaching staff will do the same thing.”
As for Weddington, it finished last season 12-2 overall and lost to Charlotte Chambers 45-14 in the quarterfinals of the NCHSAA Class 4-A playoffs.
The Warriors have won three NCHSAA state championships since 2016 and enter this week’s matchup 1-1 after defeating Charlotte Christian 39-38 in overtime in the season opener, then followed that last Friday with a 52-32 loss at Charlotte Providence Day last week.
“Obviously, Friday was tough for (us). Hats off to Providence Day,” Capone said. “I think we’ve got to clean some stuff up on all three phases of the ball — obviously defense and special teams.
“It’s always tough to drop one, especially the way we did, but we’ve got to come back and have a really strong week of practice, which starts (this past) Monday.”
Despite last week’s loss to Oak Grove, one of the bright spots for the Titans was running back Caman Chaplin, who had 118 yards rushing on 23 carries, which included a 74-yard touchdown.
Capone knows the Warriors can anticipate a tough environment Friday night.
“We know it’s going to be a physical game,” he said. “Last year was really short game because we both wanted to run the ball. But we expect to be very similar to who they were last year. And I know Coach Snow instills that in every single team he has.
“But I think going in we can have a 48-minute fight. So, I’d be expecting a physical game and for them to be well coached and disciplined.”
Weddington gave up 339 yards passing last week to quarterback Jadyn Davis of Providence Day, but it had some bright spots. Quarterback Tyler Budge, a junior, 20-of-33 passing for 325 yards and three touchdowns. Griffin Reimer, a senior tight end, had two touchdowns and finished with 115 yards receiving on 10 catches. Receiver Evan Gilbert finished with 127 yards receiving on seven receptions. Backup quarterback Knox Willingham had two rushing touchdowns.
“I think that’s in my DNA as an offensive coach,” Capone said. “I want to establish the run. I think that’s something we definitely want to continue to do. Last Friday, we got behind and kept going for it trying to play catch-up the whole time, and that’s really not how we want to live offensively.
“We want to be balanced, but the biggest thing, as we get in the conference and hopefully the playoffs is, you’ve got to be able to run the football.”
Snow know that Weddington will present a great challenge for his team.
“They do a great job,” Snow said. “They’re well-coached, and they’re a good team. So, we’ll have to be ready to play.”