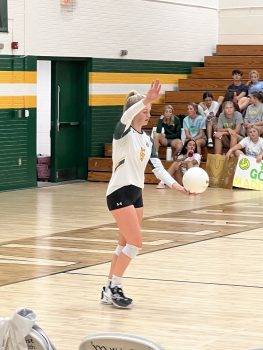 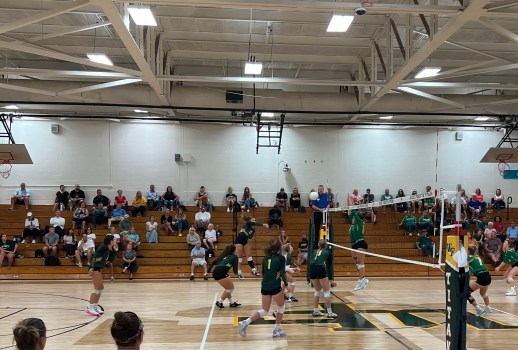 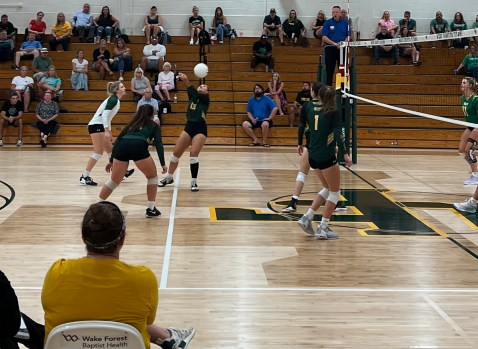 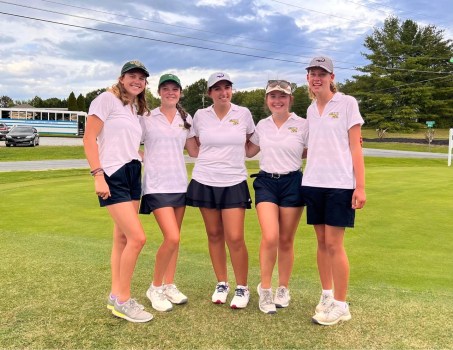 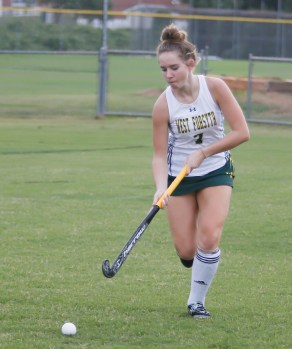 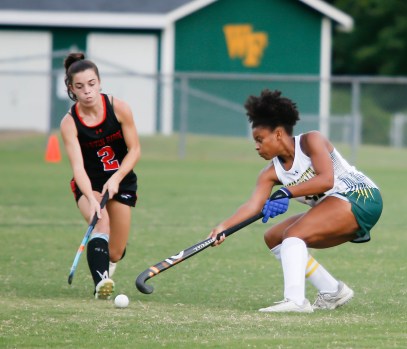 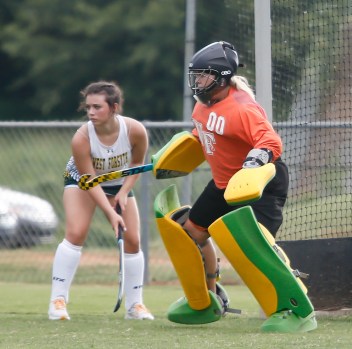 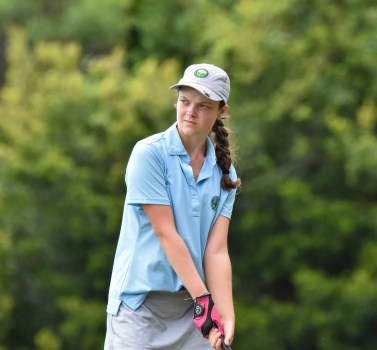 Mary-Paige King tied with Reagan's Ellie Acrey with a 3-under 33 to take top individual honors at Monday's first Central Piedmont 4A Conference match. West topped Reagan in the team scores, beating the Raiders, the reigning 4A state champions, by one stroke.

Reagan, the reigning 4A state champions, finishes second by one stroke; Mary-Paige King is co-medalist

West Forsyth began its Central Piedmont 4A Conference matches with a big win last Monday at Pine Knolls in Kernersville.
West topped Reagan, the reigning NCHSAA 4A state champions, by one stroke. Reagan hasn’t lost a CPC match in several years, according to the school’s coach, Jay Allred.
Mary-Paige King of West took home co-medalist honors with a 3-under 33 at Pine Knolls, sharing the top spot with Reagan’s Ellie Acrey.
Sadie Mecham of West carded a 2-under round of 34 and Paige Sidney had an even par 36 as the Titans posted a total of 103 among their three scorers.
Reagan was second with a 104 and Davie was a distant third at 148.

The volleyball team won its second match in two days last Thursday night with a straight sets win against visiting West Davidson.
Strong serving performances from libero Kayla Kozak in the second set and from sophomore Hailey Huff in the third set helped lift the Titans.
West beat East Surry in five sets on Wednesday to finish the week 2-0, raising its overall record to 5-2.
The Titans opened Central Piedmont 4A Conference play on Tuesday at Mount Tabor.

The boys soccer team went 0-1-2 last week and saw its record go to 0-3-3.
The Titans lost a close one against Northwest Guilford last Wednesday, falling 1-0 after a first-half goal stood up.
West played in the Kickoff Classic in the Triangle area last Friday and Saturday and dueled to a 0-0 draw against Chapel Hill and a 1-1 tie against Green Level.
The Titans played at Ledford on Tuesday night and will play Watauga at home on Thursday before beginning conference play next Wednesday at Mount Tabor.

With a 7-0 win against Glenn on Monday, the girls tennis team is off to a perfect start.
The Titans kicked off their season with wins against Atkins and Mount Tabor.
West downed Atkins 7-2 by winning five of the six singles matches and two of the three doubles matches.
West downed Mount Tabor 8-1 and dropped a lone singles match.
Samantha McEachran, Vivian Do, Macy Vest and Sofia Tomay have all had strong starts in singles and doubles for the Titans.

Wesley Haggstrom finished ninth and Brandt Doty finished 10th in the Providence Invitational 5K in Charlotte at McAlpine Park last Saturday.
The boys team finished in ninth place overall with 207 points.
Haggstrom crossed the line in 16 minutes, 6.60 seconds. Doty was about two seconds behind, finishing in 16:11.30
Lulu Serang was the top finisher for the Titans in the girls varsity race with a time of 19:50.25, good for 19th place.