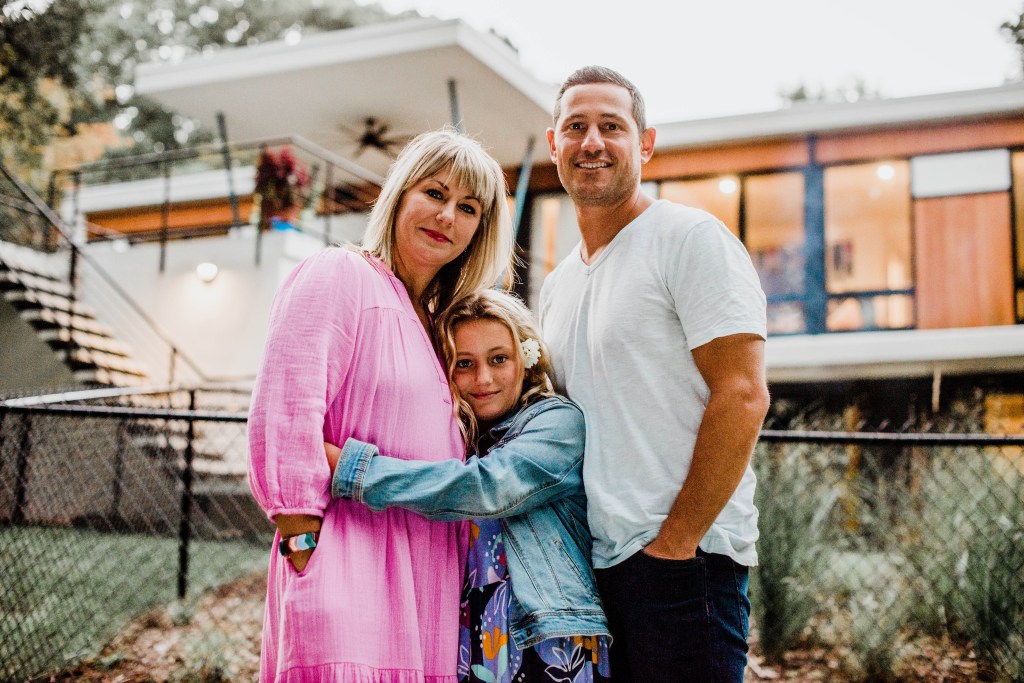 Pete Fala spent his childhood in West Virginia as a very active youth. The youngest of two boys, Fala embraced sports as soon as he could walk. “I really enjoyed football and baseball. It was a lot of fun playing in Little League, although it was not quite as non-stop as it these days. I was able to play a different sport each season. It helped reduce burn out,” Fala said. His love for baseball continued in high school where his team won the state championship, and then to college after he got a scholarship to play catcher at the University of Charleston in West Virginia.

Fala’s initial major was radiology. “I knew pretty quickly that wasn’t for me. I was drawn to their interior design program, so I made the switch after my first semester,” Fala said. “Once I made the switch, I knew I was right where I needed to be.”

Things also fell into place for Fala personally too. During his senior year, Fala reconnected with a childhood girlfriend, Traci. “I had gone to visit some friends at Marshall University one night, and Traci happened to be there visiting her cousin. Traci and I had dated at first when we were about 12, as much as you can at that age and then again in high school. We broke up when her family moved to North Carolina. Once we reconnected, we began to see each other exclusively even though she we had to deal with long distance,” Fala said.
“At the end of my senior year, I had gotten into an architecture master’s program at the University of Colorado in Denver. Traci was still at the University of North Carolina at Wilmington, so we made it work until she graduated and could move out there the following year.”

Fala’s program was intense.
“The studios where you did the majority of your projects required a lot of planning and focus. I noticed that the students that already had families or outside jobs that came into the program were very regimented and efficient,” Fala said. “Traci and I talked about where we could go when I completed the program. We were looking all over North Carolina primarily so she could be closer to her family.”

Fala accepted a junior designer and architect position at CJMW Architecture.
“I really learned a lot during my eight years there. One of my favorite projects was working on the ball field downtown for the Winston-Salem Dash,” Fala said.

As Fala was gaining valuable experience in architecture, engineering and design, he and Traci were married in 2006.

As the newlyweds continued to create for a living, he was excited when one of his college friends decided to consider the Winston-Salem area to reside.
“When I saw an opening at the architecture firm I was at, I passed it along to my friend, Ben Schwab. We got to do projects for Boeing in Charleston, West Virginia. We worked on the welcome center for their campus and the delivery center. It was essentially like the car dealership for airplanes if you were looking to buy one,” Fala said.
“It was an exciting time professionally, and also personally. We had our daughter, Ollie (12) in 2010. It has been an absolute joy watching her grow into a kind and compassionate person. She has become such a good listener and knows how to be a leader. I hope she has picked up those life skills from seeing Traci and I do things.”

After eight years with CJMW, Fala and Schwab decided to start STITCH Design Shop in 2009. “When we started STITCH, we focused primarily on modern residential. We knew that we wanted to have envelope pushing modern design. There wasn’t a lot of it in our area. In an effort to be able to make our mark and do something different that would set us apart from all the other architecture firms, that was our vision,” Fala said.
“The idea of being able to be creative and work on something that other people get to enjoy and live in is such a rewarding feeling. I like the idea of being an artist but that your art is actually occupied.”

Fala soon found that their talents would be needed outside of just residential spaces. They were asked to design Bailey Park, a 1.6-acre urban green space in the heart of Innovation Quarter in downtown Winston-Salem.

STITCH got recognition for its efforts, and they continued to grow as a business by adding a third partner, Adam Sebastian to the team. In that time, they expanded their portfolio and have completed 15 parks including ARTivity on the Green off of Liberty Street downtown. Also, during that time, they’ve gone into commercial real estate. “I would say about 75% of our work is in commercial real estate and 25% is residential,” Fala said.

“In 2015, we started a separate company, STITCH Construction that focused on construction and design. We were part of the entire process from concept, constructing to decorating the interior. The neighborhood was called West Salem and we did five houses total. One was for my partner, Ben, and one for my family, and the other three with families in mind that wanted us to build and design it for them. We really wanted to prove there was a market for modern houses,” Fala said.

Although Fala moved into the home he designed for his family, it didn’t take long before someone else wanted to purchase it from them. Subsequently, he and Traci purchased a new home to renovate and put their modern touch on it. Fala and his company began earning recognition and AIANC design awards for this project and various others in the community. Their projects were featured on the 2022 NCModernist Winston-Salem Tour for their ingenuity.

Fala is grateful and excited for what is next. “We are really growing. We’ve just opened a second office in Greensboro and now have 20 employees. Expanding our portfolio to include interior design has been a lot of fun too. We can help you from the beginning of your project to picking out the last piece of furniture that needs to go into it,” Fala said. “Being able to have a job that doesn’t feel like a job makes me feel very fortunate. I get to do what I love. I also know that I only have six more years with Ollie at home before she goes off to college, so Traci and I try to make the most of it.”