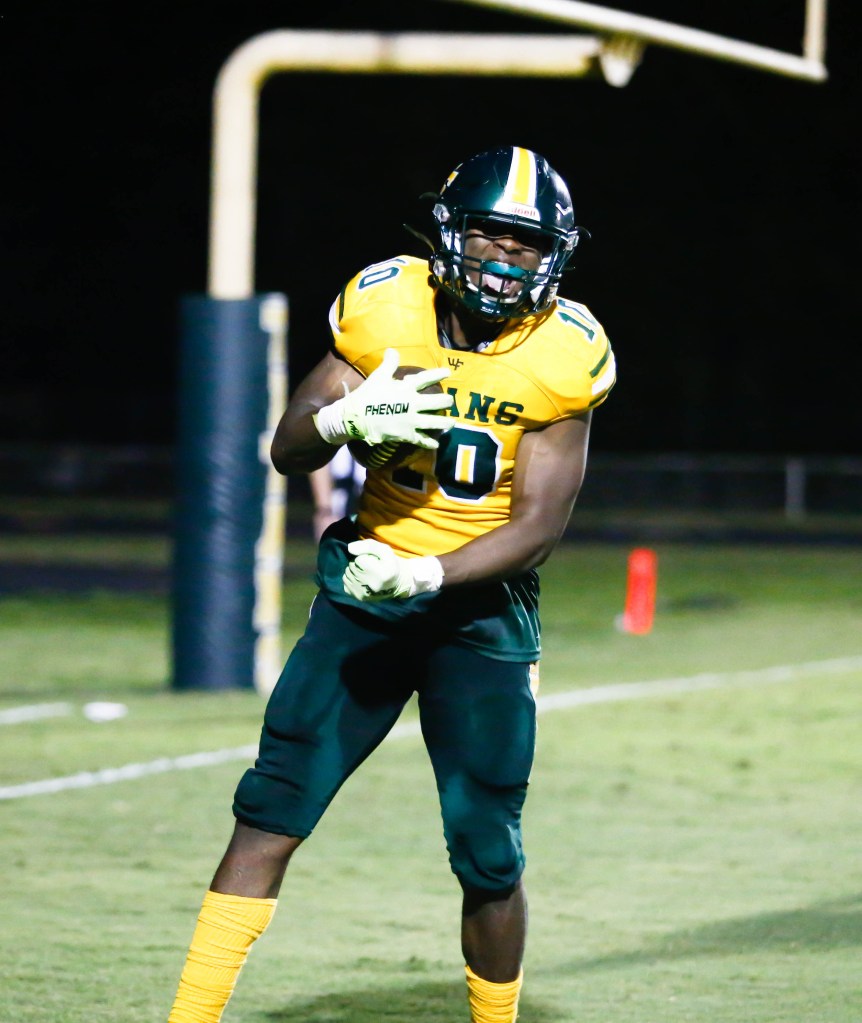 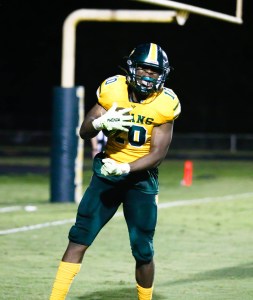 Brad Richard photo
Caleb David celebrates after his 4-yard touchdown run in last Friday’s game against Weddington. David also had an interception in the game.

Titans fall to 0-3 and have a bye this week; open CPC play at Mount Tabor on Sept. 16