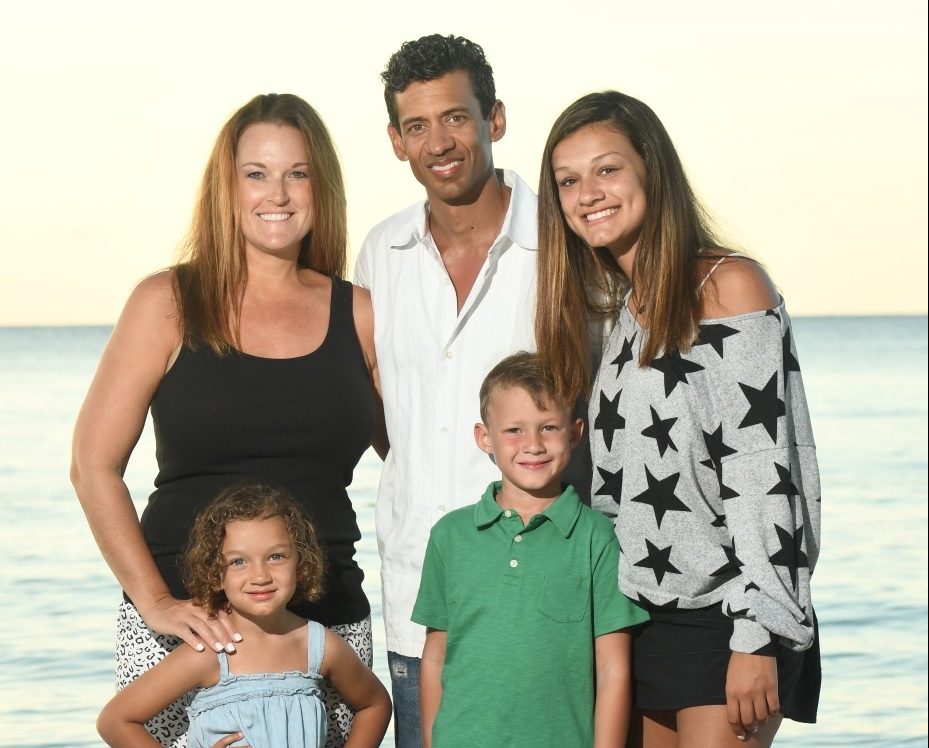 Tiffany Deonanan spent her youth running around a family farm in Elizabeth City. The oldest of two girls, Deonanan loved that there was always some type of animal hanging around too. “There was always a dog or cat around, and I loved that so much,” Deonanan said. “Both my dad and grandfather worked on the farm and grew crops like corn and potatoes.”

Aside from enjoying the outside and being around animals, Deonanan stayed active in extracurricular activities. “I participated in cheerleading and dance. I always tried to stay active,” remembers Deonanan. “Those were activities that I started when I was younger, that I continued doing all the way throughout high school while I lived at home.”

Another aspect of Deonanan’s life that sustained her was a relationship she made when she was just 9 years old. “I became good friends with my future husband, Joel. We were best friends growing up. When we got to high school everyone said that we should date. I guess we finally got tired of hearing the suggestion and gave it a try,” Deonanan said with a laugh. “They were right, we’ve stayed together since high school.”

After high school, Deonanan headed to East Carolina University. “I knew that I wanted to go somewhere that was far enough from home to where I felt independent, but also close enough to be near my family. I had planned on becoming a nurse. Although, I changed my career track to teaching after witnessing someone get injured. I realized I didn’t have the stomach to withstand a profession in medicine,” Deonanan said.

After graduating from ECU, Deonanan moved to Winston-Salem to be near Joel in 2001. “He was attending medical school at Wake Forest University. I was able to find a teaching position in elementary school. I knew I wanted my focus to be in the second, third and fourth grade levels. It’s such a sweet age for teaching children,” Deonanan said.

Joel and Tiffany decided to expand their family in 2006 to include daughter, Ella.
“I continued to teach once Ella was born. Having your own child after teaching others was really special. We welcomed her brother, Breiner, in 2009,” remembers Deonanan. Seeing her children’s close bond and interaction was very meaningful to Deonanan. When tragedy impacted the young family in 2013, it was their closeness that helped them mend their broken hearts. Four-year-old Breiner was killed in a tragic accident when he was outside playing. “It was devastating beyond words. Having Ella helped me get out of bed. We also had an amazing community that came together, especially where we lived in Brookberry Farm. Neighbors and friends would bring meals and drop things off every month for the first year. We felt embraced by so many,” Deonanan said.

Remembering Briener was important to Deonanan. “We talk about him every single day and many times. He is still with us in our hearts. At Meadowlark they raised money in honor of him to build two wells in Kenya. All the grades agreed not to assign homework, but instead do extra chores to do so. It was very touching watching everyone come together,” Deonanan said.
Deonanan also revisited the doctors that cared for Briener when he came into their care. “Our doctor had reached out to me. We started Project Hope which brings people together in those situations where the medical need and care is so critical, that it’s healing to reconnect again once with the families and medical providers,” Deonanan said.

As Deonanan continued to put one foot in front of the other, they received the joyous news that they were expecting a son, Wells, in 2015. “I had made the decision to retire from teaching after 13 years to be home with the kids full time. We had our daughter, Livi Kate, two years later in 2017,” Deonanan said.
“These days our lives are full of lots of activities for our kids. Ella is very passionate about competitive riding, and the kids are in various sports activities like football and baseball. We stay pretty busy chasing after them. What I’ve tried to take away from everything that has happened is that it is important to enjoy the little things in life. Because someday you will realize they were the big things.”