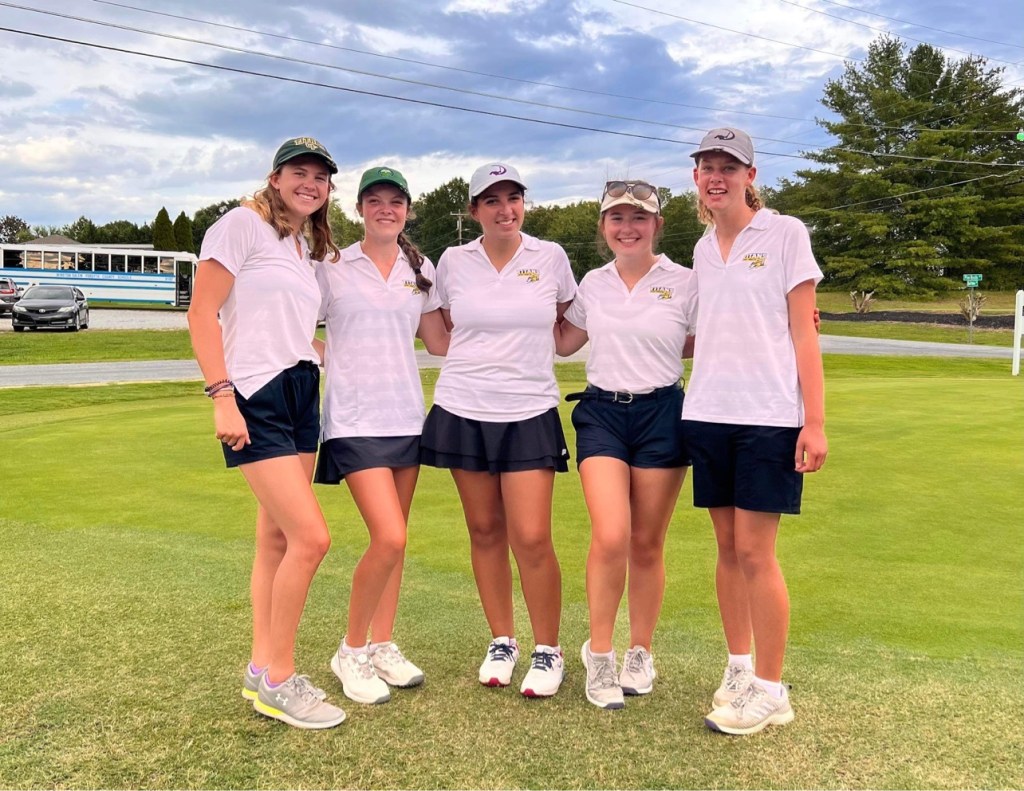 The West Forsyth girls golf team is a perfect three for three in winning Central Piedmont 4-A Conference golf matches this season.
On Monday, the Titans won by six shots over reigning NCHSAA 4-A state champion Reagan in a home match at Salem Glen.
Mary-Paige King was the top individual scorer in the match with a 34. Paige Sidney fired a 35 and Sadie Mecham shot 39 to round out the scoring for the Titans, who had a total of 108.
Last week, West upended Reagan by one shot at Winding Creek. King was the low scorer for West with a 37, tying with Reagan’s Ellie Acrey and Anna Howerton for low score of the match.
Sidney had a 38 and Mecham had a 41 for the Titans, who finished with a team score of 116.
Both of these wins came on the heels of the opening conference match of the season, which the Titans won by one stroke over the Raiders at Pine Knolls in Kernersville.
King shot a 33 in the opening win, followed by Mecham (34) and Sidney (36).
Katherine Perdue and Mackenzie Taylor have also been performing consistently so far for the Titans.