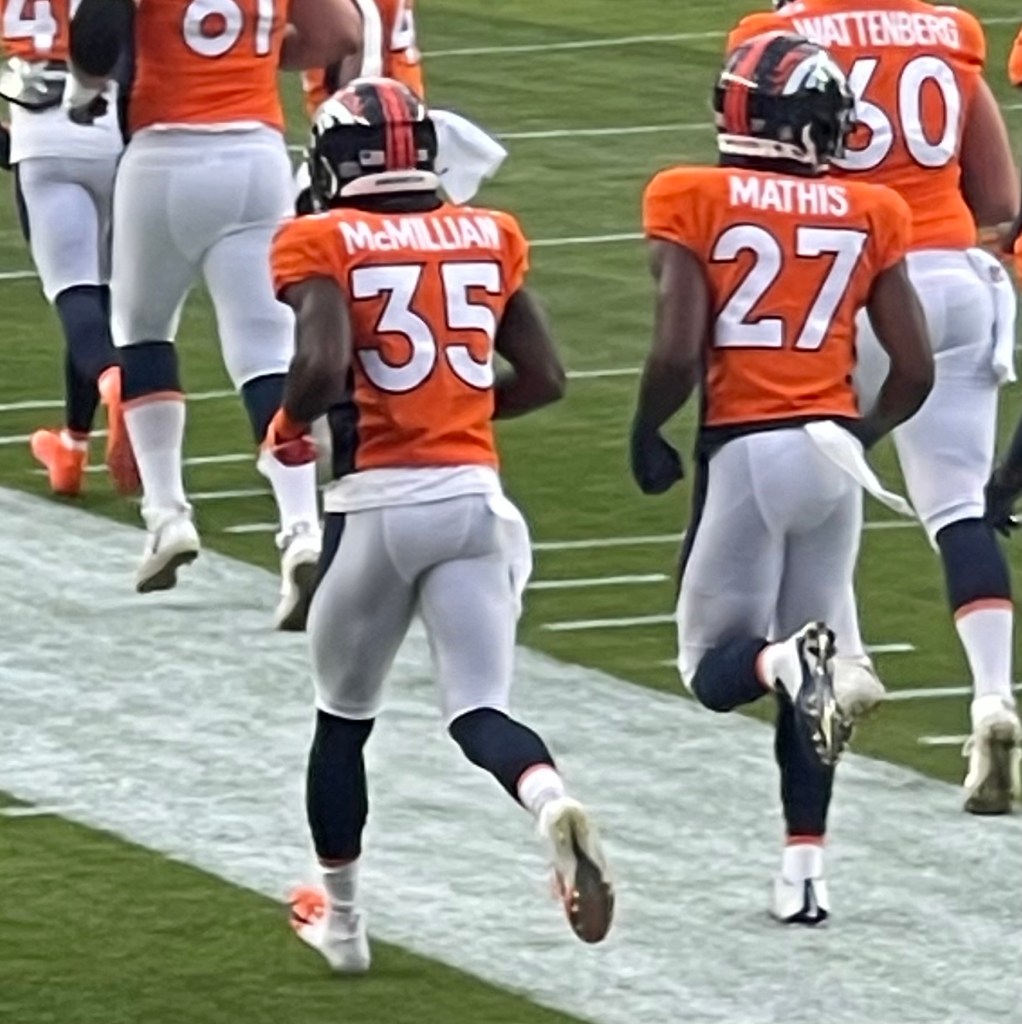 Adrian Snow photo Former West Forsyth football player Ja'Quan McMillian runs onto the field for warm-ups in the Denver Broncos' first preseason game of the season against the Dallas Cowboys.

Former West Forsyth football player Ja’Quan McMillian was signed to the practice squad of the Denver Broncos and is one step closer to realizing his dram of playing in the NFL.
McMillian, who was a standout defensive back for the Titans, graduated in 2019 after a decorated career and went on to play at East Carolina.
McMillian started 29 of the 33 games he played during his three years at East Carolina, finishing with 1127 tackles (97 solo) 12 interceptions, one of which he returned for a touchdown, 23 passes defensed, two forced fumbles and two fumbles recovered.
McMillian recorded five interceptions during his junior season and was a semifinalist for the Jim Thorpe Award, which recognizes the top defensive back in the country. 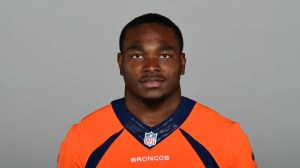 After going undrafted, McMillian signed with the Broncos as a free agent. Though he was cut before the final 53-man roster was released, the team signed him to their 16-player practice squad.
Coach Adrian Snow of West Forsyth knew he needed to be at McMillian’s first NFL preseason game. That meant coaching in a scrimmage on Aug. 12 at Mooresville, driving to the Charlotte airport after the scrimmage, and hopping on a plane to Denver for the game Saturday night against the Dallas Cowboys. Then getting about four hours of sleep to fly back to Charlotte and make the coaches meeting at West Forsyth to prepare for the team’s first regular season game.
“Just so proud of him,” Snow said. “Whatever he gets, he earns, and he deserves all he gets. I love the person he is more than the player he is. I was at his first high school game. I went to his first college game. And I got on a plane and went to see his first pro game because I wasn’t going to miss that. And when he makes a 53-man roster, I’ll be at that game, too.”
McMillian was a four-time member of the Central Piedmont 4-A All-Conference team and was the West Forsyth Male Athlete of the Year as a junior. He had 22 interceptions, two of which were returned for touchdowns, during his career at West.
“He’s an amazing young man,” Snow said. “He’s going to make someone’s 53-man roster one day because he has the heart to do it. My wife has been all around all of our kids and she’ll tell you, Ja’Quan is just special. He’s just different. I’ve been around a lot of great ones, but that one, all the things that he’s had to work through, he has been amazing. He decided he was going to do something with himself, and he will continue to do that.”