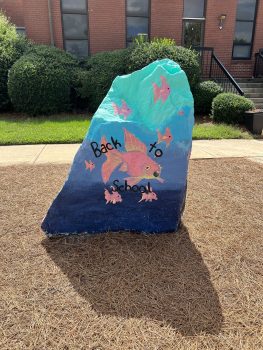 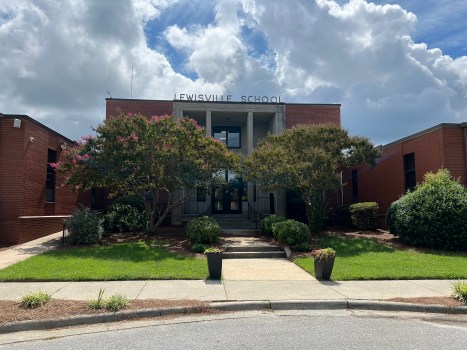 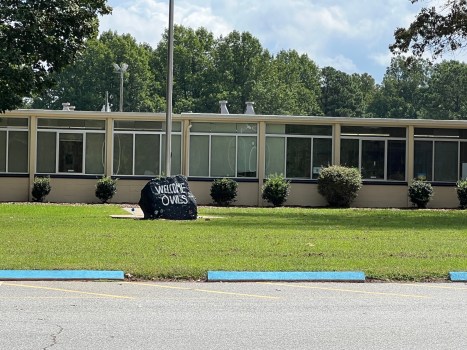 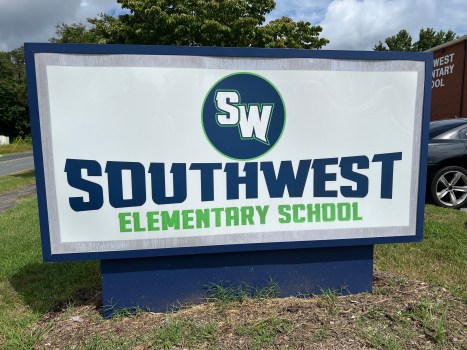 Lewisville Elementary and Southwest Elementary received “A”grades on the school performance grades issued earlier this month by the North Carolina Department of Public Instruction, two of the five schools in the Winston-Salem Forsyth County District to receive that recognition.
School grades have not been issued since 2019 because of the COVID-19 pandemic.
It was the first “A” grade for Southwest since the state began issuing school grades.
Summer Jackson, who is in her seventh year as the principal at Southwest, was ecstatic when she learned the news about her school.
“Just so proud of our staff from everything we — and not just us here at Southwest — everything we went through with COVID,” Jackson said. “We never used that as an excuse. We just accepted that as the situation we were in, and we found a way to make it all work as best we could. They worked their tails off. So did our students. We pushed them to go further than they even thought they could go, and we worked hard towards that.”
All schools in the Clemmons-area also exceeded or met growth in the latest wave of state report cards.
DPI issues the grades based on how well students perform on End of Course and End of Grade Tests, which are heavily weighted compared with a student’s academic growth. The formula for determining the grades has its share of critics.
Eighty percent of a school’s letter grade is based on achievement on state standardized tests and 20% is based on growth, a calculation model that the General Assembly established in 2013.
“School performance grades are really about school quality, but right now the model overemphasizes student test scores while not accounting for the other ways schools are preparing students for post-secondary success,” Catherine Truitt, the state superintendent of public instruction said in a news release Thursday. “The model should incorporate other important metrics — not just high-stakes student testing — to redefine school quality.”
In addition to its “A” grade, Lewisville Elementary exceeded growth.
Clemmons Elementary received a “B” grade and exceeded growth and Morgan Elementary received a “C” grade and exceeded growth.
Clemmons Middle School received a “C” grade and exceeded growth while Lewisville Middle, in its first year, received a B grade and exceeded growth.
West Forsyth High School received a B grade and met growth.
Jackson said that she wanted to have a little fun in breaking the exciting news to her staff.
“We were trying to come up with clever ways to tell them, like thinking of as many things that started with an “A” as we could, coming up with little quizzes around the letter A,” Jackson said. “Finally, I just asked them during a staff meeting, ‘What’s one thing that Southwest has never done?’ and one of our long-time teachers said, ‘oh my gosh, are we an ‘A’ school?’ and the room just erupted when they all realized it.
We’ve worked really hard since I got here to change so much for our students, to identify where they are academically and adjust to that so we can really see that improvement. And I think that COVID really brought that out even more because if our kids in fifth grade were behind, our staff would find a teacher with resources for that appropriate grade-level to use to help get the kids where they needed to go. Our teachers really banded together to share resources, which showed that team mentality we have throughout our school. And now we can see that difference that made. It was really nice to see the benefit of that from the state.”
Jackson said that there were plans to celebrate the staff for the accomplishment for what was accomplished, but also wants to use it as a measure to keep motivation high for the current school year.
“We’re planning on taking them out to celebrate this and we will continue to do little things throughout the school year to keep this positive energy up, because school years are very long and tough for school staff,” Jackson said. “We definitely want to take the time to recognize them for this and let them know how proud of them we are. Our goal now is to continue to do what we are doing but refine the process even more so we can be even more impactful.”