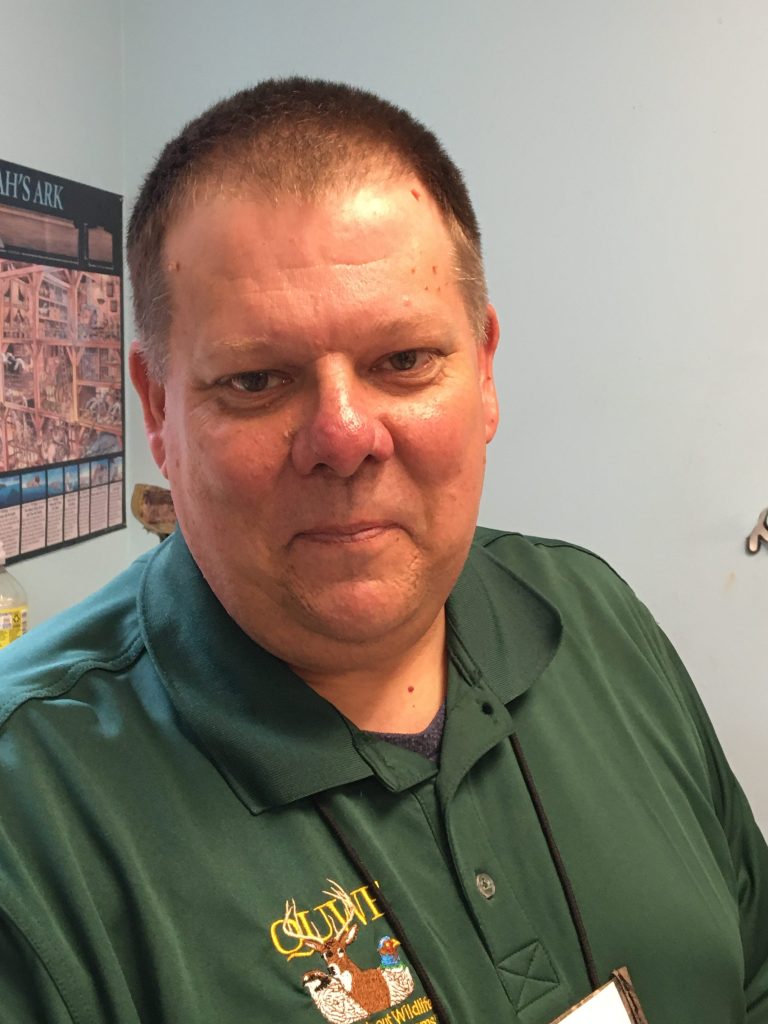 In 1985, when I became outdoors editor of the Winston-Salem Journal, the publisher, Joe Doster, told me I didn’t have to “know everything” about hunting and fishing to do a good job. He knew I loved to hunt and fish, but he figured I was far from an expert.
“Just know the people who know everything,” he said.
I took him to heart and tried over the next 21 years to pick the brains of every good wildlife or fisheries biologist whose telephone numbers I was able to obtain. I literally learned at the feet of some of North Carolina’s best biologists: deer guy Scott Osborne, turkey guy Mike Seamster, small-game guy Terry Sharpe, and “fish heads” like Fred Harris, Joe Mickey, Scott Van Horn, David Yow and Kin Hodges. They gave me a basic understanding of what made game animals, game birds and gamefish grow and flourish.
A group of outdoorsmen had the same kind of chance, condensed into two hours, this past Saturday morning, when Missouri biologist Nick Prough, the chief biologist for the Quail and Upland WIldlife Federation, got behind a podium and taught the basics of improving wildlife habitat to members of the Yadkin Valley Wildlife Federation — tips that he said work anywhere from the Carolinas to Kansas to Wyoming and Montana.
The cause of improving wildlife habitat has probably been the fastest-growing part of hunting over the past 10 years. Quality deer management is, obviously, a close second, but the two are often intertwined. All over the country, hunters are figuring out that if they can improve on the places where whitetails and wild turkeys live on the hunting leases or farms, they’ll wind up with more of them — and hopefully top-quality animals.
“Habitat is simple,” Prough said. “It’s food, water and cover. You don’t have to have a (biology) degree to build habitat; you just have to have the want-to. If you have a chainsaw and a little chainsaw gas, and maybe a UTV (utility vehicle) and a little gas, you can do habitat work.”
In his occupation, Prough works with landowners big and small, trying to help them make their home woods and fields more enticing to wildlife. He might only work on a quarter-acre wildlife opening in timber, maybe a food plot that’s only an acre in size, maybe just improving little pieces here and there. But it all adds up. There might be an extra covey of quail in a year or two, or a couple more hen turkeys may nest there and hang around, and whitetails may find reason to make that little piece of heaven the most-used part of their 2,000-acre home range.
Water is very basic, Prough said. Very few pieces of property don’t have sufficient water to quench the thirst of a big, whitetail buck. And food? He said that food is not a limiting factor on most properties. Food plots — a big deal among a lot of outdoorsmen these days — might be something that attracts more deer and turkeys — but it’s not going to be something that is the difference between success and failure.

The key, he said, is cover. Where can birds and animals nest, breed and hide when they need to? In nesting cover, brood cover and escape cover. And it’s fairly easy to provide, even with the most-basic tools.
Nesting cover for quail, turkeys, rabbits, even deer, is overgrown, grassy areas, particularly those with bunch grasses like bluestem and timothy. It’s where a clutch of eggs can be hidden from nest predators like skunks, opossums and raccoons — not to mention snakes. I flushed a hen turkey off her nest two years ago in May — it was in an overgrown, fallow field from which the cattle had been removed a year earlier. She and her nest were perfectly hidden, and if I hadn’t almost stepped on her, I’d have never known.

Brood cover is created by mowing and disking — Prough calls it “disturbance.”
“The key is disturbance,” he said. “We need to teach landowners to do some disturbance, then put out some seed, and God will do the rest. You get some weeds — foxtail and ragweed — and you’ll have the right habitat.”
Prough said that unkempt “edges” where two different types of habitat meet — say, timber and a field — are potential areas where birds and animals can raise their broods, safe from many airborne and landborne predators. He suggested mowing strips 8- to 10- to 15-feet wide through grown-up fields to provide places where small birds and animals can hunt for seeds, insects and emerging greenery. And not straight stripes. “Deer don’t walk in a straight line,” he said. “I don’t mow in a straight line.”
Prough will also run a disk over those areas to break them up and encourage the natural growth of weedy cover. And there’s no need for a big John Deere; outdoorsmen with access to a UTV or ATV can attach a small set of disks and get the job done. My son and I have planted a 6-acre dove field two of the past three summers with a bush hog and an ATV with a disk.

As far as escape cover, think where a pair of quail or a hen turkey might lead their broods to safety from the local red-tailed hawks or coyotes. Think thick. That’s where the chainsaw comes in handy. Prough called his technique “chop and drop,” or “chop, drop and drag.
He likes to drop “junk” trees along field edges and even back in the woods to create natural brush piles that protect birds and animals. He might drop several trees in an area, attach a chain around their trunks and to his ATV and drag them together to make a huge brush pile — or lay them end to end along the edge of a field to make for a large, horizontal piece of cover that wildlife can use.
“I like to use a hinge cut,” Prough said. “I like to cut through about three-quarters of a tree, about thigh- or waist-high, and just let it fall over on its own. That’s a growing brush pile. Deer love to bed down under and behind downed trees. You can create bedding areas by dropping trees.
“Deer are loafers. They have nowhere to go and all day to get there — same thing with turkeys. You put a half-moon of downed trees along the edge of a field, and you’ll have deer bedding in there.”
Prough also has another less-than-secret weapon. He calls it a “wildlife opening.” He’ll go into a stand of timber and clear out a small opening — often as small as a quarter-acre. He tries not to cut down any valuable trees: oaks or pines. What he wants to do is create an opening where the canopy has been removed and the sun can reach the ground. You don’t even have to create a disturbance; the sunlight and photosynthesis will take over from there, with greenery of all kinds growing up almost immediately, providing food and cover for wildlife within weeks of the chainsaw work.

Prough said wildlife habitat improvement is often a matter of trial-and-error. Don’t be afraid to try and create better cover, and if it works, mimic your effort elsewhere. If you can improve the habitat in two or three areas on your hunting property next year, you can do two or three more areas the year after. Some of your efforts will be failures, he said.
“There’s no such thing as a silver bullet,” he said. “There are a whole lot of ‘YouTube biologists’ out there. They went to ‘YouTube University.’ There’s some good stuff out there, and you can see what guys are trying, but YouTube is filled with silver bullets.”
Putting out mineral blocks (where legal) is a great way to help improve the quality of bucks in your deer herd, but nowhere near as important as letting young bucks walk, he said.
“I put my minerals out to get good trail-cam pix,” he said. “Most deer will crave the minerals and will come and visit every two or three days.”
Last but not least, don’t “turn” any land during the winter. That’s the time that gamebirds and wildlife most need cover and food — and the time when predators are on the hunt the most. So why turn under a field that serves as food and cover? Wait until spring when everything greens up and more food and cover is growing.